Antigone Vlavianou holds a PhD in General and Comparative Literature from the University of Sorbonne Nouvelle Paris 3 and is Associate Professor at the Hellenic Open University (History of European Literature), where she is also head of the European Studies Department and co- Director of the 3rd cycle of the Creative Writing Programme. From 1996 to 2004, she taught Modern Greek and Comparative Literature at the Centre for Open and Distance Learning (CFOAD) of the University of Burgundy in Dijon.

All her publications and research focus on Comparative Literature, urban space in the literary text, the short story form and the avatars of autobiographical writing. She has published four books, guest-edited seven special issues of literary magazines in Greece and France, and participated in numerous collective works. She is secretary of the Administrative Council of the Greek General and Comparative Literature Association. In 2017 she was appointed Knight of the French Order of Academic Palms.

Antigone Vlavianou spoke to Reading Greece* about her latest book O ξανακερδισμένοςτ(ρ)όπος της λογοτεχνίας, noting that “it is the literary texts (spaces) themselves which foster, like palimpsests, the adequate orientations of a comparative reading; and it is to those same texts (spaces) that we return, through this regained mode of access to the space of literature”.

She also comments on the importance of time and place, noting that “it is rather the notions of memory that holds a capital role in this collection of essays”, considering that “there is a whole range of narrative forms that gradually transmute the adventure of memorial writing in a kind of ‘nostalgia for life’…as an expression of a death wish”. She concludes that “thanks to the magnifying glass of the comparative approach to the literary phenomenon…any literary work carries in itself the seed of hope: that of reviving, through comparative study, the regained space/mode of literature”.

Your latest work O ξανακερδισμένος τ(ρ)όπος της λογοτεχνίας [Literature’s space/mode regained] received quite favourable reviews upon publication. Tell us a few things about the book. What about the title?

To begin with, let me point out to non-Greek speakers that the original title is an untranslatable play of words between the Greek words topos "space" and tropos "mode".  The latter, of course, concerns the plurality of comparative modes of access to the literary text. The literary space can indeed be approached from various perspectives, depending on the comparative method proposed and applied by each comparative reading.

That being said, as I note in the preface to my book, regardless of the comparative viewpoint adopted in each case – be it historical, thematic, narratological, aesthetic, psychoanalytical or philosophical – it is the literary texts (spaces) themselves which foster, like palimpsests, the adequate orientations of a comparative reading; and it is to those same texts (spaces) that we return, through this regained mode of access to the space of literature, at the end of a periplus ofsuccessive of convergences, divergences and parallelisms, beyond the spatio-temporal borders of strict synchrony or diachrony. 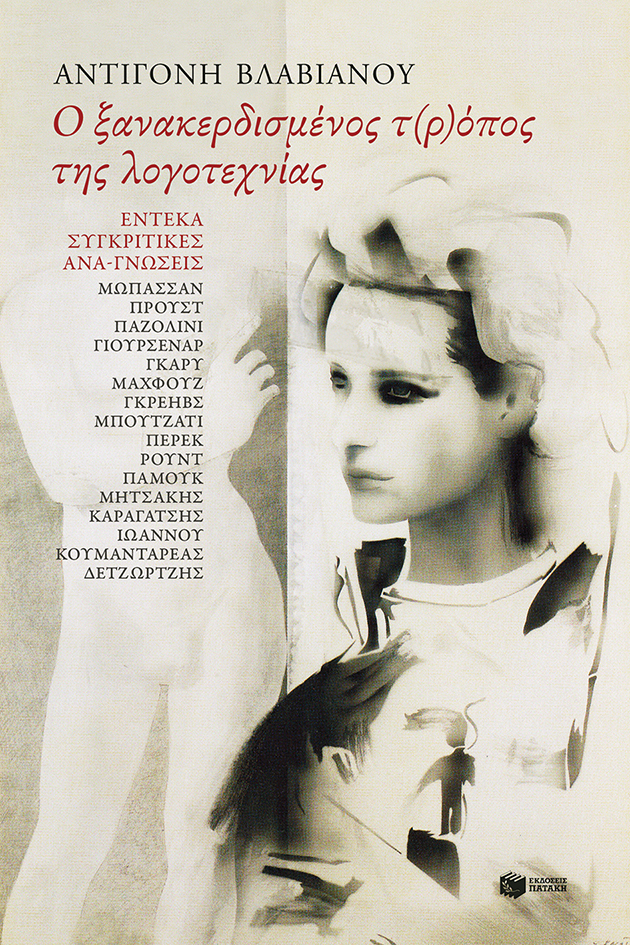 In the preface to your book, you write that "by crossing borders, comparative literature is not just a discipline of convergences but most importantly of divergences and differences, with difference being an 'intrinsic reality' of literary texts". Tell us more.

Any comparative study that takes place on a supranational scale presupposes the notion of identity, on the one hand, and that of difference, on the other. Comparative literature thus carries within itself – ipso facto – an unlimited potential for relations of convergence and divergence, which are antithetical. More importantly, any understanding of world literature, by going beyond the notions of synchrony and diachrony, leads to a "metachrony" which values difference as the only valid coefficient in a unity freed from the constraints of time-span and historical continuity. Consequently, each literary text – conceived on a global scale – carries within itself, in its own discourse, the reality of a complex and enigmatic individuality, which makes its difference a kind of existential and "intrinsic reality".

Unquestionably, there is no better method for highlighting a text's constitutive difference than the singular comparative approach; this draws out of the text the heteronyms that compose its difference from other literary texts, but which also come into play in its own conception. This is what I wanted to demonstrate, for instance, in my study on "the notions of Good and Evil" in Naguib Mahfouz and Pier Paolo Pasolini: in the former, the constitutive difference of the work makes Good a natural – and inevitably desirable – step in the circular movement of time while, in the latter, the existence of Evil becomes a necessary stage in its existence.

The notions of time, place and memory are pivotal in the book. How do you define them?

You are absolutely right in pointing out the importance of these notions. One need only mention the titles of the first two essays in the book ("A peripatetic re-reading of Omonoia Square in Mitsakis, Ioannou and Koumandareas", "Semi-public and private spaces in French and Greek literature [...]") to understand the validity of your remark about the notion of place, which is not only limited to the urban space. (A few quick examples: the places visited by the homo viator Hadrian in Yourcenar, Combray in Proust, the island of Corfu in Detzortzis... they are as much "regained spaces" of an ultimum refugium in perpetuum, as the long walks in the plain of the vita eremetica of Gustave Roud.) However, thinking of any being who remembers, with the notion of time replacing that of a near or distant place (cf. Proust's famous "tripping over" between present and distant places), I would say that it is rather the notion of memory that holds a capital role in this collection of essays, starting with the magnificent drawing on the cover of the book, by the Greek painter Christos Karas, which bears the title "Memory". However, from the book's cover to the Memoirs of Hadrian – which are studied in parallel with those of Claudius by Robert Graves – passing through "the memory of things in the work of Georges Perec and Giorgos Ioannou in the light of Pasolini's gaze", there is a whole range of narrative forms (from the autobiographical narrative to the fragmentary writing of a polyphonic truth, from the epistolary confession to the formless discourse of the stream of consciousness) that gradually transmute the adventure of memorial writing into a kind of "nostalgia for life" (as a painful feeling of exclusion), as P. P.  Pasolini would have put it, that is, as an expression of a death wish. 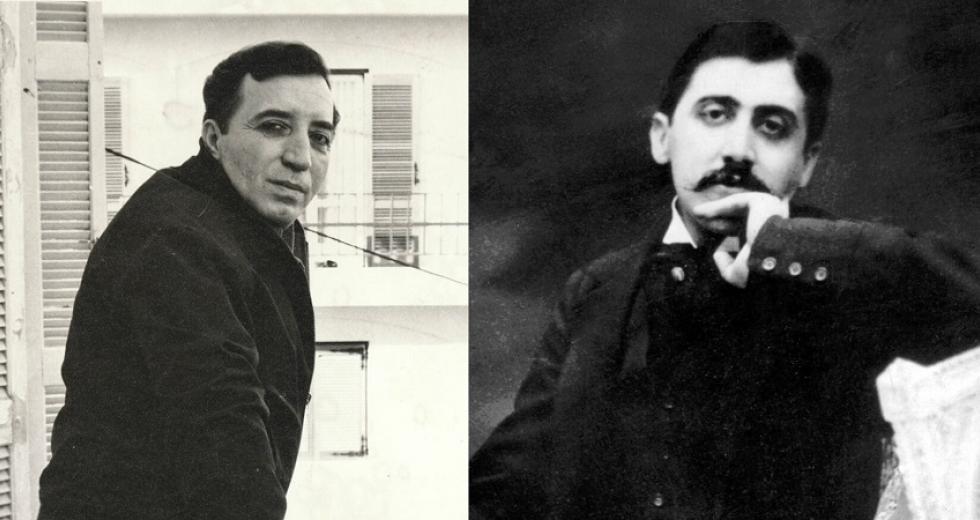 In his review of the book, Giannis Mougolias notes that what’s quite innovative in your approach is the way texts, writers, ideas and visions are dealt as a comparative act. What purpose does this "study of literature as a supranational phenomenon" serve?

I am particularly touched by your reference to the critique of this film specialist. He was probably sensitive to the mosaic of authors discussed, both Greek and foreign, to the texts, the places, the plethora of images and ideas that the comparative approach can combine. But to be honest, I could not claim originality for an approach which – while adopting a singular perspective for each study, as I said before – is not innovative with respect to the existing comparative research. If there is indeed genuine "originality" in my work, it rather lies in a sort of stubborn and systematic re-reading – as the eminent comparatist Lizy Tsirimokou points out in her foreword to the book. This approach functions as a "polychromatic literary kaleidoscope" to hopefully open up new avenues for comparative reading, creating a dialogue between "kindred spirits" who, without ever having planned or even thought of it, follow parallel paths. Thanks to this "second sight" on the authors and the texts, my re-readings attempt in a way to offer them the perspective of a second life.

How have Greek writers related to world literature? Where does the local/national interweave with the global?

Following the principle, mentioned above, of the creative fusion of comparative analysis methods, this re-reading of the texts not only affirms their ownliterariness but also denotes, above all, their potential for emancipation, autonomy and responsibility in terms of a wider, indeed global, literary universe. Yet, comparative study, through its analytical as well as synthetic approach, overcomes to a certain degree the alternative between a microscopic study (that dissects the thematic, morphological, narrative and stylistic analogies between the works, whether they originate from the same nation or not) and a macroscopic study (that focuses on dia-topical and dia-chronical semantic categories). It thus proves capable of restoring the identity of literary creation throughout the world: a creation freed from all spatio-temporal obstacles as well as from any political or national concerns.

It has been argued that Greek writers who live in Greece play no role in the so-called "world republic of letters", noting that no Greek author or trend is included in textbooks and surveys of, say, Romanticism or the Avant-Garde, feminism or post colonialism, the ballad or the short story. Is there a way for the challenges of integrating Greek literature in the international field to be met?

I think it is very difficult to take into account all the factors - which are, besides, quite disparate - which define the "world republic of letters" to which you refer, the famous "Weltliteratur" to which Goethe aspired. It is precisely the complexity of the literary phenomenon on a universal scale that generates the need for a comparative outlook, which alone is capable of transcending all barriers specific to the uniqueness of each language – on a cultural and literary level – in order to legitimise "difference" as the foremost criterion for embracing the singularity of the other.

Naturally, the value of a work is defined by the place it occupies in a universal space, which in turn is defined by the place that its national space occupies in this same universal space and, eventually, by the place that each work occupies in its own national space. That being said, thanks to the magnifying glass of the comparative approach to the literary phenomenon, which makes "difference" the subject par excellence of its problematique and its interpretation, any literary work – regardless of whether it comes from a "small" or a "great" literature – carries in itself the seed of hope: that of reviving, through comparative study, the regained space/mode of literature. At least that is what I have tried to illustrate in my book.