Reading Greece: Danae Sioziou on Poetry as a Means to Narrate Inner and Outer Landscapes

Danae Sioziou (b.1987) was raised in Germany and Greece. She studied English Studies (BA), Cultural Management (MA) and European History (MSc). Her books so far: Useful Children Games and Probable Landscapes by Antipodes Editions.  Her first poetry collection was awarded both the Writers' Society “Yannis Varveris” Prize for Young Authors and (ex aequo) the State Literary Prize for New Authors; in 2019 it was published in German by Parasitenpresse, translated by Elena Pallantza and the LEXIS Group. D.S. was, for several years, co-editor of the poetry journal “Teflon”. Her poetry has been translated in more than ten languages, anthologised (for example by Karen Van Dyck in Austerity Measures, Penguin Books, 2016 and NYRB Books, 2017), and presented at numerous festivals and other events in Greece and abroad. 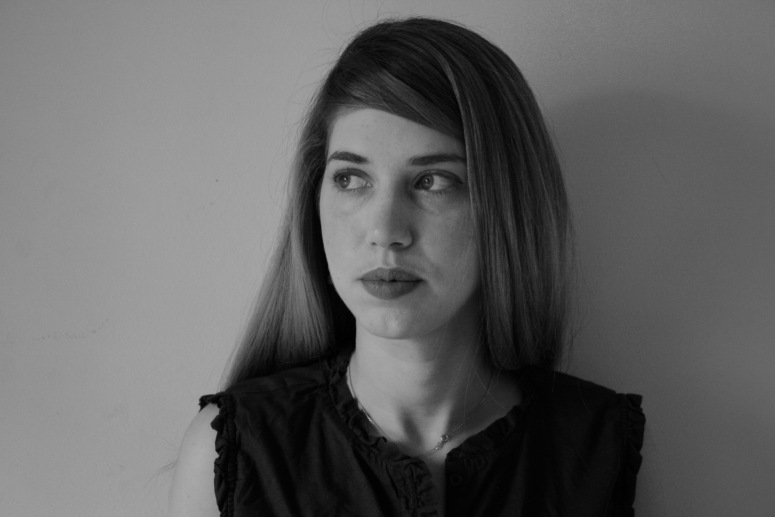 Danae Sioziou spoke to Reading Greece* about her second poetry collection, “a book about inner and outer landscapes”, “an exploration of the art and craft of poetry in terms of creating your own inner map, voice, and mythology”. She commented that among her main themes her poetry touches upon are “language, imagination, oppression”, a dialogue “between light and darkness, humor and irony, mythology and mundane reality”, adding that for her, “language is a conduit for freedom".

Your second poetry collection Probable Landscapes was just published by Antipodes. Tell us a few things about the book.

Probable Landscapes is a book about inner and outer landscapes. It is an exploration of the art and craft of poetry in terms of creating your own inner map, voice, and mythology. It combines modern and traditional means and themes along with an understanding of poetic rhythm and a vivid narration style. Probable Landscapes begins with two mottos. The first is from Aesop’s fable about the kid and the wolf: “it is not thou who mockest me, but the roof on which thou art standing.” The other is by Agnes Varda: “if you opened people up you would find landscapes.” The book consists of five parts. Each part includes poems that focus on a specific theme: the first part, Greek Dream, explores a series of local landscapes and events as well as a number of transitions. The second chapter, Anthropogeography, refers to a mode of systematic analysis in anthropology but shifts the focus from the influence of environments upon people to the exact opposite, i.e. how people shape and produce social spaces and how relationships change your idea and feeling about where you belong. Mythologies are poems about characters from ancient Roman and Greek Mythology, such as Cassandra, the Danaides, Tantalus, Ixion, Ippo and Antigone. They focus on punishment, gender, sexuality, and transformation. Tropicalities include poems about how the crisis has shaped my life and my experiences during the last years. The last part is a more personal endeavor. I tried to articulate this feeling of how I lose and find myself through poetry, how I trust words and what they do for me.

In his review of your first poetry collection Useful Children Games, Socratis Kabouropoulos commented that your writing is “in some respect closer to the women poets of the 1970s in that that there are ‘bottled-up, scattered or marginalized messages in the text’ which ‘properly equip us to intervene against repression and injustice in the world’”.  Which are the main themes your poetry touches upon? Would you say there are recurrent themes of reference that appear in both books?

I consciously emphasize gender roles because the so-called gender bias in Greece (as well as elsewhere) is still very strong. There are more main themes that my poetry touches upon like language, imagination, oppression. I can’t keep from talking about what hurts. I try to compensate for it by creating dialogues between light and darkness, humor and irony, mythology and mundane reality. The natural world has been one of the recurring subjects of my poetry. I am almost always looking for a rhythm and a more complete understanding of language structure, while storytelling, mythology, and narration serve to unshackle my fantasy and unravel my fascination with paradoxes. I studied literature and history, which in turn cultivated my tendency to tell stories. It was a family thing as well: I was raised in a large extended family, whose members emigrated, so a very common habit in every gathering was storytelling. I believe storytelling bridged the gap between the pre-industrial landscapes of my parents’ village and the postmodern, capitalistic lifestyle that came after. It serves as a doorway into parts of their lives I have never known, those stories of survival are a powerful testimony. I also think it is quite common. I am very interested in understanding the voices of the past, listening to them, remembering them, and I have long studied the work of women poets from previous decades. However, today, I feel closer to contemporary women poets and their work offers me great inspiration. 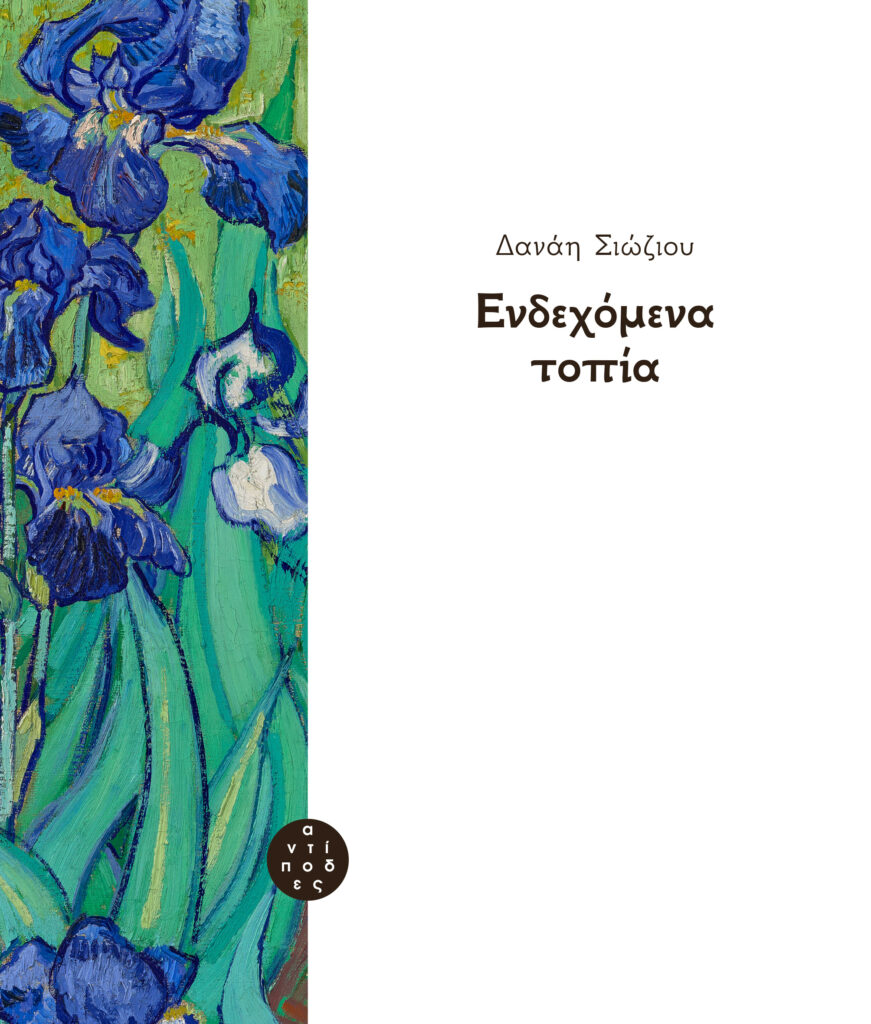 What about language? What purpose does language serve in your writings?

Language serves many different purposes in my writing. In reality, one part of the writer’s work is to trust the words and another is to manipulate them, because language shapes our brains and our reality before we can perceive it. For me, poetic language is a conduit of freedom. Sometimes I work on a piece whose language needs no mediation to reach the reader -which is actually quite difficult to achieve- and other times I allow words to do as they wish to and trust the flow before I trust the meaning. I also enjoy using banal and cliché elements from everyday life and unexpected word or theme choices. These serve as good-natured pranks but also allow me and my poetic language to become more vulnerable and tender. Language in general is a huge issue for me since I am trilingual. I grew up in Germany and Greece and studied English. I also speak Spanish and have studied French and Turkish. I hope to study more languages in the future, although I juggle my day job and my writing and other art work in general, so my time has become progressively limited.

You have stated that among the Greek cultural trends you find more interesting are “the various voices emerging in poetry, the foundation of new publishing houses and literary journals […] the emergence of young artists who elaborate on the current condition in their own terms”. How is this burgeoning of art in all its forms to be explained?

As it always has. Art is vital for survival, art is vital for life, for education, for celebration, for mourning, for progress, for science, for the production of social space and purely for the sake of art as well.

There are many emerging voices in poetry, but they are not countless, and my generation is already getting older. There are a few new publishing houses but they don’t get enough support from the State. During the pandemic bookstores were closed, like everything else in Greece, and suffered along with the art world in general. The emergence of young artists who speak about the current condition in their own terms is a hope for the future of art and literature in Greece. However, poetry, literature, and the arts in general have always been engines of creativity and freedom. Until a virus eradicates the human race or a comet hits the planet or the sun goes out, we hope that art will continue to flourish infusing our lives with beauty, meaning, and purpose. It is hard to make a living as an artist, let alone as a poet or a writer. One faces serious financial problems, unemployment and serious problems with housing. 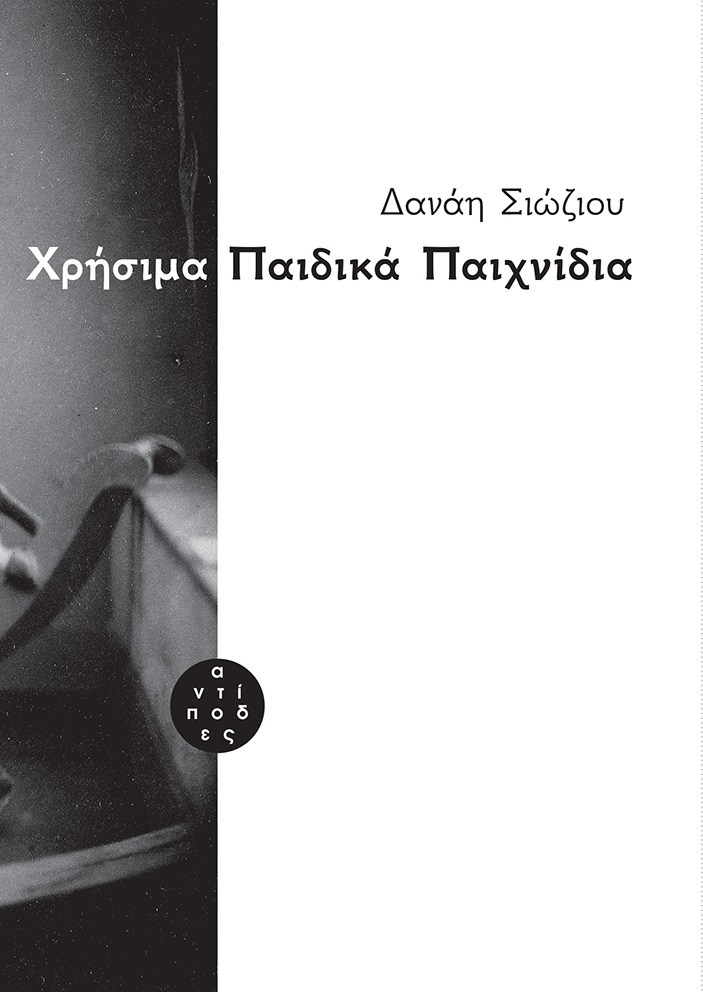 Would you agree with those who argue that “the new generation of Greek writers is multicultural, multiethnic and multigenerational”? Are there some common traits that would allow us to talk about a distinct poetic generation?

This is not the case, and this is actually a major problem which should be addressed. Unlike other countries, in Greece we have yet to see multicultural and multiethnic writers. I mean, yes, I was raised in two countries, and there are a few other examples of writers who are first- or second- generation immigrants but what we don’t hear about are the stories of the generations of immigrants and refugees that have been arriving in Greece during the last few decades. We have minorities from Africa, the Philippines, Syria, Afghanistan, Iraq etc. but where are their stories?

As far as the second part of your question is concerned, we can always invent common traits that would allow us to talk about a distinct poetic generation. For example, it is useful to frame literary production in terms of historical and socioeconomical factors. I am not sure there are any common characteristics concerning experimentation and distinct, common styles.

How do Greek poets relate to world literature nowadays? How does the local/national interweave with the global?

Greek poets are being translated, they collaborate, and they are members of communal initiatives and solidarity groups, and serve as distinguished members of creative platforms and organizations. Technology, social media and the internet in general, enable new forms of creative initiatives, communication, exchange of ideas, and gathering. The local interweaves with the global the way we experience it in our daily lives. Less represented minorities make use of such opportunities but they remain underrepresented. In Greece we lack a national book policy and national book centre as well as decentralized facilities and organizations that would offer support and opportunities to writers that come from or live in the provinces, to writers of underrepresented minorities. The State as well as the private institutions have been reluctant to offer financial aid, scholarships, or fellowships to writers, although they play a vital role in shaping the cultural assets of the country, its global representation, and its social, political and artistic future as well. As for myself, I am a member of the Book History Lab in the National and Kapodistrian University of Athens, of the Versopolis Poetry Platform and I collaborate with groups and institutions that facilitate cultural and educational initiatives. I am currently working on a new project that will hopefully allow me to fulfill some of my dreams for the future.