Considered one of the most important writers of modern Greek literature, Maro Douka belongs to the so-called generation of the 1970s, a literary term referring to Greek authors who began publishing their work during the 1970s. 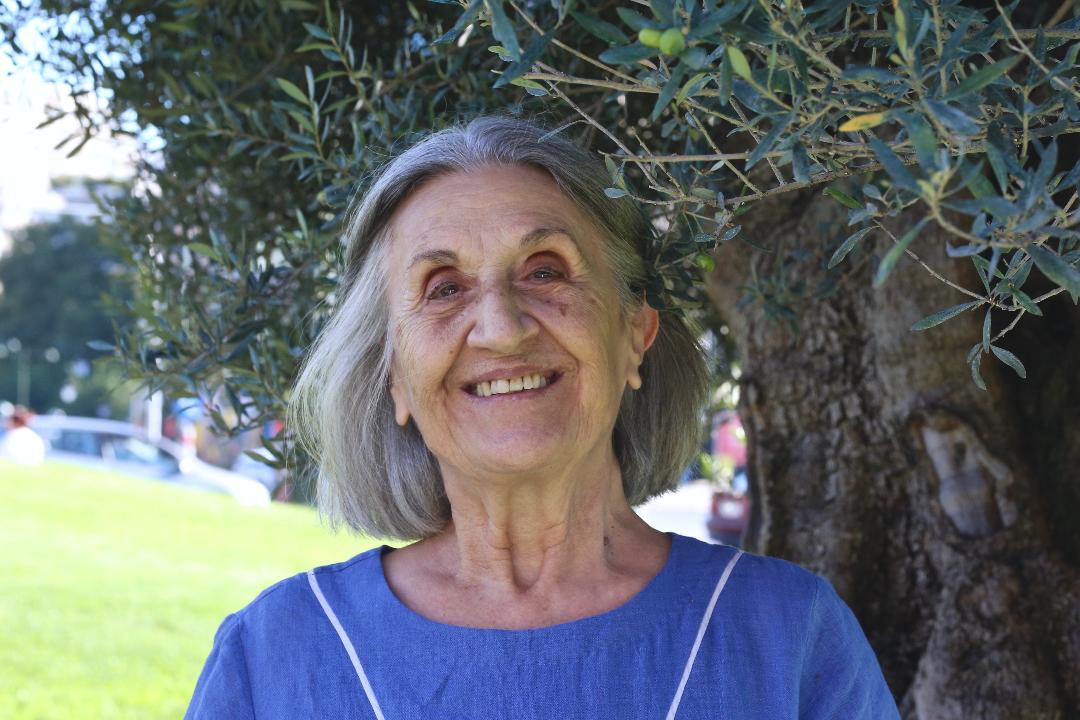 @Αντιγόνη
She was born in Chania, Crete in 1947. She studied archaeology at the University of Athens and has lived in Athens since 1966. Her debut work, Η Πηγάδα [The Cauldron], based on her imprisonment in 1967 by the Military Junta, was published in 1974, just a few months after the Metapolitefsi. Her work has been published in periodicals and newspapers, and she received numerous international prizes in recognition of her works and contribution in literature.

Her short stories have been translated into French, German, Italian and Russian. Fool’s Gold has been translated into English, French, Italian, Serbian and Albanian, The Floating City into German, At the Bottom of the Picture into French, Come Forth, King into English and Italian, Celestial Mechanics into Italian, The Innocent and the Guilty into Serbian, Turkish and Lithuanian.

Her novels dwell mostly on women’s way through the troubled years of the Greek history. They possess deep insight into the individual consciousness still keeping the social and political events in focus. Douka is free in integrating the Western European and Greek literary techniques upon which she builds on her own original manner of writing. The events of the historical past or actual present take part in creating the characteristics and psychology of her characters, which are colored by her own experiences and adapted to her vision of the composition and type of narrative.

Novellas, short stories, novels, essays, within a period of almost forty years. What led you to writing? Which continues to be your driving force?

I would say that what led me to writing was my need to express myself, to put my thoughts and feelings in order, to see the world filtered through the potential of the word that contains it and the depth of the image that reflects it. As I have repeatedly argued, every writer is primarily defined by his concrete point of view. A look directly dependent on his temperament. A temperament that comes from far away, worked with “time and effort”. And, as I myself look back, to all the heroes I invented to haunt me, I feel that my path in writing could have the meaning of an incessant conversation with language, with narration and its techniques, with the fiction of the event and the timelessness of the current moment, looking for ways to combine logic with emotion, the dreamy with the real, the individual with the collective. And it is exactly this itinerary-wandering-conversation that I would say constitutes the driving force of my persistence from one book to the next.

“…I remember, experience, invent, imagine, identify, appropriate, accept and finally enable a theme to take its place in my linguistic space and to impose its narration on me”. Which are the main themes your writing delvesi nto?

I certainly converse with History, but I (primarily) converse with my/our time, with the present at its various levels and through different perspectives. Thus, I would define my themes as social in the first place. Themes that directly depend on my fictional characters and their psyche. And it’s here that verbal scale plays a decisive role, as you mentioned in your question… 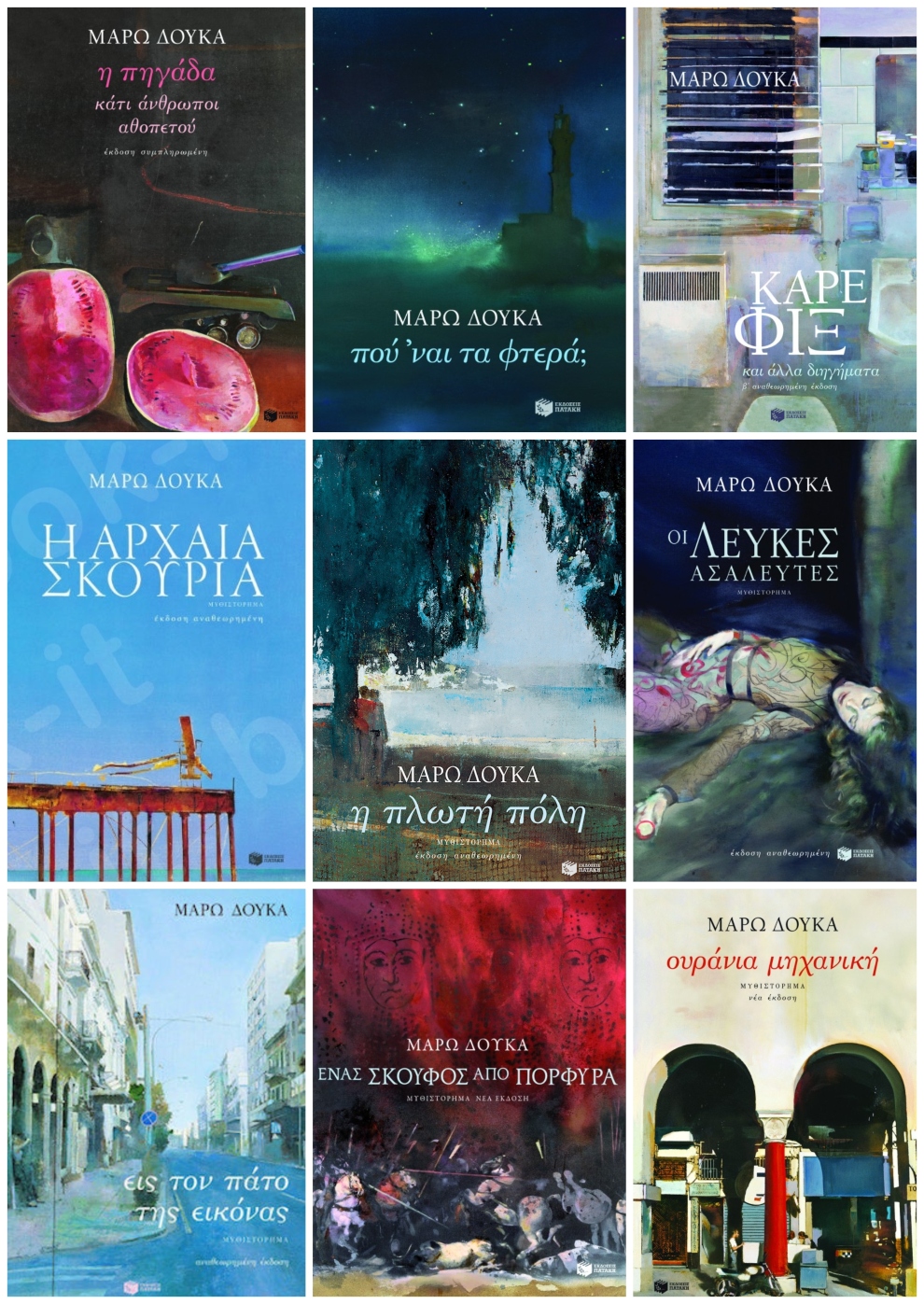 Your writing in general seems to be defined by critical realism. What about language? What role does language play in your writing?

A critical realism which is, however, intertwined with the dream, the imagination, expressed through the lateral and internal monologues of modernism, where the hero becomes autonomous, yet always in the service of the writer. From one book to the next, every theme searches for its own form and every character seeks its own language. Thus, language for me constitutes the primary, the dominant material of writing. Without language, a text does not assert itself…

Your writing, both in terms of theme and modern narrative techniques, largely captures the atmosphere of ‘metapolitefsi’. How have the historical and social aspects of that time been reflected in your work? Where does the individual meet the collective in your books?

I would say that the mark an era leaves, whether positive or negative, constitutes, consciously or not, the main issue at stake in any prose.  Even when a writer claims that he "sails" in his own seas, many have sailed in the same seas before him. Whether he likes it or not, he speaks, directly or indirectly, about his time… and what will distinguish him is his way of writing, his language, his personal look…

«It’s mainly through my books, for almost four decades now, that I define every time in a different way but always the same my relation with politics, the way I perceive politics, how since 1974 I perceive the world and my  own place in it, my toil and my relationship with writing”, you stated in an interview to Mikela Chartoulari. How does writing relate to the world it inhabits?

Whether we like it or not, the world that surrounds us influences us and defines us as human beings, shapes our psyche, one way or another, determines and solidifies our character and temperament. And he who has chosen to “live” by writing, even if he has to go thousands of years back to tell his story, he will nevertheless have his gaze turned to the world that surrounds him; it’s from this world he will drawand it’s this world that will ignite his imagination…

Literature, like any form of art, is by nature unconventional, obeying solely its own rules and manipulated solely by its own rhythms. Socially / politically militant literature or writing as an autonomous act?

Indeed, every form of art is in some way or another unconventional, obeying its own rules and manipulated solely by its own rhythms…. Yet, its own rules and rhythms come to nest inside the deepest self and the deepest cause of the artist who tries to express himself through hard work, “with time and effort”. Thus, as far as I am concerned, writing is of course militant in the service of its autonomy, as defined by the concrete way of the artist and by his demands in life.

How has the recent socio-economic crisis, as well as the current pandemic, affected reading habits? Do you agree with those who argue that the ties connecting readers with the choices and orientation of traditional publishers have been broken, creating an aesthetic and intellectual space that remains to be filled?

At first, whether it was true or not, hypocritical or not, we all stated that we spent our time reading. Thatouroldfavoritewriterskeptuscompany. Thus, the first messages that came to me regarding reading were positive. Beyond that, I am in no position to know whether readers’ ties with the choices of big publishing houses have been broken. The good thing is that publishers persist, publish books, follow the international book market. And readers respond positively, as far as their money and mood allow them to. And let us not forget that as a people, we are not known for our love for reading. We often buy books, stack them and wait to feel in the mood to read them, but unfortunately this mood doesn’t come often … 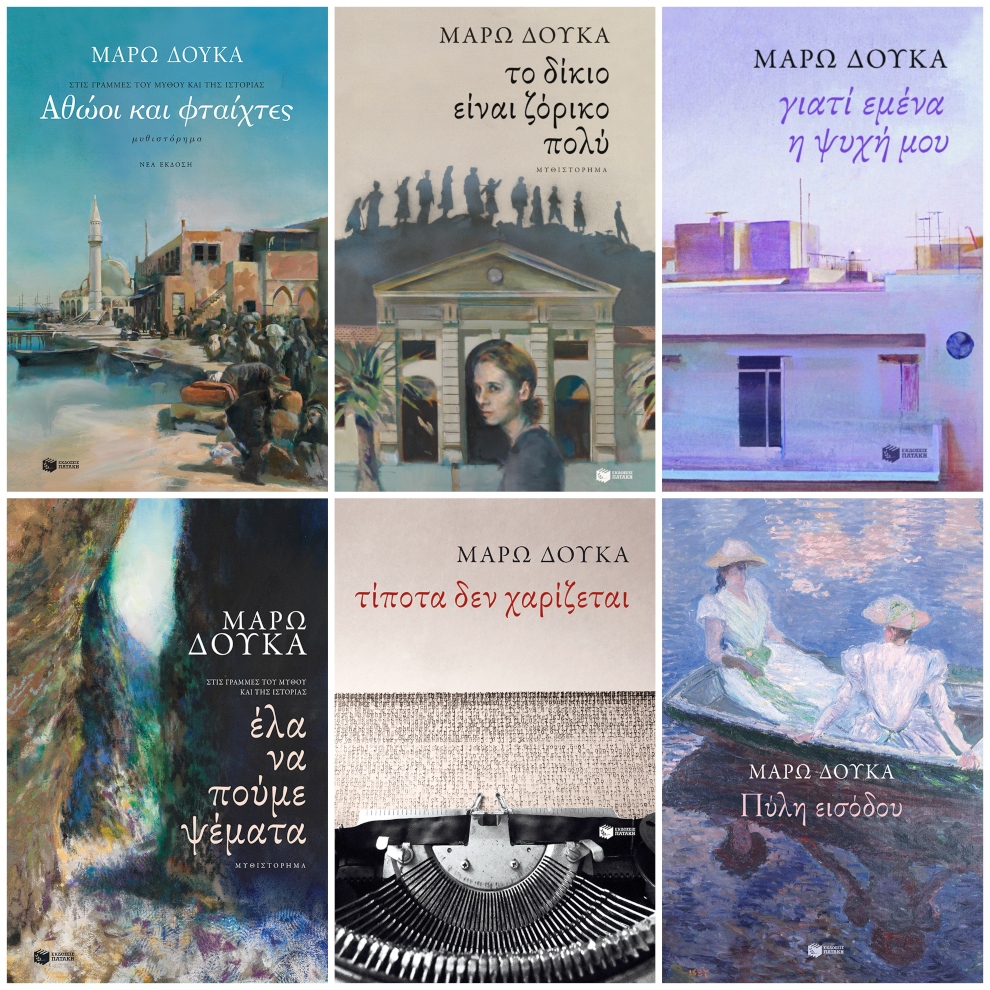 It has been argued that there is a lack of a concrete, long-term book policy in our country. What should be done at an institutional level for the promotion of the Greek book, both within and beyond national borders?

Ιbelieve that it is important for student libraries to reopen and where there are in operation, to be systematically renewed. The school curriculum should also include, in addition to the literature course, the reading of an extracurricular book with the necessary analysis-review at the end of the school year.

As for the promotion of the Greek book beyond national borders, there should be, at an institutional level, consultation between the Ministry of Culture and publishers, financial support for the translation of Greek books abroad and a concern regarding their advertising and promotion. It would be good for cultural centers in embassies and Hellenic Culture Centers, in addition to any anniversary events, to be interested in the promotion of translated books so that they are not just stuck on bookshelves but read as well. This of course also concerns publishers, whether they consider books to be a cultural product and not just a commercial one; it also concerns readers and their reading habits… As for the promotion of books within the country, reading clubs could definitely be helpful, and the same goes for creative writing workshops as long as they comply with the necessary creative reading…

"As for the special characteristics of young novelists and poets, I would like to note that their relationship with language is original and at the same time diligently elaborated; that they talk with the past and the present without prejudice”. How do you evaluate this new generation of Greek writers?

Positively of course. But I cannot rate them! Each era has its own requests and demands. As I have repeatedly said, we have good young novelists and poets; the issue is how far they can go, whether readers, who are nowadays accustomed to light literature, can follow them…