The 18th Thessaloniki Book Fair opens its gates today and will turn the city of Thessaloniki into an international book capital from 24 to 28 November 2021. “Last year, the 17th Book Fair was organized exclusively online, but this year it will take place in its natural environment. In addition, we will take advantage of modern technology and the experience we gained so as to host a rich programme of online events”, stated the President of the Hellenic Foundation for Culture, Nikos Koukis, in an interview to Reading Greece. 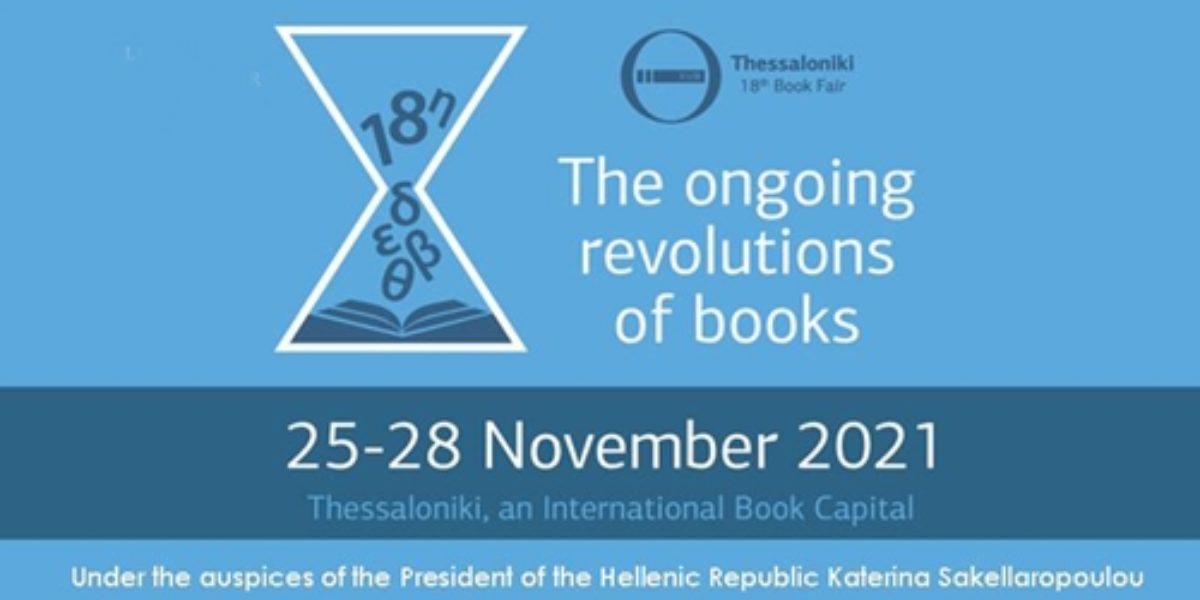 This year, TBF’s central theme will the ‘The Ongoing Revolutions of Books’, aiming to combine the celebrations for the 200th anniversary of the Greek Revolution with all the changes that took place during the pandemic regarding our perception of books and literary events (the technologies of tomorrow). “We want to make it bigger, stronger and more international, because of our location,” says Nopi Chatzigeorgiou, coordinator of the Thessaloniki International Book Fair. “Greece has always been open to both East and West and the Balkans. We want to share our books and ideas with all people and countries”.

German-language literature will be this year’s Guest of Honour with authors invited from German-speaking countries as well as book professionals. Aiming to foster dialogue, networking and exchange of ideas, the programme “Let’s talk!” is co-organized by Goethe-Institut Greece, Litrix.de and the Frankfurt Book Fair with the support and funding of the German Ministry of Foreign Affairs. 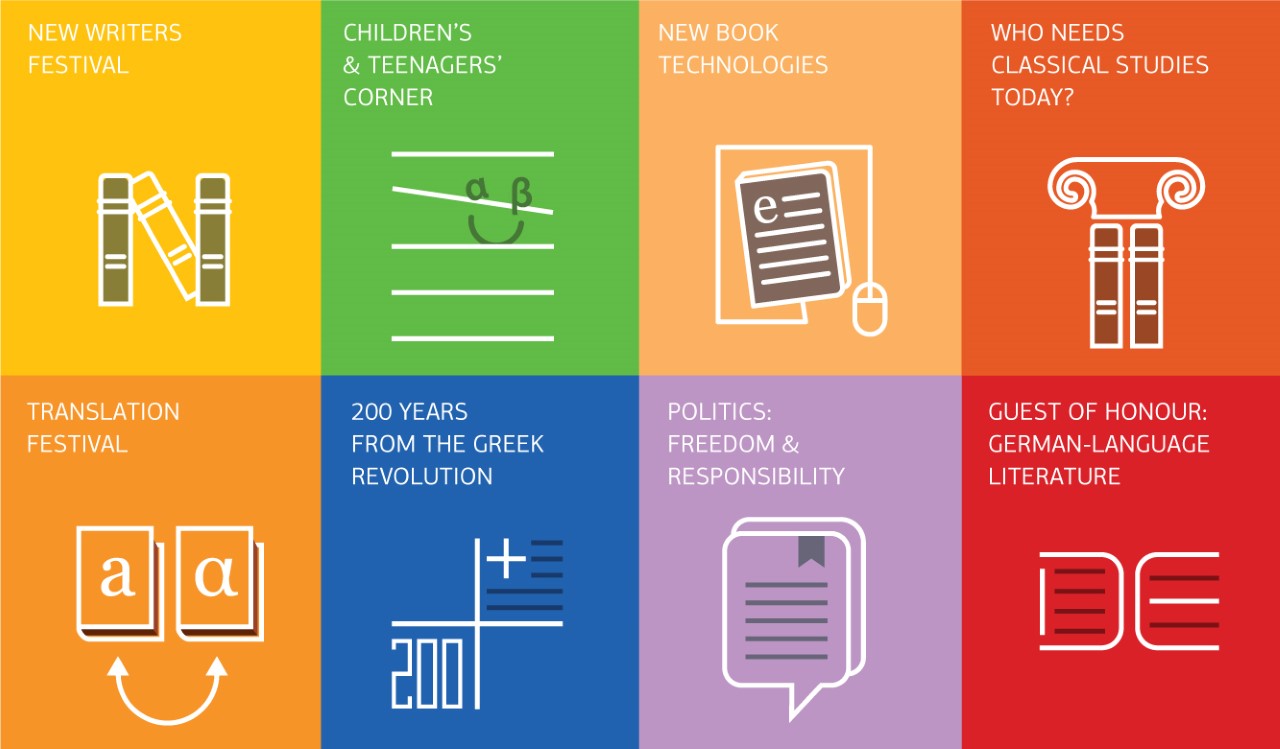 Additionally, the 18th TBF will focus on the following themes:

The debate on classical studies is open. Humanities studies are under pressure around the world, due to the use of new technologies and practical sciences which favour immediate profit; however, their importance in cultivating humanistic values and people internally is undeniable. The 18th TBF aims to act as a catalyst for a broader dialogue on the subject of Classical Studies, aiming to foster the study and promotion of classical letters.

Among the themes that will play a prominent role in the political discussions and book presentations will be the quarantine period with its curfews for the protection of society, and the respective debate on freedoms and individual responsibilities, issues of sexual harassment and the request for dignity and overcoming fear, the social media, and so on.

Every year, events for children, teenagers and teachers become some of the most dynamic attractions of TBF. With their main priority cultivation of the love of books in children, teenagers and teachers, this year, the Children’s and Teenagers’ Corner will be enriched with a student conference; public discussions among students and people from the fields of Arts and Literature will also be held.

The TBF will also host its usual program of events that includes the New Writers Festival, the Translation Festival, the Librarians’ meeting as well as presentations of new publications, discussions with authors, thematic exhibitions and screenings.

A series of events and meetings is also planned for book professionals including international participants themed “The future of books”, aiming to discuss issues that concern the international market in the new digital reality, as it was formed due to the constraints of the Covid-19 pandemic.

This year, the Hellenic Cultural Foundation will honor the Thessaloniki writers Matsi Chatzilazarou (1914-1987) and Anestis Evangelou (1937-1994), while a discussion on the literature of Thessaloniki will also be organized.