You ask the questions –We provide the answers: 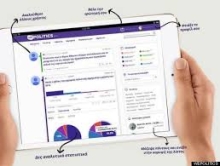 WePolitics is an online tool that aspires to revolutionize political expression. The project is the brainchild οf Yannis Evmolpidis and Vassilis Zoupas, whose aim was to use social media to provide direct and liberal communication among users, while finding a way to evade stagnation in the field of politics. After two years of research and hard work, “WePolitics” was born, creating a new political social network that connects citizens with decision makers.

Within two months of its launch, there are more than 1000 registered users who express opinions, ask questions and vote on a daily basis. It is a smart and sophisticated tool, but also very easy to handle: users simply complete their profile online and are automatically connected with other users. Thus, an online neighborhood is created, where people can freely express their views on issues that matter the most and ultimately make their voices heard! Smart infographics are used to explain who shares the same or opposite views, by providing data according to sex, age and location, ultimately making political interaction and opinion exchange a pleasant and easy task.

Want to know and understand what happens in the Parliament?: 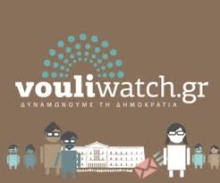 Vouliwatch is a digital platform that engages Greek citizens with legislative politics and grants them the opportunity to communicate, evaluate and hold elected representatives in the Greek and European Parliament (MPs & MEPs) accountable. A non-profit initiative aiming to promote public dialogue, it was launched in March 2014 as a result of a long and persistent team effort.

Its founding members-who are of diverse backgrounds and careers, from national and European politics to communications, social entrepreneurship and digital innovation-worked hard to create a digital tool offering users the chance to ask questions and receive public replies by MP’s and MEP’s. At the same time, the team works with politicians and civil society so as to promote a culture of dialogue and understanding, creating a space where democracy can thrive!