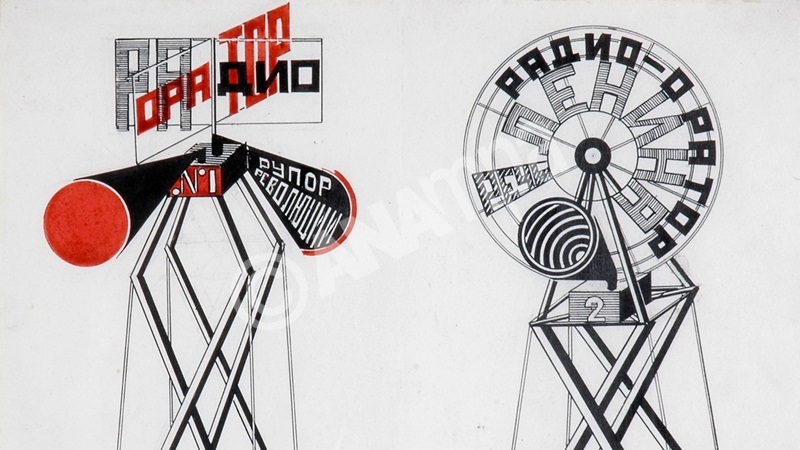 The exhibition “Beyond Common Sense” presents 67 works, along with Kostakis’ archival material (photographs and screenings), of the most representative artists of the Russian avant-garde such as I. Kliun, A. Rodchenko, L. Popova, and K. Malevich, thus covering the entire spectrum of the movement. The exhibition is divided in four sections representing the most significant thematic tendencies of this artistic trend. The first section presents the art's transit from the representation to non-objectivity. The relation between art and nature as established through the work and the lessons of Mikhail Matyushin, is presented in the second section. The third section follows the relation between art and architecture that leads to the production of useful objects. Russian Constructivist Vladimir Tatlin's flying machine "Letatlin", one of the latest projects of the Russian avant-guarde that did not become reality, will also be displayed. Finally, the fourth section introduces the work of Solomon Nikritin, one of the artists of the newest generation of the Russian avant garde, who connects his painting with the irrational which in turn leads to a feeling of terror and despair.

The Kostakis collection includes 1,277 unique artworks of the Russian Avant-Garde (1900- 1930) bought by the Greek Ministry of Culture in 2000. The core of the collection - which is the largest Russian avant-garde art collection outside Russia - belongs to the State Museum of Contemporary Art in Thessaloniki, while the remaining 834 paintings and graphic works were donated by the collector himself in 1977 to the State Tretyakov Gallery in Moscow.

The Greek collector George Kostakis was born in Moscow in 1913, where he lived for the biggest part of his life. Although he had no special education in the arts or contact with modern art, he was gifted with a rare aesthetic instinct. In 1946 he was much impressed by seeing a painting by Olga Rozanova, and thus began an interest in the Russian experimental art of the early 20th century. For at least three decades he methodically collected works of the Russian avant-garde, ignoring the aesthetic prohibitions of his time which considered the avant-garde movements as decadent remnants of the bourgeoisie, while the Socialist realism was the only acceptable aesthetic method leading to the distinction of the art in two grounds: “official” and “unofficial”.

In the 1960s and 1970s the apartment of George Kostakis in Moscow was connected with the “forbidden art” of the avant-gard and was functioning as an unofficial Museum of Modern Art, attracting the company of young painters and students, foreign diplomats and politicians, famous artists, writers and musicians. Igor Stravinsky, Marc Chagall, Henri Cartier-Bresson, Nina Kandinsky, Edward Kennedy and David Rockefeller were among the guests. In 1977 George Kostakis left the Soviet Union. After staying for one year in Rome, he moved to Athens where he died in 1990.