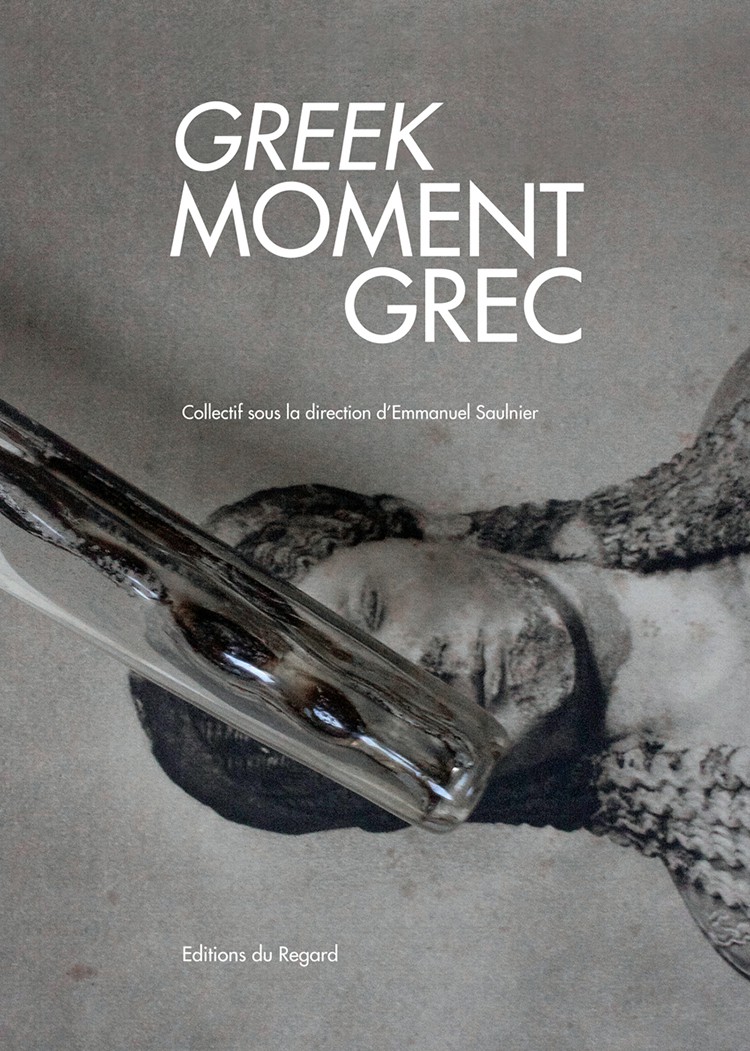 “GREEK MOMENT GREC” is the title of a pluralistic and collective volume based on the output of GREEK MOMENT the creative project directed by French sculptor Emmanuel Saulnier. The content of the book provides a reflection on the Greek crisis from a different point of view. It can be used as a tool which aims at explaining and better understanding this phenomenon in the light of contemporary art. This book is a contribution to the European sphere, considering Greece as a crisis laboratory. It's a study dedicated to Greece, its history and current situation perceived from an artistic point of view, including visual arts, literature, cinema, history, politics and science.

Saulnier and Pierre-Alexis Dumas, artistic director of Hèrmes brand and director of the French cultural institution “Les Arts Décoratifs”, put questions about the Greek crisis and share their thoughts and concerns in the book. Filippos Koutsaftis, Olivier Descotes,  Denys Zacharopoulos, Christos Chryssopoulos, Yiannis Boutaris, Maria Tsantsanoglou, Maria Tsagkari, Evangelia Kranioti, and Athanasios Zagorisios, have also contributed in “GREEK MOMENT GREC”. The book is also an account of Saulnier's and his studio students' stay in Greece and the artworks produced in the frame of the project Greek Moment.

The book, published by Editions du Regard, was first presented in Paris last September, and a few days later, on October 20th, in Athens, at the premises of the French Institute. It is worth noting that the book presentation was followed by the screening of the film “Nostos” directed by Sandrine Dumas. The film is inspired by the story of Greek painter and war correspondent during WWI, Thalia Flora-Karavia. Dumas travels back in time to retrace the footsteps of the painter in the Greek communities of Constantinople and Alexandria in the 20th century. It's a film about cosmopolitan diversity and the need to find one’s roots...

“Greek moment”: two lectures, a French-Greek dialogue and an exhibition 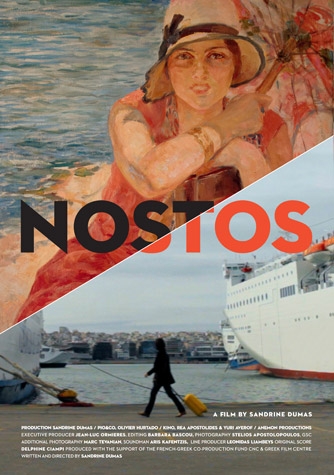 Saulnier is known for his surprising and unique work, shown in Europe and throughout the world since 1975. When looking at his works, with their uncertain stability, fragility seems to be its hallmark. That is mainly due to the fact that he uses fireproof glass (pyrex) for each one of his pieces; a resistant, tough and transparent material. Saulnier has been teaching at the “École nationale supérieure des beaux-arts de Paris”, since 2002. The professor himself and twenty-five studio students at the École have been exploring, through a project, the basic elements of sculpture around the world. Following its success in Istanbul, Valparaiso and Tokyo, the project continued in Greece under the title “Greek moment”.

The Greek “dimension” of the project has its roots in a lecture given by Saulnier, almost three years ago (December, 2013), during a conference organized in Paris (Palais de Tokyo) on the occasion of the celebration of the 10th anniversary of “Alberto Giacometti Foundation”. The theme of the lecture was “ELLIPTICAL PRESENCE. Conditions of existence and Greek moment”. A second lecture was given, in Athens this time, at the premises of the French Institute, on May 14th, 2014.

On the occasion of the GREEK MOMENT project, the studio artists visited Greece in 2014, met with Greek artists, film directors, writers and intellectuals and had the opportunity to experience living in Greece for a short period of time. Saulnier is wondering: “Is there anything more monumental in Europe today than this GREEK MOMENT? Everyone finds himself in this primordial and contemporary history. Each one of us can understand how important and fragile – at the same time- the structure is.”

Saulnier shared his thoughts and concerns about the Greek crisis with Pierre-Alexis Dumas. According to the latter, “...we ought to ask ourselves about the Greek crisis, in order to understand what is happening in Europe and worldwide. The effort to understand the consequences of this crisis under the spectrum of contemporary art completes and enriches our perception about the global crisis which concerns us, Europeans, as well. This initiative began before the refugees flow, which is an additional problem...I believe that artists are often undervalued, although their deep and daring look could simply help widen the limitations of our perception and make the world richer...The artist’s role is to make the invisible visible”.

Part of the project was a two-day exhibition from September 27th to September 28th 2014, highlighting installations and objects elaborated by the participant artists, hosted by the Folklore Museum of Aegina. 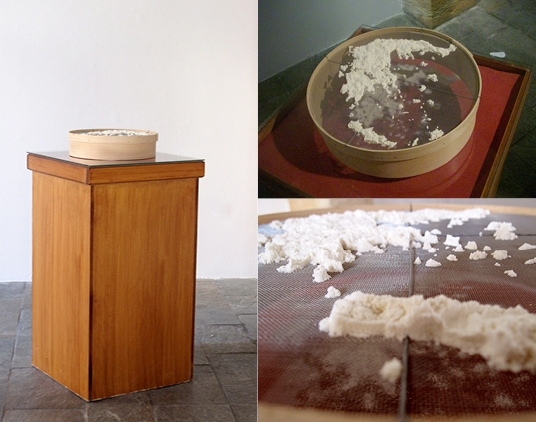