The Unseen Museum: A 7,000 Year Old Enigma on Rare Exhibit

Beneath the bustling with life halls of the National Archeological Museum an altogether different world is hidden. Statues, gold jewelry, valuable bronze vessels, as well as personal everyday objects patiently await the moment to become the centre of attention. Starting in 2015, antiquities selected from the unknown world of the storerooms, one after the other, emerge every two months from their secure state of obscurity into the light, inviting the fans of rare memorable moments to capture their stories and narratives. 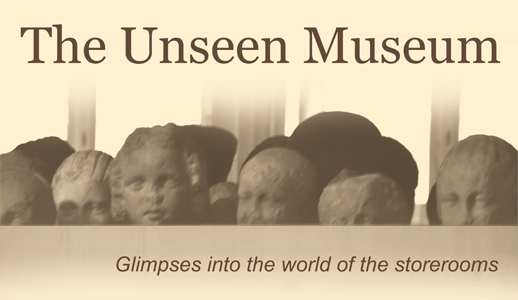 After eleven wonderful objects that came to light, the Unseen Museum presents "a 7000-year-old enigma". The mystery refers to a unique in size sculpture of the late Neolithic era that depicts in a strange way the human form.

Carved out of granite, the 36 cm (14 inches) "enigma" statuette has a pointed nose and long neck leading to a markedly round belly, flat back and cylindrical stumpy legs."It could depict a human-like figure with a bird-like face, or a bird-like entity which has nothing to do with man but with the ideology and symbolism of the Neolithic society," Katya Manteli, an archaeologist with the museum, told Reuters, adding that “regarding technique and size, it is among the rare and unique works of the Neolithic period in Greece”.

Experts also cannot be sure of its provenance, as it belongs to a personal collection. They assume only that it is from the northern Greek regions of Thessaly or Macedonia. More puzzling still is the lack of clear indication of sex. Is it due to technical sculpting limitations? Or did the sculptor intend to create an asexual figure. Archaeologists believe the fact that the statuette is polished suggests the figure is in its final form, although they maintain that if the sculptor had the appropriate tools it would have taken a more specific form. “Yes, it could be a pregnant figure but there are no breasts, used in Neolithic times to depict the female body. On the other hand it lacks male organs so it is presented as an asexual figure. There are enigmatic aspects to it which make it charming”. 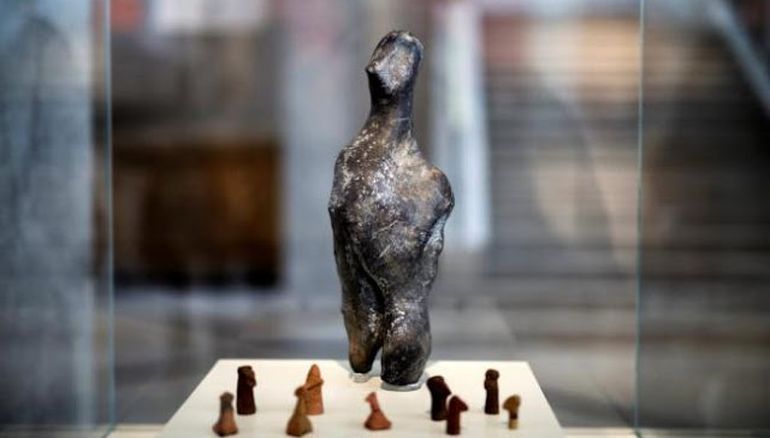 On March 10 and 19, the museum's archaeologists will welcome visitors at the exhibition and talk to them about the interpretations of the human form in Neolithic times, as well as the multifaceted and unknown meanings of figurines in the early societies of Greece, several thousand years ago. The 7,000-year-old enigma will be in display at the Altar’s Hall until Sunday 26 March.