Greek Pavilion at the Venice Biennale: A Laboratory of Dilemmas 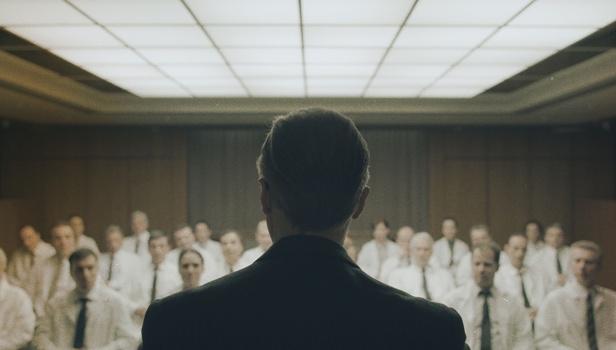 The artist George Drivas will represent Greece at the 57th International Art Exhibition – La Biennale di Venezia (13 May – 26 November, 2017) with the video installation titled Laboratory of Dilemmas, curated by Orestis Andreadakis. The National Museum of Contemporary Art, Athens (EMST) has been appointed commissioner of Greece's national participation.  The work has been selected by an advisory committee, appointed by the Hellenic Ministry of Culture and Sports, among a total of 30 proposals.

Laboratory of Dilemmas is a narrative video installation – based on Aeschylus’ theatre play Iketides (Suppliant Women, 464-463 b.c), the first literary text in history that raises the issue of a persecuted group of people seeking for asylum.

Aeschylus’ play poses a dilemma between saving the Foreigner and maintaining the safety of the Native. Addressing current global sociopolitical issues, the work deals with the anguish, puzzlement, and confusion of individuals and social groups when called upon to address similar dilemmas.

The Suppliants have left Egypt to avoid having to marry their first cousins and arrive at Argos seeking asylum from the King of the city. The King is then faced with a dilemma. If he helps the foreign women, he risks causing turmoil among his people and going to war with the Egyptians, who are after the Suppliants. But if he doesn’t help them, he will break the sacred laws of Hospitality and violate the principles of Law and Humanism, leaving the Suppliants to the mercy of their pursuers.

Laboratory of Dilemmas  focuses on the play’s dilemma through the excerpts of an unfinished documentary in the form of found footage about an old medical experiment, which was never completed. Τhese excerpts reveal today, for the first time, its details:

"Should they scientists leave an old and a new cell population to organise in the hope that, through their interaction, the new cells would be able to survive? Or should they prevent them from organising and condemn the new cells to extinction, fearing that this union would dangerously corrupt the existing culture?”

The acclaimed actress Charlotte Rampling has a leading role in the videos of Laboratory of Dilemmas, along with well-known Greek actors such as Yorgos Kotanidis, Lazaros Georgakopoulos, Kora Karvouni, Polydoros Vogiatzis, Rena Kyprioti and Panis Kalofolias.

As Evgenia Giannouri puts it in the exhibition catalogue “the shift of the initial dilemma from the sphere of the socio-political to that of the cosmological dealing with the relationship between science and ethics is the foundation upon which rests the narrative structure of the installation. The transfer from one to the other is justified by the reflective relationship that arises between them. George Drivas creates a symmetrical “analogon” of the dilemma facing the society of Argos: embrace the “foreign” or maintain the “domestic”? A symmetrical “analogon” which transposes the qualitative features of the question raised by Aeschylus, aiming ultimately to outline the current situation of the world and issues related to the changes brought to the international geopolitical landscape.

The viewers are invited to activate their experiences as citizens of a world scarred by what Edward Said calls “the rift forced between man and his homeland”. To the dilemma and confusion that make up the content of the narratives, George Drivas adds an additional variable – that of form. The uncertainty regarding what we see and hear determines our experience as viewers. Are we witnessing actual facts or rather their representation? Are we confronted with mere fiction?”

Indeed, as professor Nikos Panayotopoulos notes, from the Laboratory of Dilemmas – from this Kafkaesque universe in which the life and death of the foreign body is perilously determined by a power capable of being absolute – there emerges a profound question addressing the false universalism of the West or, in Pierre Bourdieu’s words, the “imperialism of the universal” (of which Europe has been the quintessential incarnation): isn’t this “irrationalism”, as the refugee issue is often depicted nowadays, partly the “product” of our own rationalism; a rationalism which is imperialist, despotic and conquering or compromising, protective and repressive, depending on the place and time?

Asked by ArtReview’s Venice Questionnaire to comment on the meaning of representing Greece in Venice Biennale, the artist George Drivas stresses that “Laboratory of Dilemmas is not about Greece, it’s about every country, it’s a message that I wanted to send from today’s Greece to the rest of the world. It raises a question about the possibility of a shared vision on an international scale. It calls upon discovering our common universal values. What is that we believe in, the hero of my work wonders in the end of the installation. What kind of societies do we want to have? To ‘represent’ a country means for me to use this opportunity in Venice, in order to express a message that goes beyond your borders – as an artist, as a country and as a human being.”