"Eleusis, the great mysteries" at the Acropolis Museum 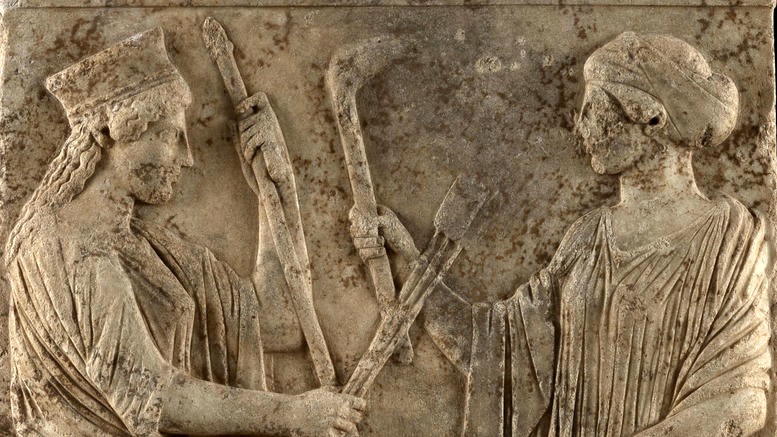 A temporary exhibition titled Eleusis, the great mysteries is hosted at the Acropolis Museum in Athens, showcasing archaeological findings of great importance from the site of Eleusis. It forms part of a series of temporary exhibitions, launched by the Acropolis Museum in 2015, featuring findings from various archaeological sites from the Greek periphery, in an effort to shed light on lesser known and yet very significant sites, outside of Greece’s bigger cities. Previous events of the same series included “Samothrace. The mysteries of the great gods” and “Dodona. The oracle of sounds”. The exhibition will last until May 31, 2018.

The exhibition resents the most important artifacts brought to light by the archaeological excavation in Eleusis. The ancient city of Eleusis, situated close to Athens, was renowned for the Eleusinian Mysteries, most famous of the secret religious rites of ancient Greece. They were yearly initiations for the cult of Demeter, the goddess of harvest, agriculture and fertility of the earth, and her daughter, Persephone, wife of Hades and queen of the underworld. The basis of this religious practice is believed to date from the Bronze Age; it was a major festival throughout the Classical and Hellenistic era, and later spread to Rome. 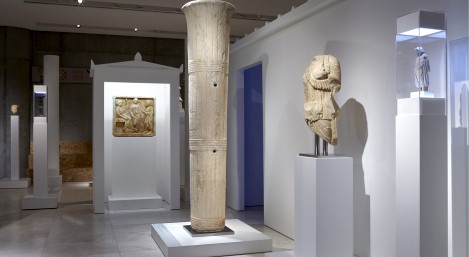 According to the myths, the ruler of the underworld, Hades, had seized Persephone to take as his wife. Desperate, Demeter went in search of her daughter; her anguish caused a catastrophic drought. Hades was forced by Zeus to let the girl go, but before that he tricked her into eating food from the underworld, binding her to this place. Thus, Persephone could only spend half the year close to her mother, and the other half with her husband. The change in Demeter’s mood, depending on her daughter’s presence, was the cause for the sequence of the seasons.

The mysteries represented the myth of the abduction of Persephone in a cycle with three phases: the descent into the underworld, Demeter’s search, and the ascent - with the main theme being the ascent of Persephone and the reunion with her mother. The rites and beliefs were kept secret from the outsiders, and the sites of the ceremonies were strictly forbidden to the non-initiated – hence they were called “mysteries”. For the initiated, the rebirth of Persephone symbolised not only the arrival of spring, but also the perpetual cycle of life, and they believed that they would have a reward in the afterlife.

The exhibition presents the most important artifacts retrieved from the archaeological excavation in Eleusis, such as a statue of the “Fleeing Persephone” (around 480 BC), a votive relief depicting Demeter and her daughter(470-450 BC), ceremonial vessels, as well as monuments depicting the leading figures of the great mysteries, Hierophant and Dadouchos. It also features findings from Athens, linked to the festival; at the time, a religious procession started from Athens, with initiates and candidates for initiation, who walked along what was called the "Sacred Way" and ended up in Eleusis.

The exhibition gallery has the form of the great hall that used to host the rites, the Telesterion including a small-scale version of the Anaktoron – a small palace at the centre of the hall, which could only be entered by the Hierophant. In there, visitors can watch a 15-minute video presentation with aerial photographs of the “Sacred Way”, representations, models, the archaeological site of Eleusis and more.

Also, thanks to the “Gallery talks” programme, every week visitors have the opportunity to "travel" to ancient Eleusis and discover the connection of Eleusis, Athens and the Acropolis, accompanied by Museum Archaeologist-Hosts. The guided tour is also available in English, and no extra fee is charged. The exhibition is organised with the collaboration of the Ephorate of Antiquities of West Attica, and the exhibits are on a loan from the Archaeological Museum of Eleusis and the National Archaeological Museum of Athens.