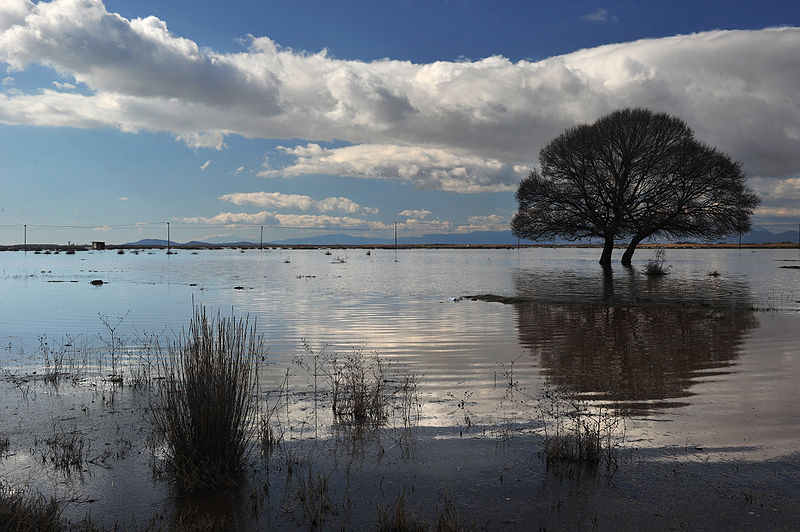 Greece has about 400 large and small wetlands. Several of them are composite and form wetland mosaics or complexes. The most common wetland types in Greece are: rivers, estuaries, deltas, lagoons, shallow lakes, shallow marine formations, marshes. They still cover a total area of considerable size (210,000 ha) even following some heavy losses that those natural habitats have sustained over the last few decades.

Since 1974, ten sites in Greece have been inducted in the List of Wetlands of International Importance as defined by the Ramsar Convention, an international treaty negotiated through the 1960s by countries and non-governmental organizations concerned about the increasing loss and degradation of wetland habitat for migratory water birds. It was adopted in the Iranian city of Ramsar in 1971 and came into force in 1975. The Ramsar Sites of Greece cover a total surface of 163,501 ha, and all of them also form part of the Natura 2000 network. Here follows a list of the sites ranked by area. 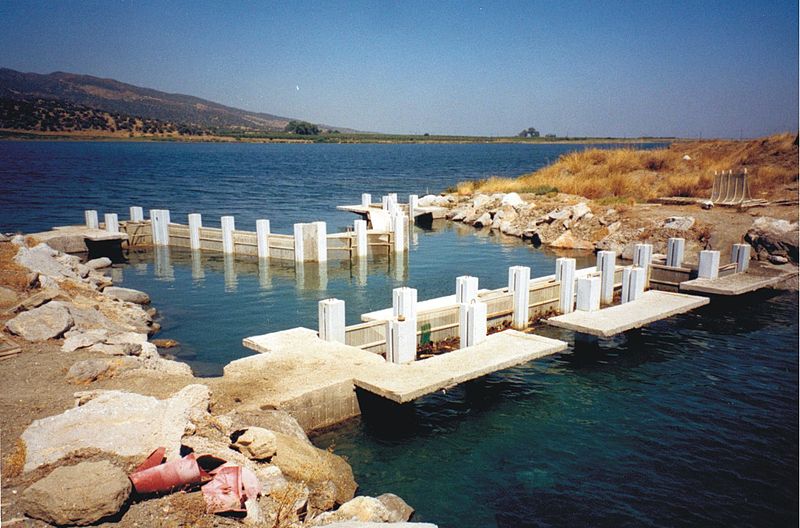 Barrier fishing traps in Messolonghi Lagoons (by Gkatselis via Wikipedia)

The site’s official name is "National Park of Messolonghi-Etoliko Lagoons, of lower flow, of Acheloos and Evinos rivers delta and of Echinades islands", and it is considered one of the most important Mediterranean lagoons. The Messolonghi-Etoliko lagoons complex (also spelled Missolonghi-Aitoliko) is located in the north part of the Gulf of Patras in the central west coast of Greece. It is a vast shallow area extended between the Evinos and Acheloos rivers.

The wetland is rich in both flora and fauna, with more than 200 different bird species recorded in the area, many of which are rare or threatened (such as the Dalmatian pelican). It provides shelter and food to many species of migratory birds such as gulls, geese, swans and wild ducks. Many species overwinter in the area, including large populations of coots and other duck species, as well as nightingales, while the lagoons are also the natural habitat of many aquatic birds. 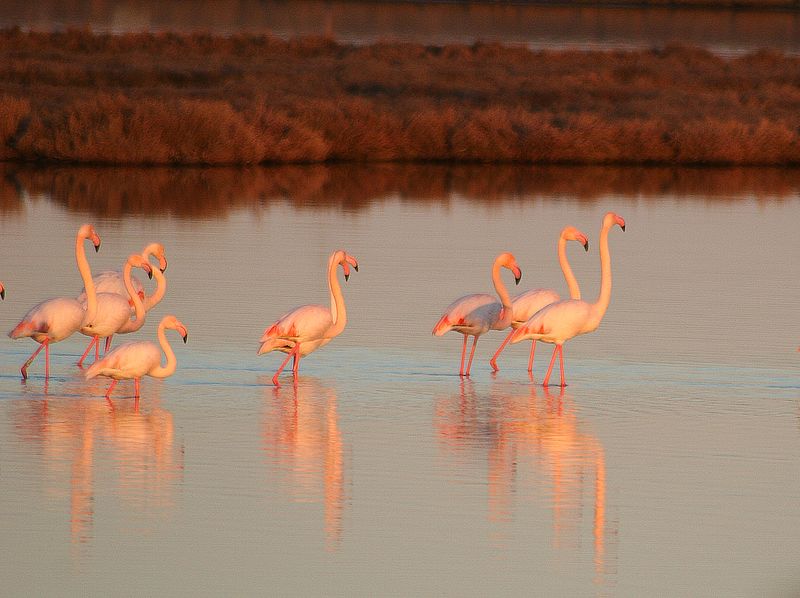 The current site was formed from the merging, in 1996, of two separate Ramsar sites, Lake Vistonis and Lake Mitrou. Situated on the border between the regions of Rhodope and Xanthi, the wetland complex encompasses the coastal lake Vistonis (Greece’s fourth largest lake), the Porto Lagos saline lagoon, six shallow saltwater adjoining lagoons separated from the sea by a sandy beach, and the freshwater shallow lake Ismaris.

The area, with its extensive reedbeds, is important for breeding birds, with over 220 bird species having been recorded, and large numbers of various species of water birds and raptors occurring in winter. These include particularly rare species such as the white-headed duck, the pygmy cormorant and the lesser white-fronted goose. The site has traditionally been used for fish-farming activities. 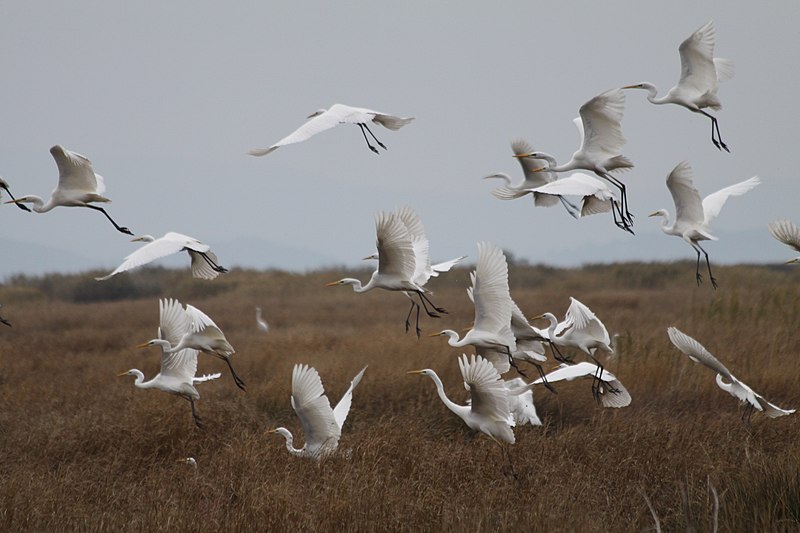 The Ambracian Gulf (Amvrakikos in Greek), also known as the Gulf of Arta or the Gulf of Actium, is a gulf of the Ionian Sea in northwestern Greece. The rivers Arachthos and Louros flow into the gulf, creating an extensive delta including freshwater marsh with the largest reedbeds in Greece, wet meadows and seasonally inundated land, lagoons, barrier spits, a major saltmarsh, and some of the most extensive tracts of riparian forest in the country.

The area supports a rich reptile and amphibian fauna, while it is also of great importance for bird breeding, staging, overwintering, and for the feeding of nesting raptors. About 250 bird species have been reported on the site, including the globally threatened Dalmatian pelican, as well as terns and glossy ibises. Marine life has been threatened due to extensive traditional fishing and aquacultures, but the area is still an important habitat for cuttlefish, eel, mullet, mussel and shrimp.

The Nestos River forms an extensive delta, located on the northern coasts of the Thracian Sea, close to the aforementioned Lake Vistonis wetland complex. It includes saltmarshes, freshwater lakes supporting nationally rare plant species, coastal lagoons, a dune system, and the largest remaining area of riparian forest in Greece. Nestos Delta is Europe’s most important breeding site for plovers, and supports various species of nesting and up to 50,000 wintering birds, including specimens of the globally threatened sea eagle species Haliaetus albicilla. The site has long been an attraction to eco-visitors as well as sports lovers, since it is ideal for hiking and birdwatching but also mountain climbing, rappelling, kayaking and rafting, among other activities. 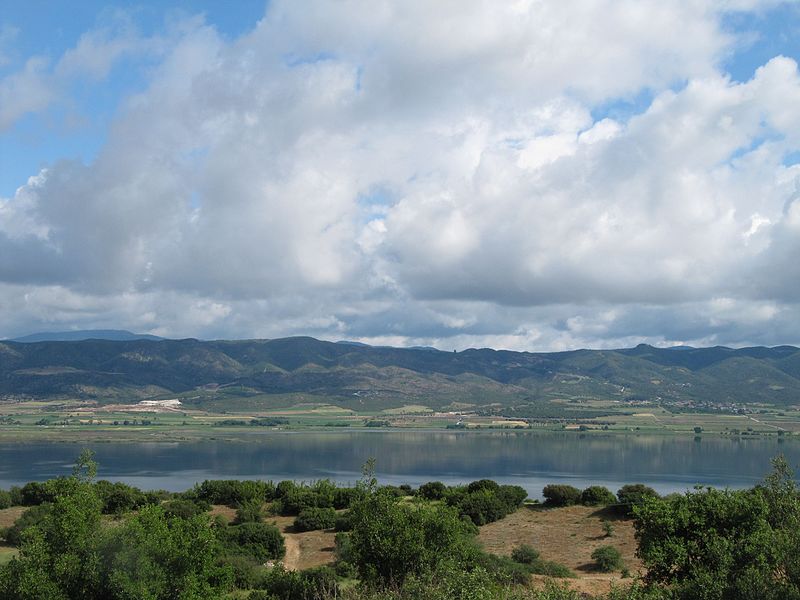 Volvi and Koronia are Greece’s second and fifth largest lakes, respectively. They are located in the root of the Chalkidiki peninsula, at a short distance from the city of Thessaloniki. The two freshwater lakes are connected by a narrow channel, fringed by reedbeds and patches of woodland, and surrounded by arable land. The area supports several rare or endangered aquatic plants, endemic fish, nesting water birds, and large numbers of wintering birds including geese, ducks and swans. It also attracts nature lovers interested in activities from bird watching to bike riding, canoeing and kayaking. 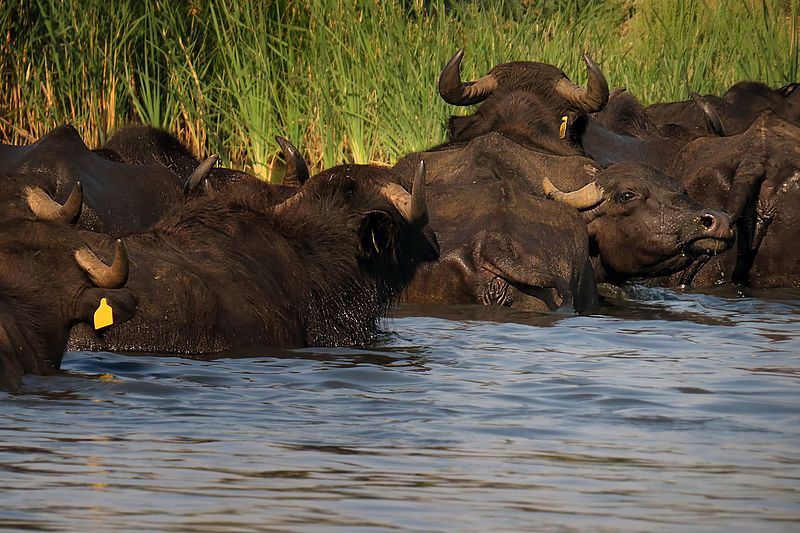 The extensive delta includes brackish lagoons, saltmarshes, and large areas of mudflats, with vegetation consisting of scrub, riparian forest, wet meadows, reedbeds, and halophytic communities. The area is of extreme importance for nesting and migrating water birds, with various species of rare or globally threatened wild birds and shorebirds occurring at the site. 30 freshwater fish species occur in the river, while the site is also home to various kinds of mammals, such as ground squirrels and reptiles, including one of the largest populations of Mediterranean tortoise in Europe.

The National Park of Lake Kerkini is situated in Northern Greece, near the Greek-Bulgarian border. Lake Kerkini is an artificial reservoir created in 1932 on the site of what was previously an extensive marshland, by the construction of a dam across the Strymon River. The site includes mudflats, seasonally flooded forest, and sand banks, and it is a significant centre for migratory wildfowl, supporting the largest mixed nesting colony of water birds in Greece. Numerous water bird species, including several that are threatened or endangered, occur during migration periods. The area is also very rich in plant species, fish and insect species, and home to a large number of mammals and amphibians.

View of Lake Kerkini (by Katerina Dominou via Wikimedia Commons)

In the northeastern part of Greece, Evros River forms a natural border with Turkey; the river forms a rich delta as it empties into the Aegean, creating a wetland of international importance which extends over 9,267 ha. Consisting of lagoons, freshwater marshes, lakes, saltmarshes and mudflats, the area bristles with rare species of flora and fauna.

This is Greece’s most important wetland for wintering water birds, and supports various species of breeding and passage birds. Due to its geographical position, it attracts species from all three surrounding continents. So far, 317 bird species have been recorder by scientists on the site – a considerable number taking into account that the total number of bird species recorded in Greece is 426. These include some rare or threatened species such as European swans and geese, eagles, pelicans, cormorants and kites. 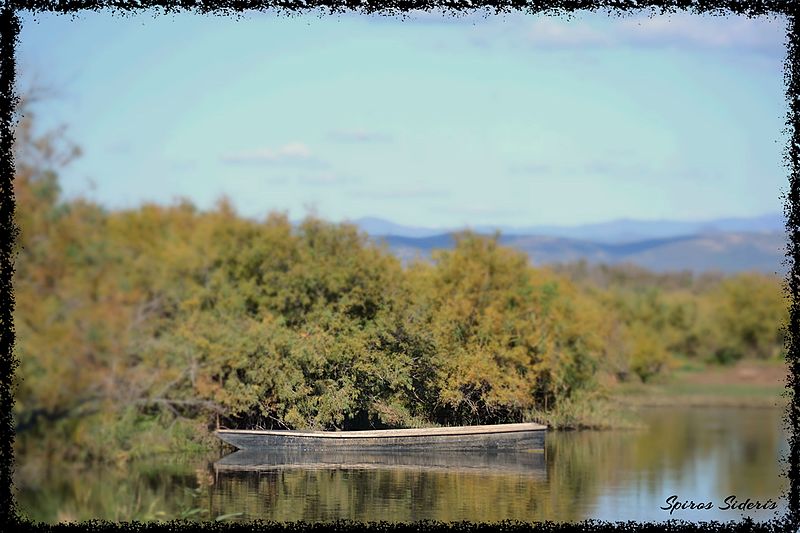 The site is home to 46 species of fish (like soles and eels), seven species of amphibians and at least 40 species of mammals (including otters, foxes and martens), while at least 300 flora species have also been reported, since there a seven distinct types of biotopes that can be identified in the area.

The Kotychi Lagoons complex, located in the western Peloponnese, consists of a large coastal lagoon of varying salinity, associated marshes separated from the sea by an extensive dune system, smaller lagoons and wet meadows. The system supports extensive reedbeds, salt-tolerant plants, and submerged aquatic plants. The coastal dunes are in excellent condition with well-developed vegetation. The site supports rich fish, reptile and amphibian faunas, and is also important for breeding, staging and wintering water birds, such as coots and kingfishers. The adjacent pine forest is also rich in flora, mostly pine and shrubs, and is home to populations of foxes, hedgehogs, jackals and otters. 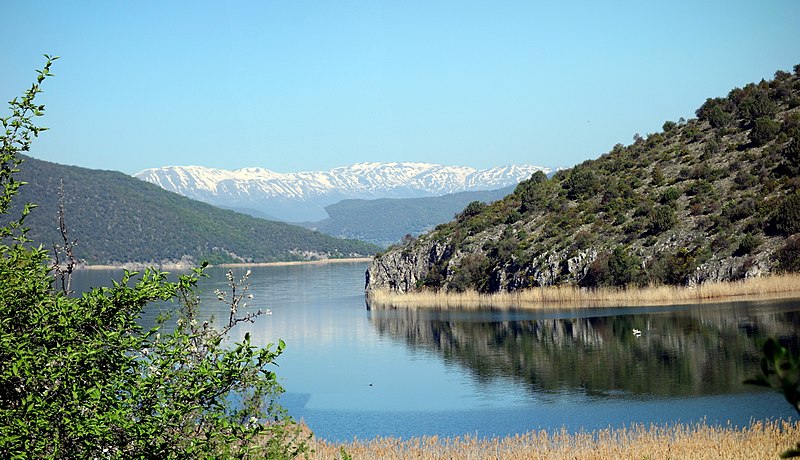 The Prespa lakes are two freshwater lakes in southeast Europe, shared by North Macedonia, Greece and Albania, occupying an enclosed mountain basin fed by seasonal streams. They are the highest tectonic lakes in the Balkans, standing at an elevation of 853 m. With an abundance of rare fauna and flora, the area was declared a Transnational Park in 2000. Of the two, Mikri (meaning "small") Prespa is shared by Greece (42.5 km² surface area) and Albania (4.3 km² surface area).

The Small Prespa Lake has been recognised as an important wetland ecosystem; vegetation consists of a rich aquatic flora of extensive reedbeds and wet meadows with more than 1,500 plant species, while numerous fish species are present, including endemic species. The site is particularly important for breeding staging and wintering rare water bird species. Nesting species include globally threatened species such as the great white pelican and the pygmy cormorant, while it is best known for hosting the largest breeding colony of the Dalmatian pelican in the world.