The sites of Pythagoreion and Heraion on Samos 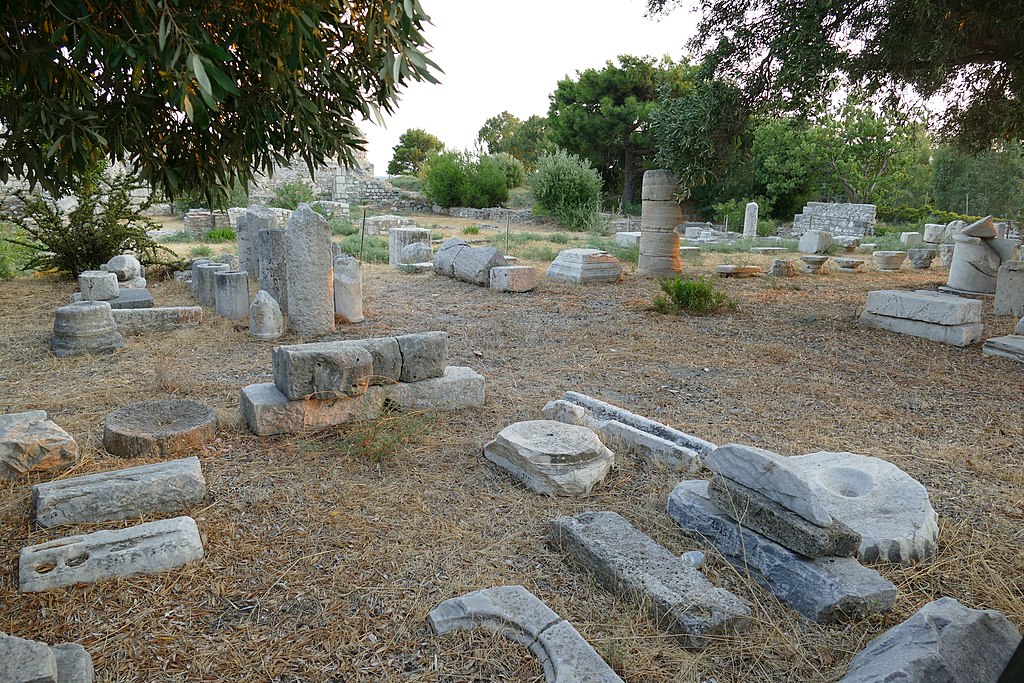 The island of Samos, in the north-east Aegean, used to be an important maritime and commercial power in antiquity, especially from the 7th century BC, establishing colonies on the Ionian coasts, in Thrace and the west of the Mediterranean. Its commercial and cultural development was owed in great part to its geographical location close to the coast of Asia Minor; it was known for its vineyards and wine and oil production, its mines and its pottery.

Its former status can still be seen in the significant monuments ha are preserved to this day; the most important among them are the ruins of Pythagoreion, an ancient fortified port city featuring Greek and Roman ruins and an impressive underground aqueduct, and also the Heraion, a temple dedicated to Hera. The two sites were jointly inscribed on the UNESCO World Heritage List in 1992.

Although the earliest finds date to the Neolithic period, the main settlement began in the 10th century BC, when it was colonised by Ionians, and reached its heyday around 530 B.C. under the tyrant Polycrates. The site of Pythagoreion is located on a peninsula surrounded by mountains. Excavations carried out over a long period have brought to light many archaeological remains, especially from the Classical but also the Hellenistic and Roman periods, including the sewage system, public buildings, sanctuaries and temples, an agora, Roman baths, a stadium and several residential buildings.

The Tunnel of Eupalinos (by GrigorisKoulouriotis via Wikimedia Commons)

Arguably the most significant finding is a 1km-long underground aqueduct known as the Tunnel of Eupalinos or Eupalinian aqueduct, due to the engineer overseeing the works, Eupalinos of Megara (6th century BC). Built approximately 2500 years ago, is considered as the first underground project excavated with a contemporary geometry-based approach and for that reason considered one of the most significant technical achievements of Greek antiquity. The water was collected in a rectangular reservoir and was transferred from the reservoir through an underground clay pipe to reservoirs and fountains in the ancient city via a pointed underground built channel with manholes at intervals.

The ancient city is believed to be the birthplace of Pythagoras (c. 570 – c. 495 BC), an ancient philosopher and mathematician, famous for having developed the eponymous theorem, one of the basic rules of geometry, as well as well as Aristarchus of Samos (c. 310 – c. 230 BC), an important astronomer and mathematician who presented the first known heliocentric model. The name Pythagoreion was in fact given to the modern town –and, by extension, to the nearby ancient settlement– in 1955 in honour of Pythagoras. The town’s old name was Tigani, a corruption to the Italian "Dogana" meaning "customs". 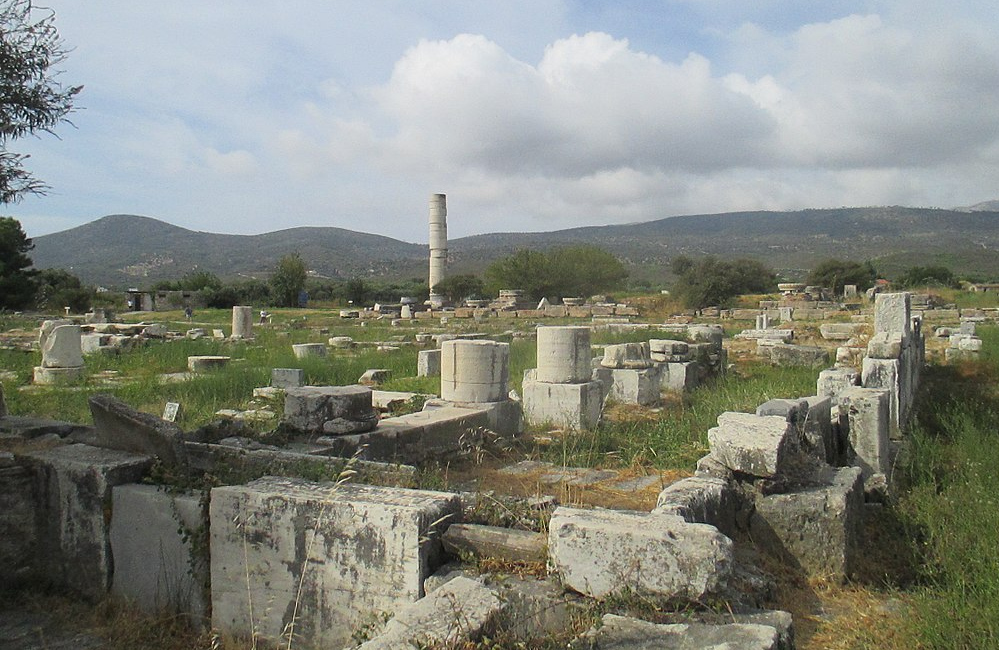 The site of Heraion (by Tomisti via Wikimedia Commons)

The Heraion was a temple dedicated to the goddess Hera (the older equivalent of Juno), wife of Zeus. It is located about 6 km away from the city and is closely linked to its history. The first temple was built in the 8th century BC; it was, according to Herodotus, the largest one in Greece, and also the first one to have a peristyle. In the 7th century, it was replaced by a temple with a double row of columns across the front, also the first one of its kind. These were, however, overshadowed by the temple which took their place around 570, a building of colossal dimensions (52.5 by 105 m) constructed by Rhoikos and Theodoros, the first one to be built in the Ionic order, supported by at least 100 columns. The complex around the Heraion includes altars, smaller temples, stoas, and statues, along with the remains of a 5th-century Christian basilica.

Based on an article originally published on Punto Grecia

Read also via Greek News Agenda: The fascinating history of the island of Samos ; Ancient aqueduct in Samos island, restored and open to visitors; Lesbos - An island of culture and history; Beyond Socrates - Greek philosophers you might not know