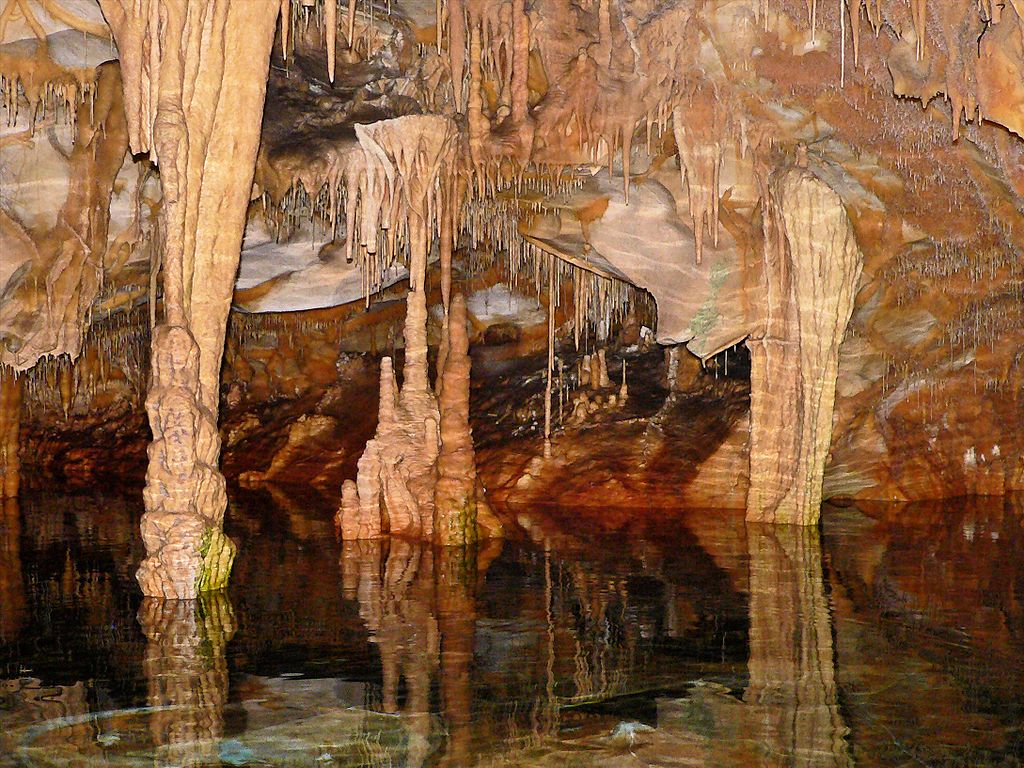 The Diros Caves are among the most significant natural sites in Greece; the truly spectacular cave complex is found in the region of Laconia, on the southeastern part of the Peloponnese peninsula. A visit to the caves is like a journey back in time to the Neolithic period, or a trip into a fairytale.

The complex of Diros consists of the caves of Vlychada, Alepotrypa and Kataphygi. The caves began to form hundreds of thousands of years ago; the stalactites and stalagmites that are now underwater were formed when the sea level was much lower than it currently is. Stalactites have been found at a depth of 71 metres, while the maximum depth of the cave has been discovered off the tourist route, and it reaches 80 metres.

Ioannis and Anna Petrochilos, founders of the Hellenic Speleological Society, were the first to conduct a systematic exploration of Vlychada, the main cave of the complex, in 1949. Entry to the caves was first allowed to visitors in 1967, after the Greek National Tourism Organisation (GNTO) completed the visitor accommodation works that had begun six years earlier. 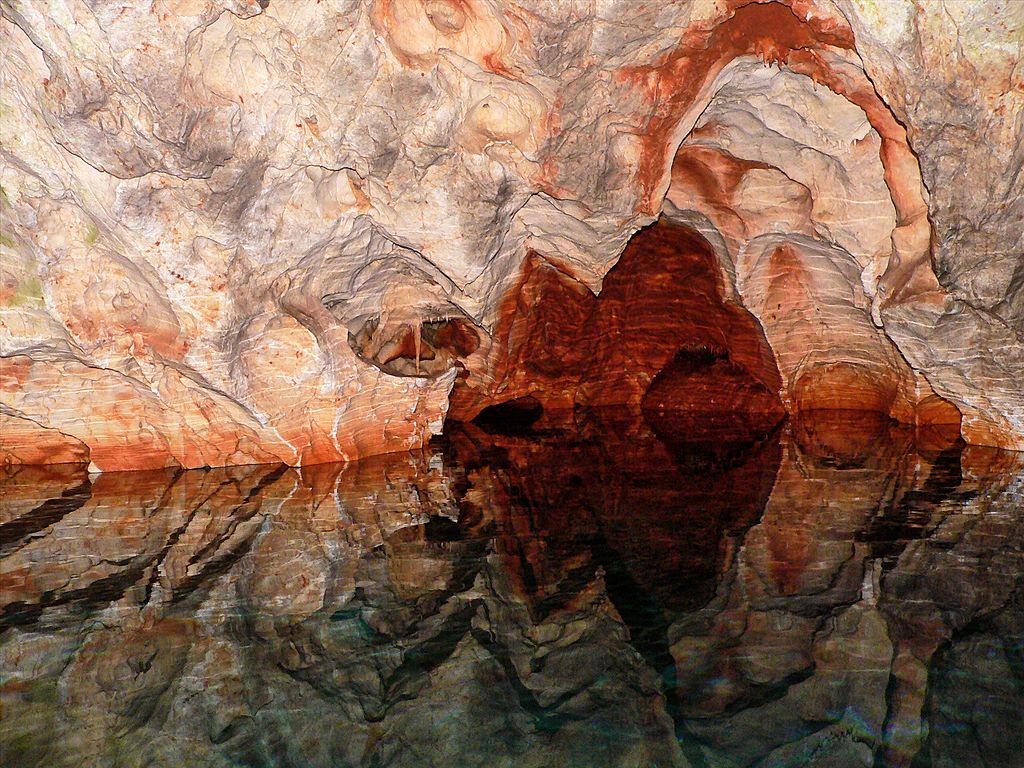 The cave of Vlychada (by George Fournaris via Wikimedia Commons)

Vlychada (also known as Glyphada) is the largest of the caves, covering an area of 16,700 m2; since 1949, some 2,800 water passages have been explored. Visitors can take a boat ride to admire the stalactite and stalagmite formations, which are reflected in the water; the guided tour takes place both by boat and on foot. The stalactites and stalagmites are in many cases merged into each other, forming columns, also known as stalagnates. Explorers have recovered panther, hyena, lion, deer, ferret and hippopotamus bones from the site, dating from about 31,600 years ago. Prehistoric pottery found close to the entrance of the cave also suggests human presence at the site.

The tourist route in the central cave of Vlychada is 1,500 metres long, the first 1,200 of which are on the lake, where small boats are used, and the tour takes about 25 minutes. The lake is filled with brackish water that has a temperature of about 14°C, while the air temperature ranges from 16 to 19°C; the cave’s name comes from the Greek term for brackish (vlychos or glyphos). The natural entrance to the cave is only half a metre in diameter and lies very close to the surface of the sea. In the past the cave had other entrances, which were gradually closed off by the mineral formations. 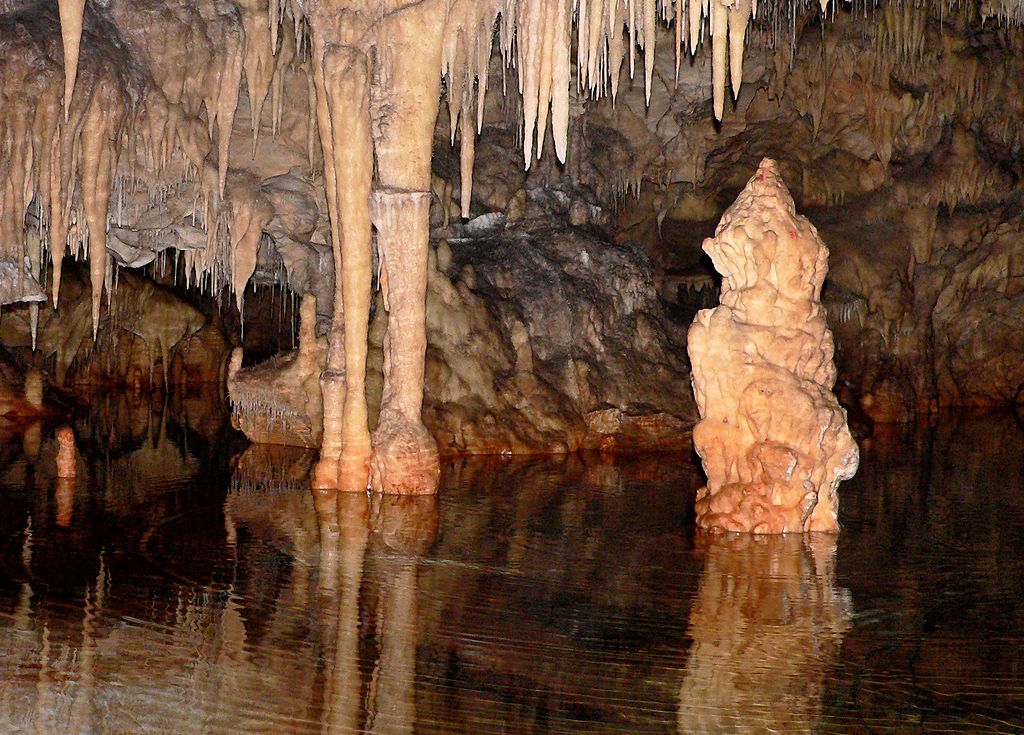 The cave of Vlychada (by George Fournaris via Wikimedia Commons)

The cave of Alepotrypa had, according to researchers, housed hundreds of people -potentially making it one of the oldest and most important prehistoric villages in Europe- before it collapsed, killing everyone inside. The main chamber of the cave is about 60 meters tall and up to about 100 meters wide. It is large enough to have its own lake, in which famous explorer Jacques Cousteau had scuba-dived. Its name means "fox den".

The Kataphygi Cave is located 300 metres west of the Alepotrypa Cave, at an altitude of 25 metres above sea level. It has two levels and its several caverns are connected by many tunnels. It features impressive stalactites and stalagmites and water ponds on the bottom, and it has great acoustics. Fossilised bones have also been found there. Embrasures on the wall of the entrance indicate that the local Maniots often took shelter in the cave during the Ottoman Period, to protect themselves from the frequent pirate raids in the area – hence its name, which means refuge.

N.M. (Based on an article published on Punto Grecia; intro photo: The cave of Vlychada [by George Fournaris via Wikimedia Commons])