Visit Nafplion, One of Europe’s Most Beautiful Towns

From humble fishing towns to hilltop medieval power bases, Europe is home to some of the most beautiful towns in the world that are rightly considered dream destinations. According to CNN Travel, among them is the Greek town of Nafplion, situated in the area of Argolis in the eastern Peloponnese; more specifically, Nafplion was selected for its history, castles, and impressive old town:

“Gorgeous Nafplion straddles the Aegean Sea in the Peloponnese, with its Venetian-built castle thrusting into the water (in fact, there are three castles to visit here) and a pretty Old Town spooling out behind the old walls. This was the first capital of modern Greece, so there are things to do in spades. There's a lido if you want to take a safe dip in the sea, and if history's more your thing, the archeological museum contains items dating back to the Mycenean age”. 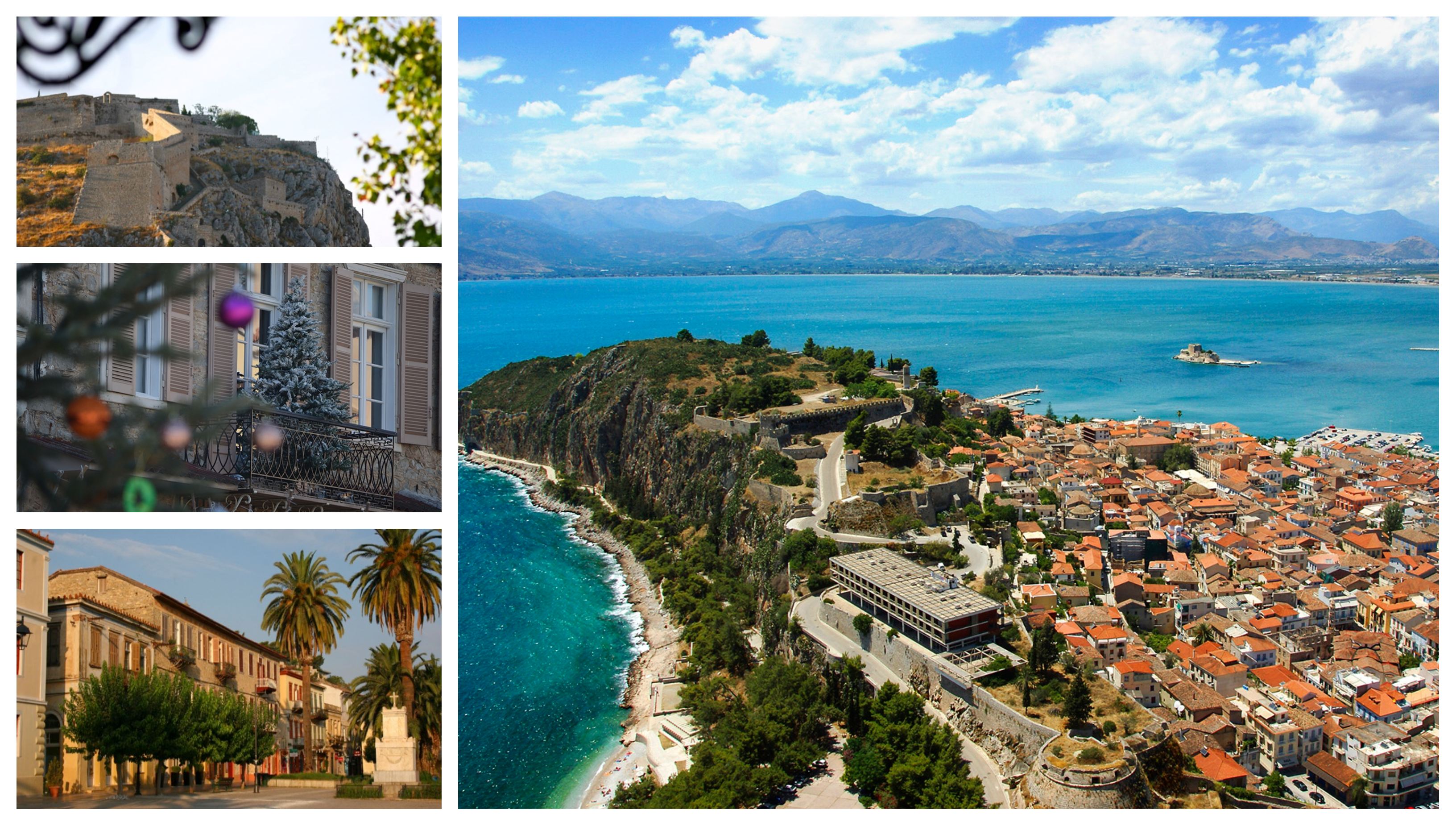 Less than two hours' drive from Athens, Nafplion looks particularly bright during the festive season, even though it’s an ideal destination to visit all year round. In fact, there are plenty of reasons to fall in love with this picturesque town which, according to Greek mythology, was founded by Nafplios, the son of Poseidon (god of the sea) and Amymone (Danaus’ daughter). Offering photo-perfect views around every corner, this hidden gem of Greece has a long history and a privileged setting.

More specifically, the town’s history traces back to the prehistoric era when soldiers participated in the Argonautic expedition and the Trojan War alike. Frankish, Venetian, and Turkish conquerors left their mark in the town and strongly influenced its culture, architecture, and traditions over the centuries. Ancient walls, cobblestone streets, medieval castles and legendary fortresses such as Bourtzi and Palamidi, beautiful churches and cathedrals, monuments and statues, Ottoman fountains, and Venetian or colorful Neoclassical buildings, mesmerize the visitor with their unique architecture and beauty. 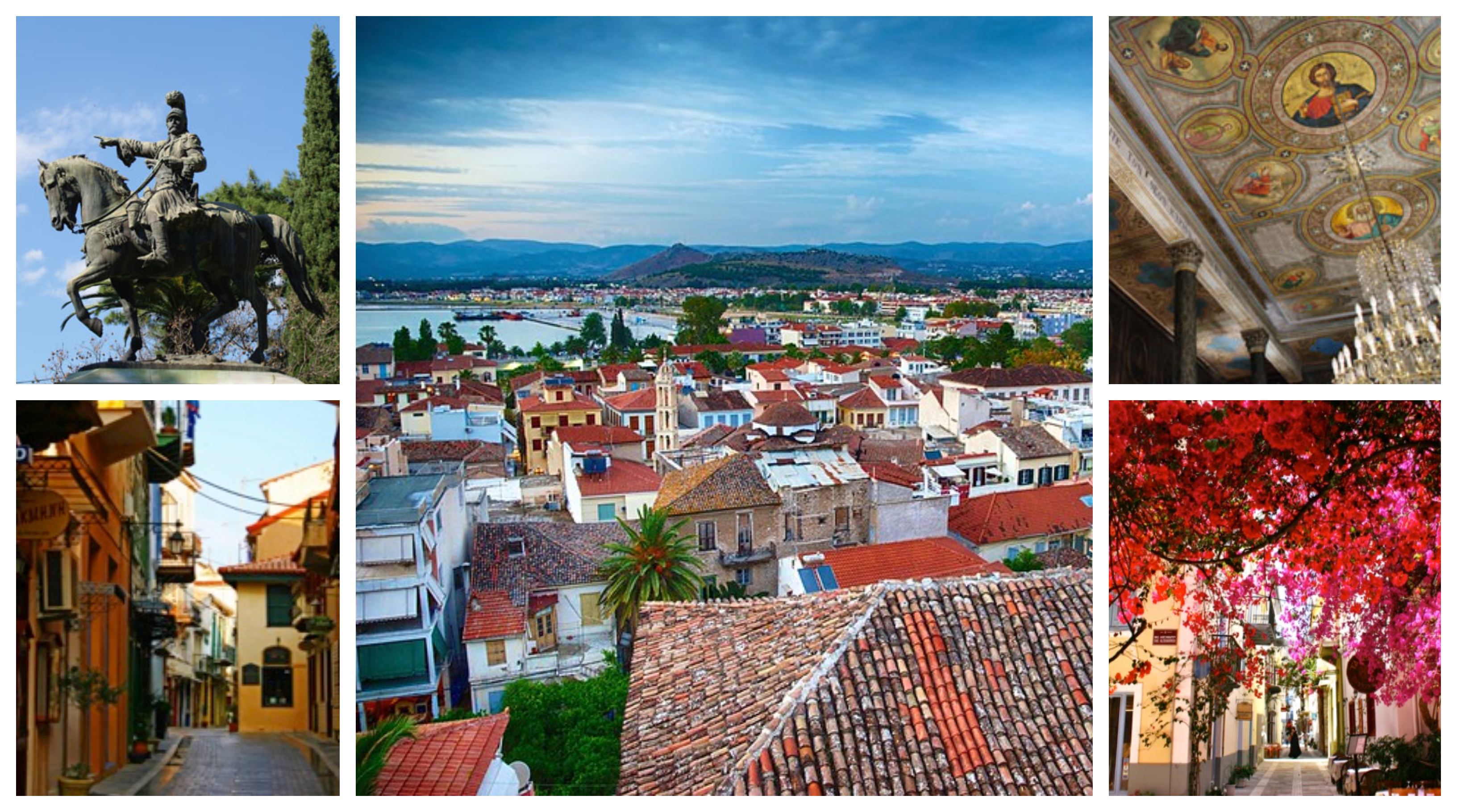 Furthermore - whether you are interested in archeology or folk costumes, kombolois or ouzo - Nafplion is home to some very interesting Museums, including the Archaeological Museum, the Folklore Museum, the War Museum, and the Karoni’s Distillery Museum, one of Greece’s oldest distilleries.

Within the framework of "Greece 2021" celebrations, special mention should also be made to the “Revolution '21 Reframed: Nafplion” exhibition, running through June 30, 2022, at the Nafplion Branch of the National Gallery- A. Soutzos Museum. The exhibition is part of the National Historical Museum’s show “ΕΠΑΝΑCΥΣΤΑΣΗ '21” -whose title is a play of words between "επανασύσταση" (reconstitution) and "επανάσταση" (revolution)- alluding to the reconstruction of the Greek state through the Greek War of Independence. 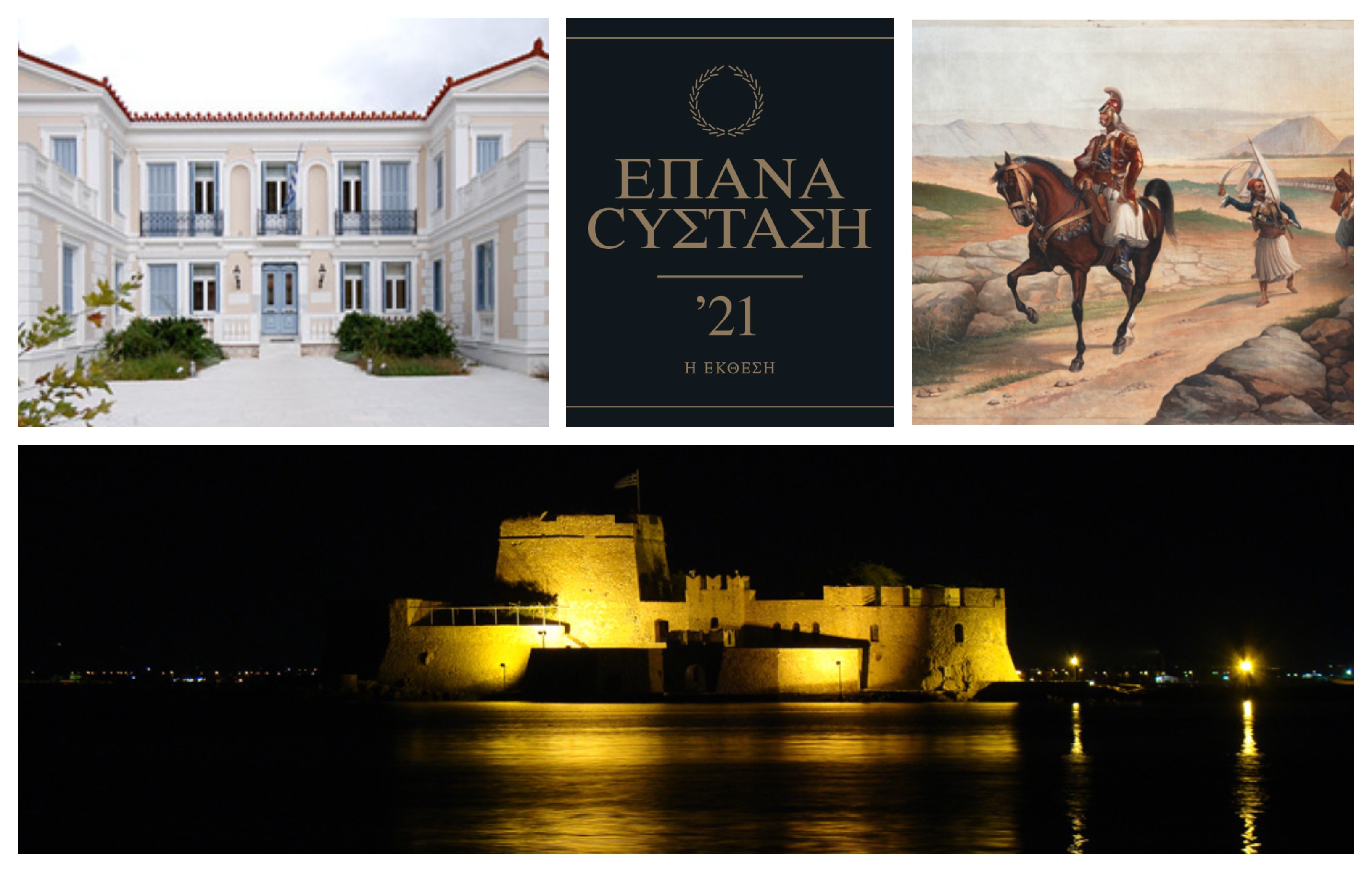 Curated by Lamprini Karakourti-Orfanopoulou and Dimitra Koukiou-Mitropoulou, the Nafplion exhibition puts an emphasis on the events of the Peloponnese, one of the most important areas for the revolution. In fact, Nafplion was one of the foremost towns in the Peloponnese, as well as the first capital of the free state of Greece. Thus, the exhibition sheds light on the life of illustrious heroes, such as Theodoros Kolokotronis, but also highlights the role of the Press and of Philhellenes in the war of independence, and the first efforts of the revolutionaries to create political institutions.

Visit the Municipality of Nafplion website
Read “Wandering in Nafplion: A Lover's Guide” by Keith Sturgess

Ioannis Kapodistrias, Modern Greece’s first head of state;
Theodoros Kolokotronis: The archetypal Greek hero;
3 February 1830: Greece becomes a state
The archaeological sites of Mycenae and Tiryns
One-way to… Monemvasia, the Hidden Gem of the Peloponnese
Mountainous Arcadia: A ‘mythical’ destination in the Peloponnese
A brief history of radio in Greece, and a small museum in the Peloponnese