Discover the National Gallery of Athens

The National Gallery - Alexandros Soutsos Museum is the most important in art gallery in Greece; it was founded in 1900 and is located in the centre of Athens. It houses around 20,000 works of art including paintings, sculptures and prints, predominantly from Greek -but also international- artists, dating from the post-Byzantine era to the contemporary era.

After having been closed down for renovation and expansion works, so that a greater proportion of its extensive collections could be displayed, the National Gallery has again opened its gates to the public, who can again enjoy numerous masterpieces from some of Greece’s most renowned artists.

The first plans for a national art museum of the newly-founded Greek state were drawn up by the German Leo von Klenze (1784-1864), court architect of King Ludwig I of Bavaria, who based his design on his own building for the Alte Pinakothek ("Old Gallery") in Munich; however, these plans were never materialised. 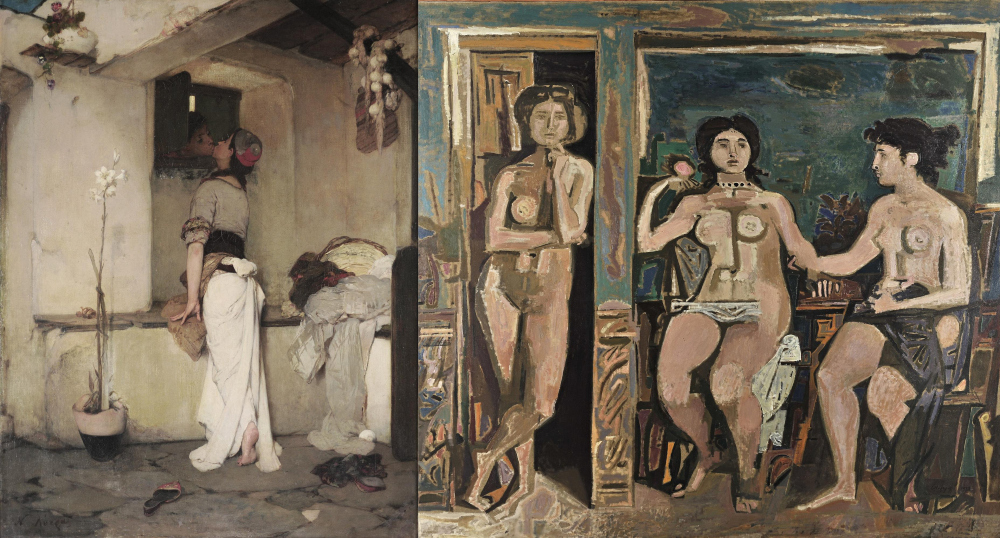 In 1840, all the works of art collected by Greece’s first head of state, Ioannis Kapodistrias (1776-1831), were bequeathed to the recently founded Royal School of Arts (precursor of both the National Technical University of Athens and the Athens School of Fine Arts), forming the core of what would become the collection of the future National Gallery. This initial collection, housed in a room in the university’s main building, expanded rapidly over the years thanks to numerous endowments and donations; in 1878, when it had reached 117 exhibits, it was opened to the public for the first time.

In 1896, Alexandros Soutsos (1839- 1895), a wealthy jurist and patron of the arts (coming from the prominent Greek Phanariote Soutsos [or Soutzos] family), bequeathed his estate and extensive art collection to the Greek state aspiring to the creation of a "Museum of Fine Arts". This led to the founding of the National Gallery in 1900; the acclaimed painter –and important figure of the "Greek Munich School"– Georgios Iakovidis (1853-1932) was appointed as its first curator. The collections were still housed at the building of the National Technical University, and its first grand exhibition took place in 1915, when around 300 works were displayed in six halls at the university. In the following years, numerous works were added through acquisitions and endowments. 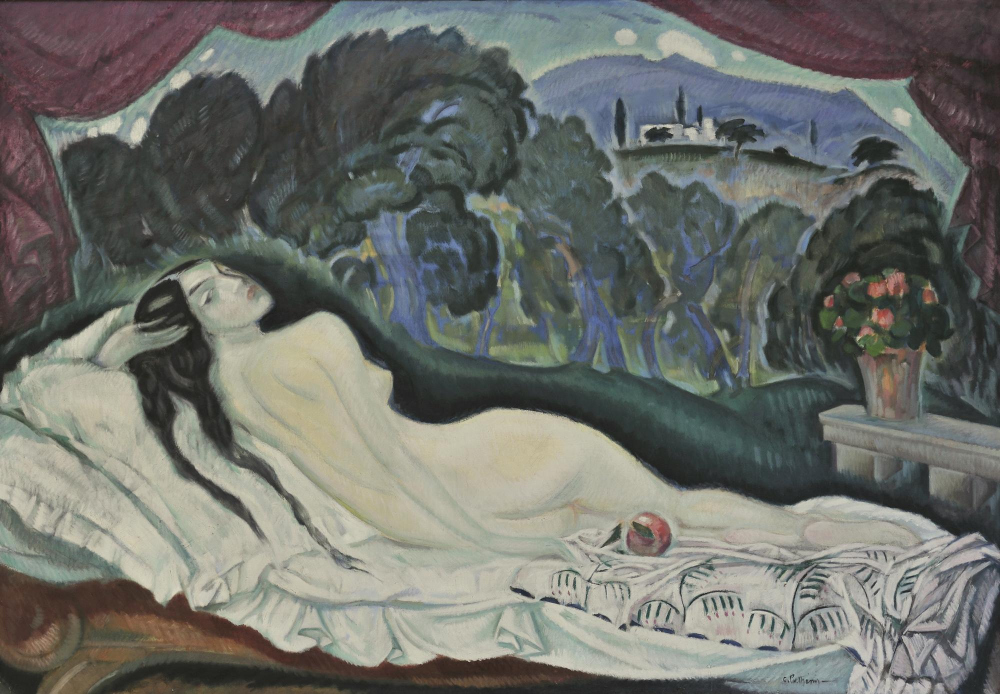 With the outbreak of WW2, the building of the university was requisitioned (first by the Greek state and then by the occupation forces) and the collections were transported for safeguarding at the storage rooms of the National Archaeological Museum and the vaults of the Bank of Greece. Following the war’s end, the Gallery had to successively relocate to several buildings belonging to various institutions, including the Archaeological Museum and the Greek Armed Forces. Despite these setbacks, its collections grew steadily, thanks to generous donations. In 1954, the Soutsos Collection was officially incorporated into the Gallery’s collection, creating the National Gallery – Alexandros Soutsos Museum, which acquired substantial funds from the state budget.

In 1956 a public tender was launched to construct a building officially owned by the National Gallery and, in 1964, construction works began; the building complex (consisting of the entrance hall and periodical exhibition venue and the main, three-storey building), inspired by Le Corbusier's architectural style, was designed by Greek architects and professors Pavlos Mylonas and Dimitris Fatouros. The museum was officially inaugurated in 1976, and hosted the permanent exhibition of National Gallery collections. 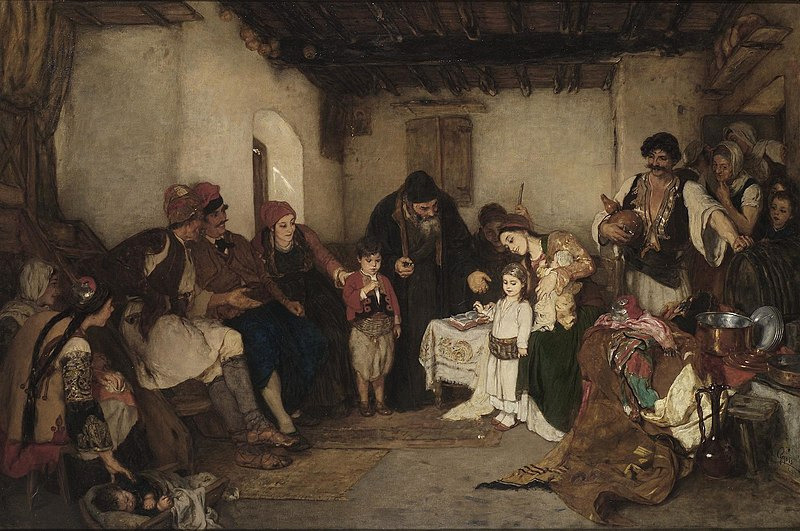 The betrothal of the children, 1877, Nikolaos Gyzis

In 2004, the first National Glyptotheque of Greece was inaugurated at the Army Park of Goudi as an annex of the National Gallery, housing a permanent collection of 19th and 20th-century sculptures, as well as contemporary works. The Gallery has four additional annexes, located in Nafplion, Aegina, Kerkira and Sparta. In 2007, a virtual tour was created as part of the implementation of the EU funded project "Community of Information", while all the exhibits were later digitised.

As the museum’s collections continued to grow, reaching 20,000 items, the need for an expansion of the existing premises became increasingly pressing. In 2008, the Ministry of Culture conducted a public tender for the design of a new addition. The project was commissioned to Architektoniki Ltd. Grammatopoulos-Panoussakis Architects and D. Vassilopoulos & Partners S.A., and involved not only an increase in floor area, more than doubling the operational space, but also an extensive renovation and upgrade of the existing buildings, enhance their safety and accessibility.

The National Gallery had to be closed in 2013 for the renovation and expansion project; on 24 March 2021, on the eve of the official celebration for the bicentenary of the Greek War of Independence, the museum was inaugurated in an official ceremony addressed by the Greek Prime Minister and the President of the Hellenic Republic.

The National Gallery houses an impressive collection of paintings from the 15th to the 20th century, predominantly by Greek artists, but also international ones. Among the most important painters whose work is featured in the Gallery are the masters of the masters of the Greek Munich School: Theodoros Vryzakis, Nikephoros Lytras, Nikolaos Gyzis, Konstantinos Volanakis and Georgios Iakovidis, the Gallery’s first curator.

The Generation of the '30s, the dominant Modernist movement in Greece, is also well represented in the Gallery’s collection, with paintings, drawings and sketches by Konstantinos Parthenis, Fotis Kontoglou, Yannis Tsarouchis, Giorgos Gounaropoulos, Giorgos Bouzianis and Nikos Chatzikyriakos-Ghikas. Other renowned modern Greek artists featured include Yannis Moralis, one of the most iconic Greek painters, the foremost Greek engraver, Tassos, and contemporary artists Panayiotis Tetsis and Alekos Fassianos, while you will also find a number of contemporary art installations and compositions by artists like Yannis Gaitis, Chryssa, Opy Zouni and Kostas Tsoclis. 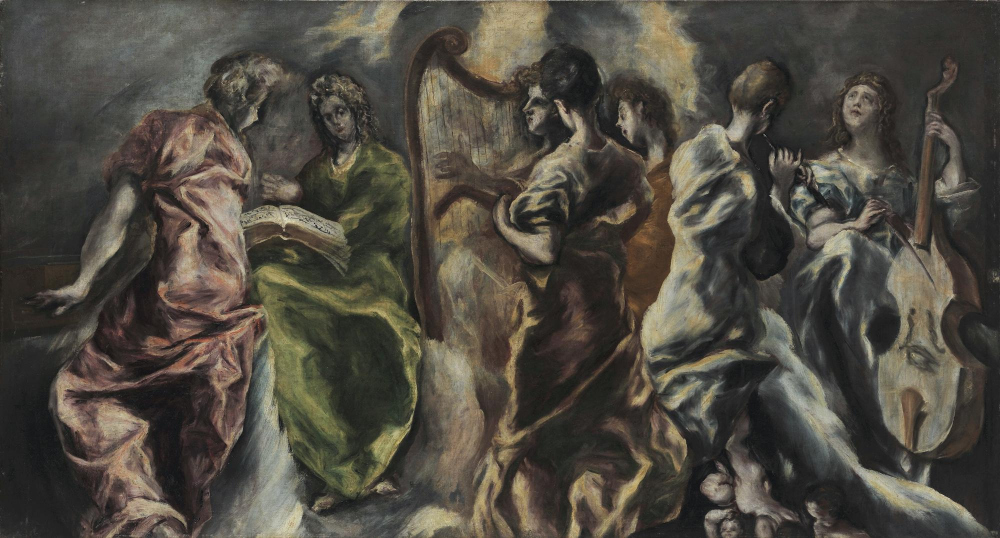 Among the National Gallery’s most prized possessions are three masterpieces by Domenikos Theotokopoulos, arguably the most important painter to ever come from Greece, who won international fame for his work in Italy and, especially, Spain, and has been mostly known as "El Greco" (the Greek). The Gallery houses his portrait of St Peter the Apostle, as well as the Concert of the angels, one of the very last –and thus unfinished– works he is believed to have created before his death in Toledo in 1614.

The National Gallery of Athens features works by a considerable number of foreign painters, including Cecco del Caravaggio, Pieter Aertsen, Jan Brueghel the Younger, Jacob Jordaens and Adams Frans Van der Meulen. An emphasis on those international artists who have created works in Greece or inspired by Greek themes, such as Ivan Aivazovsky, Peter von Hess, Karl Krazeisen (portraitist of some of the most iconic figures of the Greek War of Independence), Filippo Marsigli and, of course, the illustrious Eugène Delacroix.

Read also via Greek News Agenda: The Philhellenism Museum opens its doors in Athens; Georgios Iakovidis, a painter of childhood; Theodoros Vryzakis, the "painter of the Greek Revolution"; Nikephoros Lytras, the Artist behind Greek Christmas’ Most Celebrated Painting; Konstantinos Volanakis: the Father of Greek Seascapes; Nikolaos Gyzis, the Greek master of genre painting

N.M. (based on the original article from Grèce Hebdo; intro picture: The National Gallery of Athens [by ERT via the NTA’s official Facebook page])