Greece completed the first 202 returns of migrants from Lesvos and Chios to Turkey with Frontex’s assistance, as part of the EU-Turkey agreement, it was announced on Monday (04/04). The operation, which included 180 escort officers deployed by Frontex, as well as Greek officers, is coordinated between the Greek and Turkish authorities. None of the migrants and refugees who were returned applied for an asylum in Greece, including the two Syrians who asked to return to Turkey.

European Commission spokesman Margaritis Schinas announced on Monday (04/04) the launch of two parallel processes for refugees and migrants, one being the returns to Turkey from the Greek islands and the other the resettlement of refugees from Turkey to European Union member-states. According to the spokesman, the aim was to make clear that attempting a clandestine entry into to the EU was both dangerous and pointless. 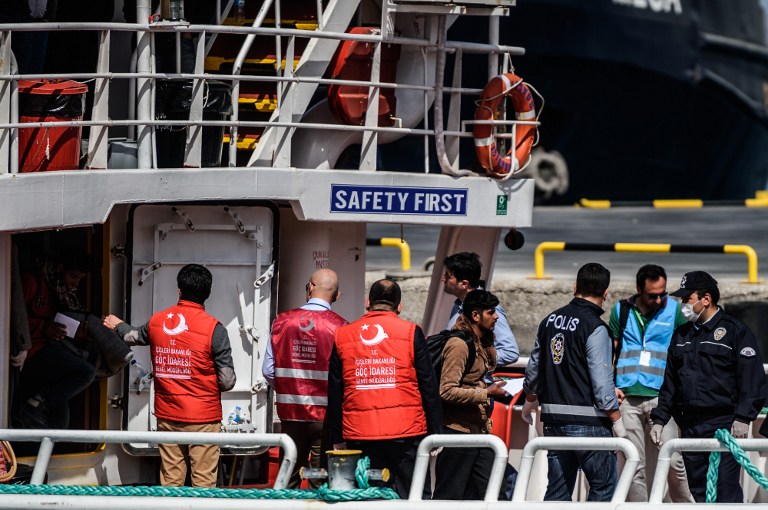 Schinas said that Monday's returns and resettlements were the "first visible step" in the implementation of the EU-Turkey agreement of March 18, which sought to put an end to irregular migration and the "business model" of the migrant traffickers. Schinas noted that Monday's operation was conducted smoothly, without incidents and was properly organised, with an adequate presence by the EU border agency Frontex and adequate safeguards. He also pointed to a UNHCR tweet saying that UNHCR staff had informed the individuals involved about their rights to request asylum.

Spokespersons for the Commission also repeated that no asylum seeker would be returned unless they have fully exercised their rights to request asylum in Greece and their application has been examined on an individual basis, including any possible appeal.

The first refugee resettlements from Turkey to the EU also began on Monday, with 32 Syrians resettled in Germany and 11 in Finland. A third group of Syrians is due to leave for the Netherlands on Tuesday. "For every shipload that returns migrants to Turkey, an airplane of refugees will leave Turkey for Europe," EU Commission Spokesperson on Migration, Tove Ernst said, adding that the refugees will be selected based on UNHCR "vulnerability criteria".