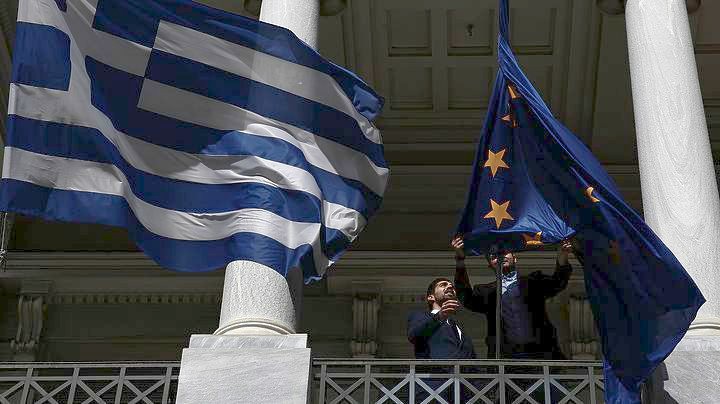 As the conclusion of the third economic adjustment programme draws nearer, the government is getting ready for the post-memorandum era. Among the plans to ensure continuing growth, are the "Greek progamme", a plan on administrative reform and financial aid, which will last about 5 years, and the National Development Plan 2021 that aims at transforming the Greek economy to a knowledge-based economy and reducing social and regional inequalities. Part of the National Development Plan are the "Regional Conferences for Productive Reconstruction", which aim at promoting the relevant dialogue with local societies and administration.

The government's negotiations with the institutions (International Monetary Fund, European Central Bank and European Stability Mechanism) on the conclusion of the programme this August are entering the final straight this month. On February 26, the heads of the institutions are expected to come to Athens to discuss the course of implementation of some of the most important prerequisites. They are scheduled to come back after Easter for the final negotiations that will include the details of the "Greek programme" to be implementedand the type of supervision after the expiration of the memorandum in August, as well as the arrangements on the debt issue.

Government officials underline that the "Greek programme", which will last about 5 years is divided in two sections: developmental and social. The developmental section will include:

The definitive exit from the programme will be accompanied by a kind of supervision, which will, among other things, concern:

• The implementation of some of the prerequisites of the current agreement, such as the completion of the privatization program

• The commitment that there will be no changes to what has already been implemented (e.g. the independent authority that was established for tax collection)

• Commitments that major reforms will continue in areas that are considered important (e.g. justice, public administration).

As far as the debt issue is concerned, while the IMF has not yet published its report on debt sustainability, Greece and European partners agree that the debt settlement should be based on the so-called "French model". This means, on one hand that until 75% of the public debt is repaid, yearly interest payments will be linked to the Greek economy’s growth rate. For example, if there are periods of stagnation in the economy, the amounts to be given for interest payments will also be reduced. And on the other hand, that debt relief will be conditional on implemented reforms. Government officials say that by this June’s Eurogroup - or a little later - there will be an agreement with the institutions on all aforementioned issues. At the same time, however, in the coming months and by the deadline, there are remaining 88 prerequisites should be implemented. They also point out that there are "thorns" on the list of prerequisites, but they can be easily resolved, especially if the IMF does not keep a tough stance.

The ‘Regional Conferences for Productive Reconstruction’, are a new institution, introduced in the “National Development Strategy 2021”, with the aim to discuss and formulate a plan, together with the local societies, industries, producers, sectoral organizations and local government on the country’s new productive model -based of innovation and exporting activities  in industry and manufacturing.

The Regional Conferences started last June, and up until today nine have taken place, in the regions of Western Macedonia, Central Greece, Crete, Thessaly, Epirus, Eastern Macedonia  & Thrace, Ionian Islands, Western Attica and Western Greece. The conferences are organized in collaboration with the local governments and the Ministry of Economy and Development and set qualitative and quantitative targets for each regions development.

Supporting industry and production is a central target of the government’s plan for the reconstruction of the productive sector in Greek regions, Prime Minister Alexis Tsipras said at the 6th Regional Conference held Komotini, northern Greece (14.11.2017). The prime minister commented that “the new generation of farmers must lead the productive process”, promising that the government “will support [them] by any available means and ways”. Tsipras also noted that the government will encourage extroversion in Greek enterprises and introduce collaborative professional organizations for the producers.

Among several issues the premier referred to was the central role the region of Eastern Macedonia and Thrace plays in European Union plans for natural gas. He commented that 50% of the Trans-Adriatic Pipeline (TAP) is already constructed, and the rest will be completed by 2020. At the same time, the construction of the IGB pipeline that will channel natural gas from TAP to the network of Bulgaria is also proceeding.

Two national projects are also going to alter the energy map of the area, Tsipras added, with the LNG floating terminal to be built in Alexandroupoli and the use of the Kavala oil field, nearly depleted, as an underground reservoir of natural gas.

Speaking at the 9th Regional Conference on the Productive Reconstruction of Western Greece, held in Patras (6.2.2018), Prime Minister Alexis Tsipras said the government is planning the next day for Greece as the economy is returning to growth: "Today is the right time to plan the next day, not just because the omens are excellent, but because all the data is positive and encouraging." Tsipras stressed that in the future, Greeks can look forward to a more "balanced relationship" with the State, a gradual reduction of taxes, an increase in wages and pensions, the restoration of the labor rights and an increase in investments which we expect to accelerate in the coming period.

Turning his attention to regional issues, Tsipras said the four concession agreements to explore and exploit hydrocarbons in the maritime areas of western Greece will offer a new impetus for development in the region. Concerning natural gas, he said the Public Gas Distribution Company for the Rest of Greece (DEDA) will submit very soon a plan to develop distribution networks in a number of towns in the region, among which Patras, Agrinio and Pyrgos.

Lois Labrianidis, Secretary General for Strategic and Private Investments at the Ministry of Economy and Development, has published articles in Chronos online magazine (18.8.2017), Efsyn newspaper (21.1.2018) and  Avgi Sunday newspaper (11.2.2018), on Greece’s flagship objectives for a National Development Plan.

The government has prepared the "National Development Strategy 2021", with the main objective of restructuring Greece's existing production model on the basis of knowledge economy, so that the country improve its position in the international division of labour while reducing social and regional inequalities.

The proposed knowledge economy model focus on the development of skilled human resources, knowledge and technology, in order to produce high added value, internationally traded goods and services. This can be achieved through increasing investments and the credit capacity of the financial system, implementing structural reforms, improving the business environment, putting to better use the Public-Private partnerships tool, optimizing public assets, and developping the social economy.

To understand why we chose these specific objectives over others, we must deconstruct some very convenient and unfortunately deeply ingrained myths. The first is that achieving economic growth is enough. Increasing GDP is of course necessary, but it is equally important how you achieve that. Simply put, you could easily increase GDP in the short term but, at the price of destroying environmental, cultural and / or human resources. Let’s remember that in the years of false prosperity (from the mid 1990s to 2008), behind the steady rise in GDP was the increase in private and public debt and the persistent widening of inequalities in an economy of borrowers and lenders, everything that lead us to the crisis.

Another myth is that it is enough to improve competitiveness and the business environment in order to set the country on a growth path and reduce unemployment. In reality, we must consider the quality of the jobs created as well as the labor force participation rate.

A third and relevant myth is the belief in the effectiveness of market automatisms for managing and allocating of scarce resources. The most prominent example of why this is wrong is the problem of climate change, the biggest environmental crime.

What is more, the transformation towards the knowledge economy cannot be the product of market automatism. The market itself can not reveal potentially comparative advantages  because it operates in the short term with the aim of direct profit. No market automatism is able to make this transformation happen, much more while addressing environmental issues, demographic decline and the emigration of skilled workers.

Undertaking this transformation is a long-term and high-risk venture; high-level public planning is required, involving a large number of public services and almost all the social partners. We now have a comprehensive set of tools necessary to make our “National Development Strategy 2021” a viable and workable development plan. Of course, successful implementation also depends on establishing new organizational structure and work philosophy in almost the entirety of the state machine, a task that requires time, effort and a new mindset.

It is time to realize that GDP growth is not an objective worthy of serving if it is not accompanied by national, economic, social and environmental development. And this in turn requires a minimal consensus on the fundamentals of the national development project. It is time for our society to identify with this set of goals and to implement them, in order to secure the conditions for a better future.