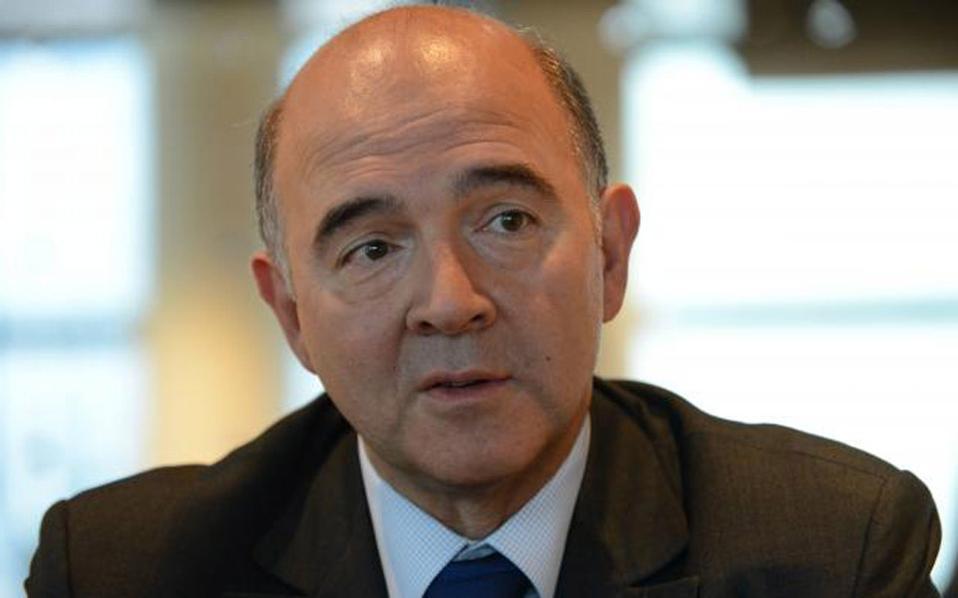 The European Commissioner for Economic and Financial Affairs, Taxation and Customs Pierre Moscovici, spoke to Dimitris Rapidis, coordinator of the European Progressive Forum. Moscovici talked about the surge of far-rights parties in the EU, fighting tax avoidance and evasion in the EU, deepening of the Economic and Monetary Union and Antonio Costa's administration in Portugal as proof that a government of the left can advance socialist values and principles.

As far as Greece is concrerned, the Commissioner points out that "the next few months constitute the home stretch of the memorandum era, which began eight years ago in the spring of 2010. The swift and successful conclusion of the third review bodes well for the next steps."

How do you explain the surge of far-right parties in many member-states in the EU and Eurozone during the last years?

First of all, far-right parties have not won every battle there was to win in the EU. Indeed, they lost the biggest battle of 2017: the French elections, which saw Marine Le Pen resoundingly defeated.

Still the threat posed by far-right and nationalist parties is real and shows no signs of diminishing. In Germany, the AfD has become the first far-right party to enter the Bundestag since the 1950s. In Austria, the Freedom Party holds key positions in the coalition government. In Italy's recent elections, more than a fifth of the vote went to the League and the far-right Brothers of Italy. And we have all seen the crushing victory of Viktor Orban's Fidesz party in Hungary this month.

Populist parties thrive on the economic insecurity that is the lasting legacy of the crisis, and on the divergences that remain far too pronounced in the eurozone. That's why we need to focus all our efforts on tackling inequality, and ensuring that the current strong economic growth also benefits our most marginalised communities.

We will only overcome this wave of populism in the EU through strong actions and conclusive results. We have a little over a year left before the end of our mandate: let’s make it count and convince all our citizens of the EU's benefits and strengths. This is our biggest challenge ahead of the 2019 European elections.

There has been a discussion in the EU over possible institutional reforms to address a number of challenges that the European establishment is faced with. According to your opinion, which proposals can efficiently tackle tax evasion and help EU address a future financial crisis?

You are raising two specific issues: the fight against tax evasion and the strengthening of our Economic and Monetary Union. Let me address each of these in turn.

Tackling tax avoidance and evasion is a global challenge and no country can address it alone. First as France's finance minister and then as EU Commissioner, I have worked hard to secure the agreements reached in the G20 to tackle Base Erosion and Profit Shifting. And in the EU, in spite of having to work with the unanimity rule on these issues, we have achieved an enormous amount over the past few years: an end to banking secrecy in Europe, the automatic exchange of information on tax rulings, new transparency requirements for tax intermediaries, and of course the first ever EU list of tax havens. Much still needs to be done and I intend to keep pushing our Member States to take the necessary decisions.

Two proposals are key to building a fairer, more competitive corporate tax system in Europe. The Common Consolidated Corporate Tax Base would close off many opportunities for profit shifting and encourage companies to invest across borders in the Single Market. And our proposal for fair taxation of the digital economy would establish a new framework for more effectively taxing the often huge profits made by digital giants in Europe.

Concerning the deepening of EMU, work is currently focusing on the reform of the European Stability Mechanism and the completion of the Banking Union, specifically the establishment of a common backstop for the Single Resolution Fund. These are the two areas identified by eurozone leaders as most ripe for agreement. But, moving forward with these areas first must not mean that we lose sight of the other priorities: making the euro area governance more efficient and democratic, and combating divergences inside the eurozone through a fiscal stabilisation function.

The window of opportunity before us to take a credible set of decisions on deepening EMU is an increasingly narrow one. It will remain open until the June Euro Summit, not longer than that. So we need now to accelerate our work. There is no time to lose.

Greece has made positive steps to stand on its feet again after eight years under tough financial monitoring and three bailout programs. Being one step before the final exit from the program in August 2018, how you assess the efforts of Syriza-led government towards this direction?

Greece has come a long way since the dramatic days of spring 2010, and since the turbulent summer of 2015.

I have worked very well with Alexis Tsipras and Euclid Tsakalotos these past years. The open lines of communication have been crucial in helping to move the process forward, whenever we have hit one of the many obstacles that were scattered along the path. And we have always succeeded in overcoming those obstacles, together. We all know how hard the past years have been for Greek people. They have made tremendous sacrifices, which are now paying off.

The next few months constitute the home stretch of the memorandum era, which began eight years ago in the spring of 2010. The swift and successful conclusion of the third review bodes well for the next steps. There is just one, final review left to complete before the programme concludes in the summer. I trust that it will go equally smoothly, provided the good constructive spirit that has defined the cooperation over recent months is maintained by all partners.

What I want is that after the programme, Greece will become, in economic terms, a normal European country once again. Greece’s economic policies will be monitored through the coordination process we call the European Semester. Because many of the programme commitments will continue to be implemented long after the programme ends, there will also need to be an appropriate type of post-programme surveillance in place. But let’s be clear: there will be no more “memoranda” – and, provided responsible fiscal policies are pursued in the future, there will be no more need for austerity.

Voter turnout in many member-states show that European socialist and centre-left parties are losing ground. We have seen it happened in France and Germany, among other member-states. In the contrary, we see Antonio Costa's government in Portugal performing well, building positive prospects for the economy and the society. How these different and opposing examples are interpreted?
​
Across Europe, socialist and center-left parties have suffered hard electoral defeats over the past few years: in Spain in 2016, in France, the Netherlands and Germany last year, and most recently in Italy. And yes, many of our voters have shifted their support to Eurosceptic and other populist movements of various hues. But socialism in Europe is not dead! Antonio Costa's administration gives us proof that a government of the left can advance socialist values and principles – fighting inequality and working for more and better jobs – while at the same time boosting economic growth and reducing the deficit.

We can defeat the Eurosceptics and the nationalists – I have no doubt about that. After years of losing ground to other parties, the upcoming 2019 European elections are an opportunity for socialism to thrive again. But that requires all socialists and social democrats in the European Union to join forces and offer a positive agenda based on our core values of justice, solidarity and most importantly, equality.

Read more: Greece ready for a "clean" exit from memoranda