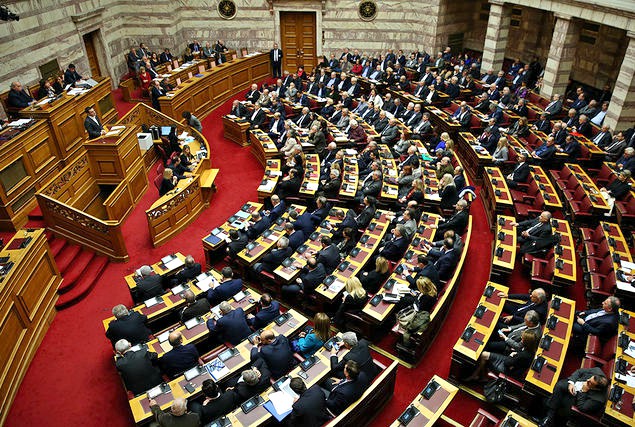 The government of Prime Minister Alexis Tsipras has won a vote of confidence in parliament by 151 to 148 votes on Wednesday evening. The PM had initiated the motion on Sunday, following the resignation of Panos Kammenos, leader of Independent Greeks (ANEL), the junior member of the ruling coalition. Kammenos, who served as National Defence minister, resigned over the Prespes Agreement.

Addressing the parliament during a plenary session on the vote of confidence, the Prime Minister said that a note verbale, informing Greece that the domestic processes related to the terms of the Prespes Agreement were completed by the Former Yugoslav Republic of Macedonia (FYROM), had just reached Athens. Tsipras called on each member of the Hellenic Parliament to assume their patriotic and national duty and “vote in favor of continuing the work that began four years ago”.

In his address, Kyriakos Mitsotakis, the Leader of the of main opposition party New Democracy, stated that the only way to achieve political stability was to call elections as soon as possible. A total of 148 lawmakers voted down the motion of confidence, while one member of the opposition was absent for health reasons.

The ruling party has 145 seats in parliament, while additional support was obtained by defecting lawmakers from the former coalition party ANEL as well as independents, thus securing 151 votes, the threshold required in the 300-member assembly. “Today the Greek parliament gave a vote of confidence in stability”, Tsipras told journalists after winning the vote.

Last night’s vote paves the way for the vote over the Prespes agreement for FYROM’s name, which will take place next week. If the vote passes, the name North Macedonia will take effect.