Alexis Tsipras: The time has come for a new Greece 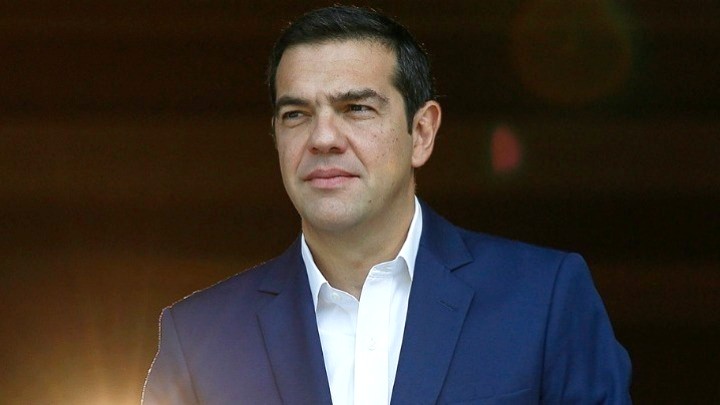 Prime Minister of Greece Alexis Tsipras writes* for the Greek version of The Economist magazine’s “The World in 2019” special edition, which was distributed with the Real News newspaper on Sunday.

Anyone attempting forecasts and projections some 6 or 7 years back, concerning the state of Greece at end of this decade, would certainly have been proven wrong today.

They would’ve rightly thought that any hopes for recovery of a country caught in the turmoil of the crisis, with its public finances in a tragic state and its society desperate, lied decades into the future. Today however, Greece contradicts all such gloomy forecasts.

It leaves behind eight years of austerity and policies that have hurt social cohesion. The period of stability support programs and budgetary surveillance is over since last August, but wounds have not yet completely healed.

There is hope and expectation once more, as the country finds its way afresh, normality is back and society has reason to be optimistic once again.

It took a new government that was different from what the Greek people have known in the last five decades whose aim since taking office in 2015 was exiting the crisis and supporting the social majority.

Greece no longer resembles the unsolvable problem of the Eurozone and the European Union; quite the opposite in fact.

In a Europe where the end of the economic and refugee crisis has not only failed to signal the start of a period of stability in Europe but, on the contrary, had marked the beginning of a new and perhaps even more serious political crisis.

Europe can now clearly see the consequences of punitive austerity, growing inequality and, of course, the absence of solidarity and shared responsibility between its members where there are stakes of historic importance.

Today, unfortunately, the tone is being set by paradoxical far-right rhetoric of hatred, division and chauvinism; these are trends we see gaining ground in the majority of European countries, even the most powerful.

Greece however is not part of this problem; on the contrary. Here, a progressive government has succeeded in leading the country from fiscal adjustment to fiscal stability, to correcting injustices against many, to managing the refugee crisis on humane terms and with solidarity.

Recently also it put an end to an almost 30-year-long dispute with our northern neighbors that has long nurturednationalism and the far-right on both sides of the border. Hence Greece regains its leading role in the Balkans, not by imposition but as a leading force in regional co-operation and co-development, against the wishes of all those who for their own self-interest long for the Balkans to forever remain the powder-keg of Europe.

Thus, 2019 marks the beginning of a new era for Greece: The reversal of negative economic trends is already a fact. We are entering the third year of growth, for the first time in a decade the country's future financing needs have been secured, the exemplary financial cycle continues, foreign direct investment is at a record decade-high, and exports continue with unprecedented momentum. All this constitutes the requirements for a dynamic recovery to take place, beginning with the first post-fiscal adjustment year.

However, what’s crucial is that this growth and recovery has a direct impact on people’s lives; and this is not just an issue of significance for my government, but a condition for the stability and increase of the economy.

An economy cannot ensure long-term positive results if it relies on the over-accumulation of wealth in the hands of a few, because the pillars of a prosperous economy are political stability and social cohesion. Hence, a structural element of our strategy is wealth redistribution.

This would come about by targeted measures restoring collective bargaining in the labor market, stamping down on undeclared labor and wage increases to support income and consumption.

Indicative such measures are the 350,000 new jobs created since 2015 that had as a direct result the reduction of unemployment by 9 points during this period.

We are determined to continue on the same path with even bolder steps, knowing that the Greek economy is an economy based on private consumption that needs to be strengthened by increasing disposable income.

Moreover, 2019 will be a year for multiple elections – including local elections, Euro-elections and general elections in October.

This is a welcome prospect for a prime minister whose government terms ends this year, giving people the chance to look at things as a whole, to judge and compare what has been done.

To compare the country marked by recession, extreme poverty and social conflict that was Greece when our government took office with that which we are building, the country of equitable growth, employment and social justice.

To compare that Greece which became the pariah of the global scene and the black sheep of Europe, with this Greece as leading actor of positive developments in the Balkans and as counterweight to the extreme backward and conservative forces that want to break Europe.

I am confident that 2019 will be a historic year, not only because it marks the end of Greece's crisis, but also because it will mean the beginning of a new Greece, that of its people - the many as against the few.

*Translated for GNA by Magda Hatzopoulou