The Cube Athens, is a startup cluster and innovation space in the heart of the Greek capital, hosting the best of Athens’ innovators in technology and offering offices & meeting rooms, seminars & workshops, events etc. Bolstered by its core management team, its partnerships with technology training institutes, an investment fund, technology user groups and the maker movement, The Cube stands out as a hub of innovation and ‘the place’ to be or hang out for the doers of the Greek capital.

Located in a seven floor building equipped with offices, meeting and seminar rooms, it already provides space to project teams and startups but also to individuals and teams throughout the open plan areas, bringing together people who are open to new ideas, love innovation and seek change through applicable initiatives. 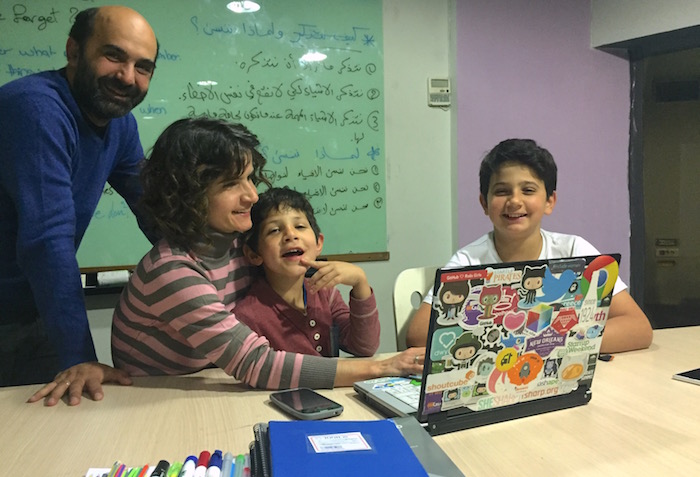 Last fall, the founders of The Cube, entrepreneur couple Maria Calafatis and Stavros Messinis, visited Lesvos as volunteers to help refugees, and a little later began visiting the Piraeus port premises where thousands of refugees were waiting to be relocated. In their quest for alternative ways to help the refugees, they originally explored the idea of creating a mobile app or a platform that would help them in their daily activities. Soon, however, they realized that the refugees were more in need of clothing and food supplies as well as education. By researching the programmes related to educational activities, they discovered the SOLE program (Self-Organized Learning Program), a system where children can work in groups, access the internet and other software, follow up on a class activity or project or go where their interests lead them. So Maria and Stavros decided to operate the Greek edition of this schooling program at The Cube Athens, offering classes to war-torn refugee children stranded in Greece. 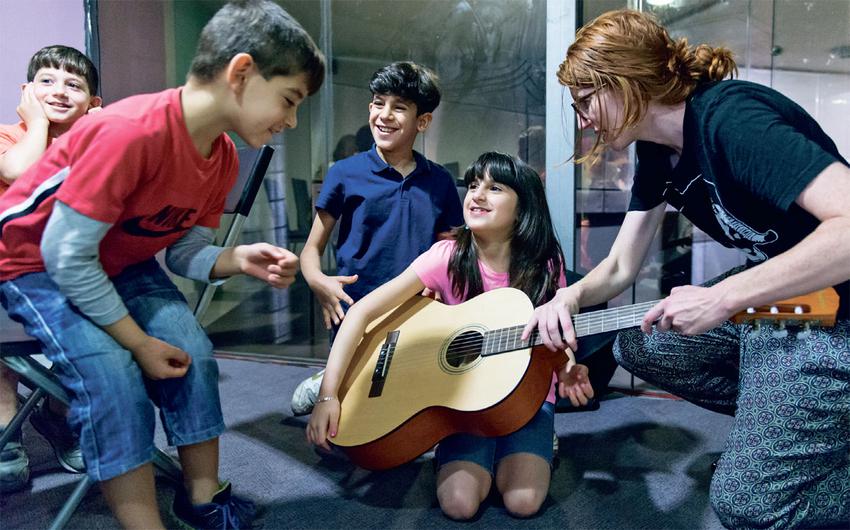 The programme started with 13 youngsters, aged between 7 and 17, from Syria and Iraq, temporarily living in Athens with their parents while waiting for asylum approval, with a mission to help them get back into some kind of classroom, having been deprived of schooling for more than a year. Since the aim of the SOLE program is to encourage children work in teams and enhance their creative skills, instead of using traditional methods of teaching, children are asked to develop solutions on broad questions such as “what makes you and people happy?” and present their arguments to the rest of class.  At this stage, The Cube is paying for the basics such as venue and electricity, but having in mind the need for expansion, the team will fundraise to accomplish this.  The programme has been received with enthusiasm and today there are 30 children already participating, while the aim of its founders is to expand to areas where refugees are temporarily settled.