Christos Ikonomou was born in Athens in 1970. He has published three collections of short stories, The Woman on the Rails, (Ellinika Grammata, 2003), Something Will Happen, You’ll See, (Polis, 2010) and All Good Things Will Come From The Sea, (Polis, 2014). Something will Happen You’ll See has won the prestigious Best Short-Story Collection State Award and became the most reviewed Greek book of 2011. It has been translated into German (CH Beck, 2013), English (Archipelago Books, 2016), Spanish (Valparaiso, 2016), French (Quidam, 2016), Croatian (VBZ, 2016) and Italian (Elliot Edizioni, 2016). All Good Things Will Come from the Sea has been translated into Italian (Elliot Edizioni, 2016). The French (Quidam) and US (Archipelago) editions are forthcoming. 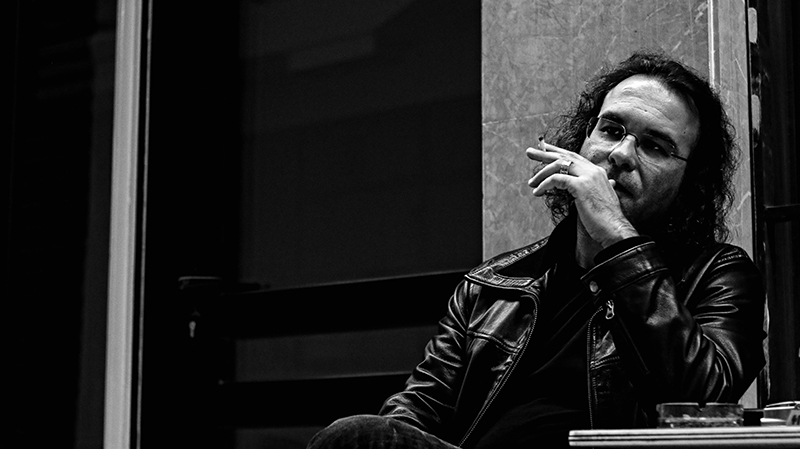 Christos Ikonomou spoke to Reading Greece* about how writing gives him ‘the fascinating pleasure of living more than one life’, the ‘struggle to remain a human being in a world that becomes, day by day, less and less human’ as the holding thread of Something Will Happen You’ll See, the way foreign readers have related to the book in ways that go beyond the crisis, and the role a writer is called to play in times of crisis. “In times like these, I have to summon up my courage and write about a specific kind of truth which can be extremely painful and unsettling but, as it happens with all kinds of truth, eventually will set us free: the truth about who we really are vs. who we think we are or who we wish to be”.

What prompted you to become a writer? Where do you draw your inspiration from?

Well, all these things are still a mystery to me. I guess I have that inexplicable, irresistible and overwhelming impulse to create a world of my own, and tell the stories of the people who live in it. After all these years, I’ve come to the conclusion that writing (and reading) gives me the fascinating pleasure of living more than one life. I have an apophatic, rather mystical approach to writing. I mean, the first thing that comes to my mind whenever someone asks me about how or why I write in this or that way, or where I draw inspiration from, is ‘‘well, I don’t know’’. When I write, I feel like I’m in a state of trance, in a state of ecstasy. It’s very hard for me to rationalize or explain afterwards how or why I did what I did. Maybe it’s not relevant, but I think that’s one of the reasons I hold in such high esteem these two great sayings: ‘‘Trust the tale, not the teller’’ (D.H. Lawrence) and ‘‘One can write nothing readable unless one constantly struggles to efface one's own personality’’ (George Orwell). 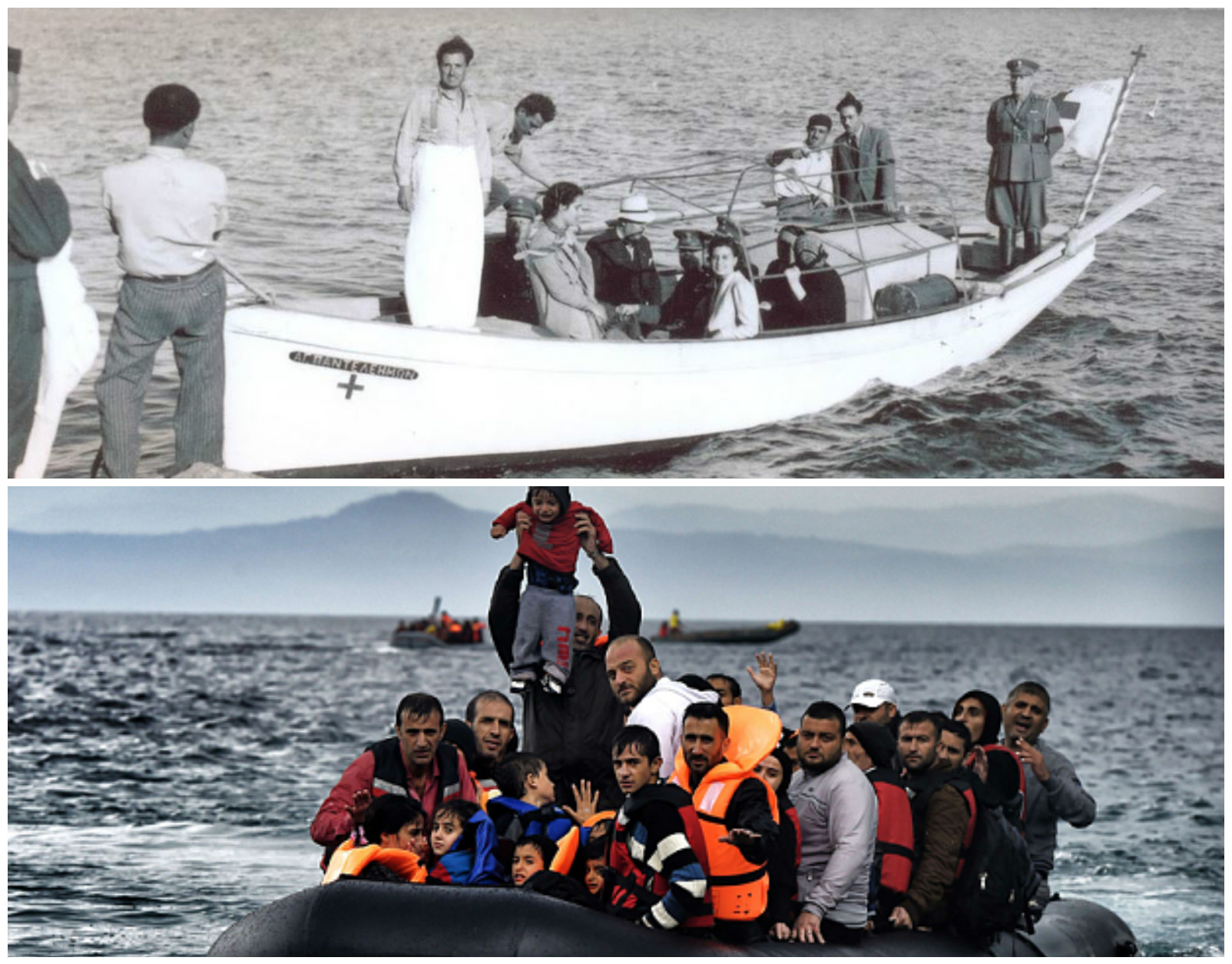 Your book “Something Will Happen You’ll See” has received rave reviews, characterized as “the Decameron of the crisis”. Which are the main themes of your stories? What makes these stories so timely?

As far as I can tell, the main theme of the stories is the constant struggle to remain a human being in a world that becomes, day by day, less and less human. What I’m trying to do is to write about meaningful things in a genuine and meaningful way. I’m trying to write about matters of life and death. And I’m trying to do all these things in a way that will appeal to the readers, no matter if they are Greeks or whatever else. I think that these stories are timely because they are not just about the Greek crisis, but they address many more universal and timeless issues.

What led you to choose Piraeus as the setting of your book and working class people as your protagonists?

I had always thought that, although it’s the chief port in Greece, and one of the largest ports in the world, Piraeus still remains a terra incognita for many people—Greeks or otherwise—since they get there just to take the ferries to the Aegean islands. So, I thought it would be interesting to write something about a place which is, at the same time, well-known and unknown. As for the characters, I was less interested in their economic or social background and more in their surviving skills. Being poor is a challenge in so many levels, and I wanted to explore as many aspects of that challenge as I could.

Your book has already been translated in six languages while your US promo tour has just been concluded? How has the book been received by different audiences? Do you think that the economic crisis has rekindled the interest for Greek literature?

I’m not sure there has been a revival of interest in Greek literature in general, but I do know that many people, in Europe and elsewhere, try to understand what’s going on in Greece these past few years and they are looking for some answers in literary works, since they are not content with what the media or the politicians and the bureaucrats say about the crisis. But the thing that matters most to me is that many foreign readers have related to the book in ways that go beyond the crisis. That’s quite interesting and, of course, quite encouraging.

It has been written that your stories seem to “reflect the resilience of the human spirit, capturing that elusive but crucial aspect in the human condition: hope”. Is there hope for Greek society? What is the role literature - and writers in particular - are called to play in such times of crisis?

To paraphrase the famous line by W.H. Auden, ‘‘we must hope or die’’. But, you know, hope is neither a feeling nor an abstract concept. It’s not something that exists outside of us or away from us. Hope is not a political slogan, an advertising gimmick or a buzzword in self-help books. Hope is our own creation. We create hope by all the things we choose to do or not to do. Hope is perhaps the most powerful weapon we have against the fear of death. Hope is the resistance against the oppression of the human spirit by the fear of death. That’s exactly what I’m trying to do: to speak for hope, not for fear of death. To speak for life, not for death. As for the role of literature—well, I’m trying not to generalize about these matters, so I’ll speak only about myself. In times like these, I have to summon up my courage and write about a specific kind of truth which can be extremely painful and unsettling but, as it happens with all kinds of truth, eventually will set us free: the truth about who we really are vs. who we think we are or who we wish to be. 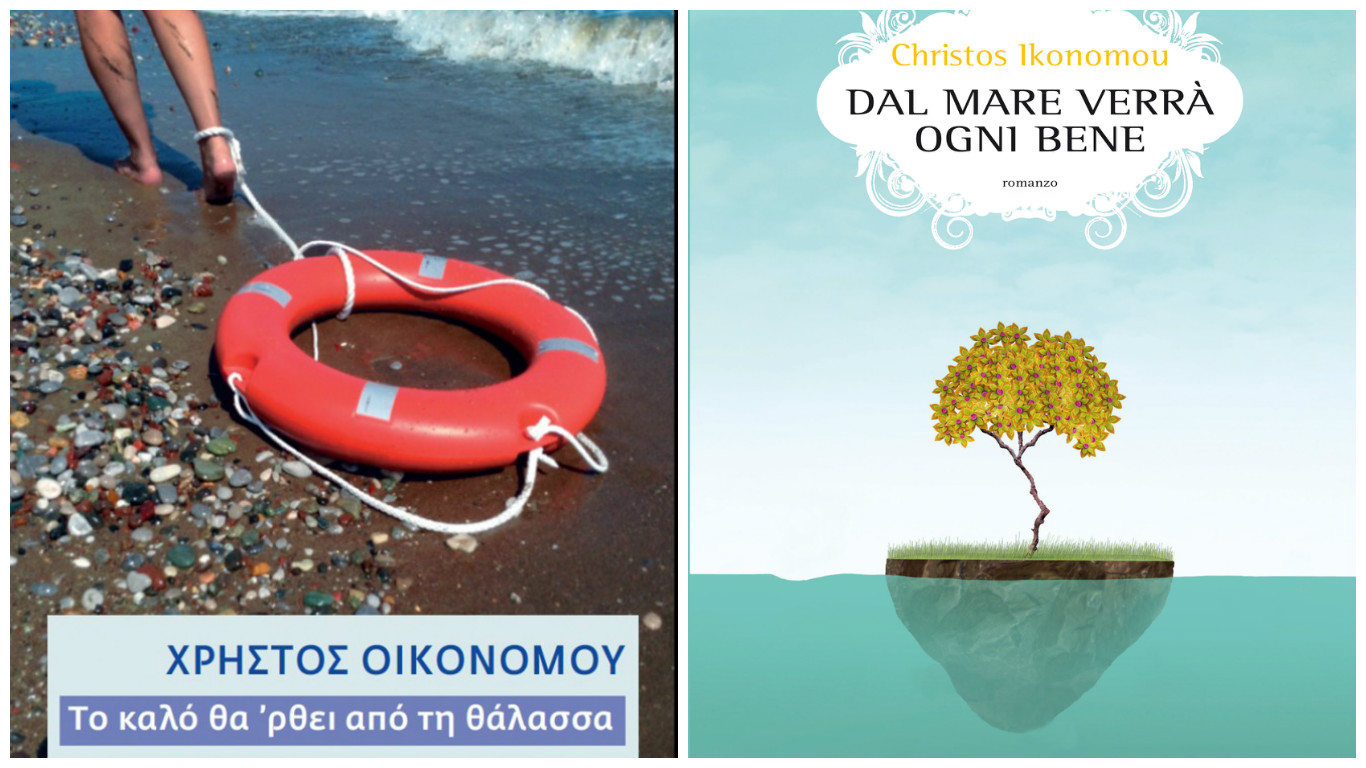 Any new book underway? What are your readers to expect from you in the near future?

I’m trying to write the second part of a trilogy of short stories about a group of ex-urbanites Greeks, who are forced, after the outburst of the economic crisis, to move to an Aegean island (the first part was published in 2014). But I don’t think that it’ll be finished any time soon—I’m a painfully slow writer because I need time to believe in what I’m writing about and the only way to do that is by rewriting. You see, that’s what I do after all: I don’t write, I rewrite.