Maklena Nika is a Lecturer of Modern Greek Literature at the Greek Studies Department of the University of Tirana since 2006. Her academic interests focus on comparative literature, comparing Greek, French and Albanian surrealism. She is the president of the Society of Friends of Nikos Kazantzakis for Albania. She has translated major works of Greek literature into Albanian. She is among Delegates Awards Professionals of the Hellenic Foundation for Culture in recognition and cultivation of Greek Culture. Oxymoron (Toena Publications, 2020) is her second poetry collection. 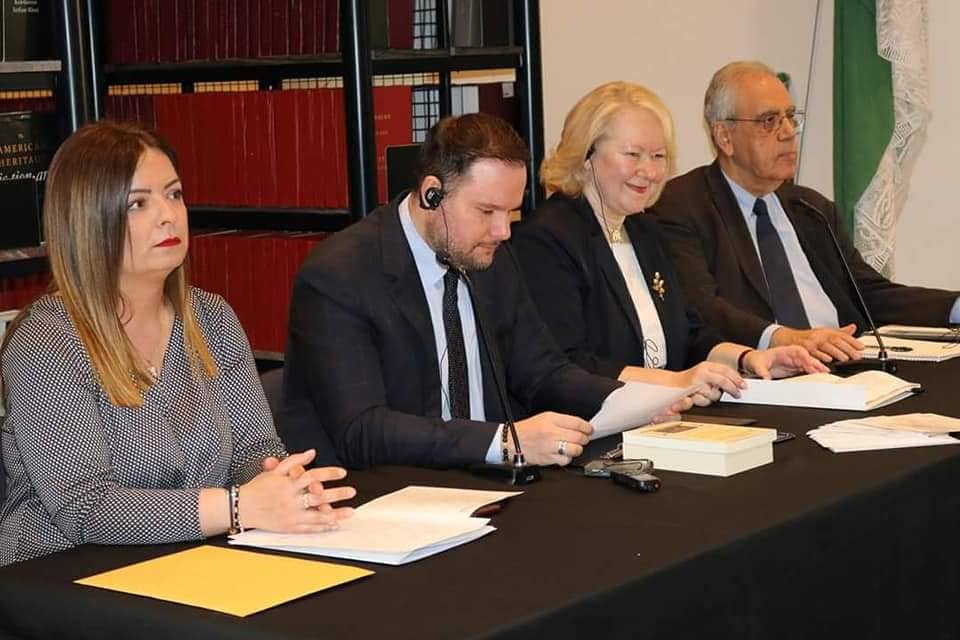 You are Professor of Greek Literature at the Greek Studies Department of the University of Tirana. How did your academic involvement in Greek culture and language began?

Since 2006 I am a Lecturer of Greek literature in this department, after my studies in Greek philology. My love for the Greek language and literature is early, also due to my family ties. Undoubtedly, literature, and especially Greek literature, has been a very good companion in my life. I have always been intrigued by mythology, the mythic element that has been inherited in almost every contemporary literary work. However, my academic interests have focused more on modern literature, more specifically on Greek versus French surrealism. During my doctoral researches at the Aristotle University, Thessaloniki, I encountered many surrealist authors unknown to me, who still continue to excite my academic thinking.

Since 2009, you have been President of the International Society “Friends of Nikos Kazantzakis” (Albanian Branch). Tell us a few things about the scope and initiatives undertaken by the Society.

It is one of my most beautiful professional activities, because I can say with conviction that Nikos Kazantzakis is among my favorite writers, not only Greek, but also internationally. As it is well known, the Society has a very intensive activity around the world, and I would say the same for Albania or Kosovo. The main goal of the society and its branch in Albania is the promotion of the multidimensional work of the Greek author, the annual organization of a literary, scientific, promotional activity of his work and its translations in the Albanian language. Dozens of such activities have been organized, in cooperation with the Embassy of Greece in Tirana, where the main focus has been the familiarization and approach of the Albanian reader with this great philosopher of Greek Letters. It is a great honor for me to continue leading this society in Albania, which includes writers, translators, publishers, art critics, teachers, etc. In Albanian literature, Nikos Kazantzakis is the most translated writer, with more than 20 works. 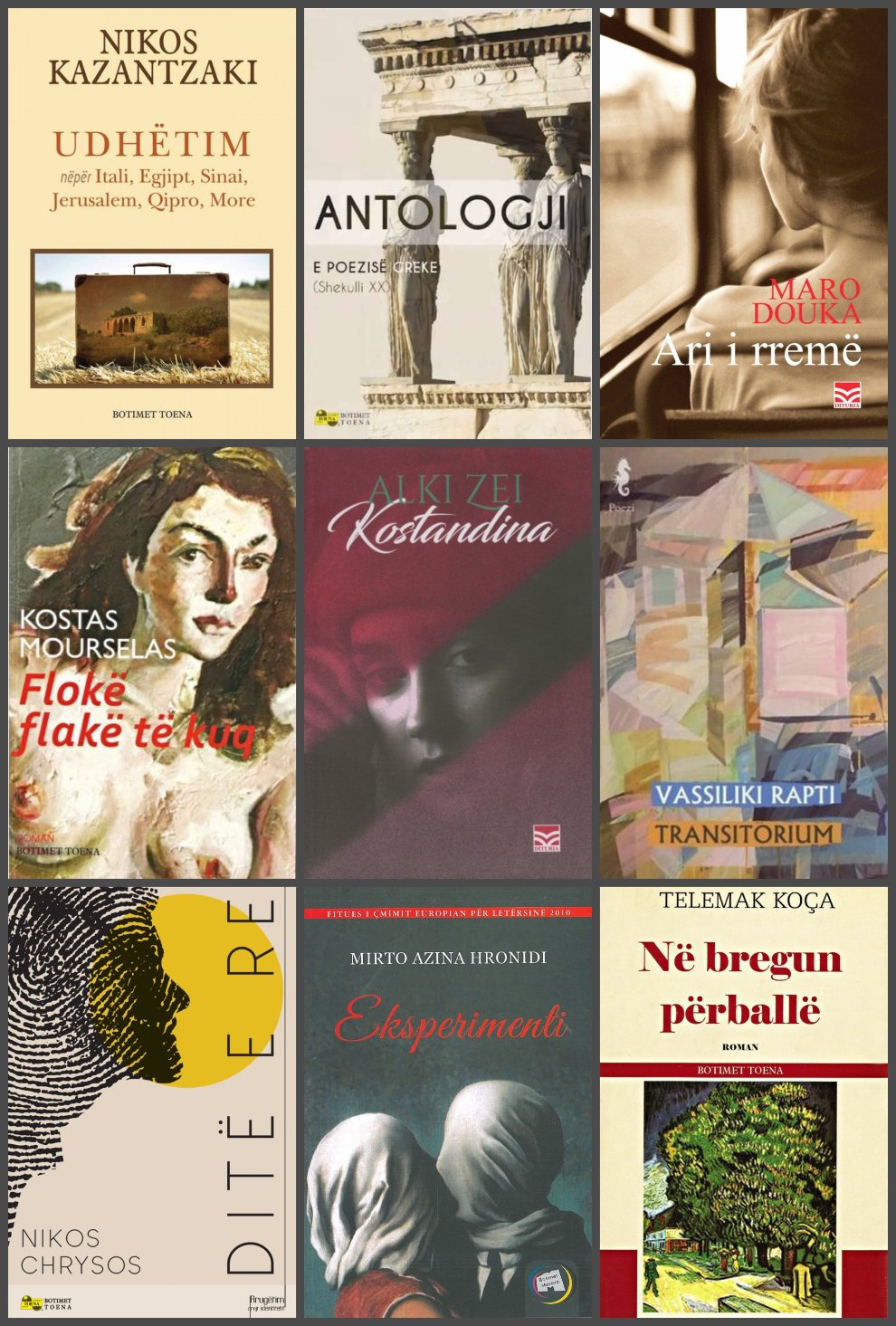 Being a writer yourself, tell us a few things about the main themes your poetry touches upon?

I started writing poetry when I was a teenager, and my first publication was at the age of 20, a collection of poems in Albanian and French. The second edition was published after about 20 years, entitled "Oxymoron", Publishing House “Toena” 2020, a poetic collection which was warmly received and was nominated for the National Poetry Prize by the Ministry of Culture, Tirana. The main axis of my poems and poetic concerns is the concept of oxymoron, of opposites, often incompatible within the female soul, often absurd and confusing. These oxymorons are created within a sensitive soul that becomes poetic and philosophical from absence and presence, from memory and oblivion, from light and darkness. I am inspired by the myths that are demystified when the magic is lost, everything Dionysian and Apollonian, the sun and the moon, every feminine myth that hides inside me, every object and subject that excites my poetic nerve, every reality and surreality I experience, every freedom and slavery I invent and accept. Basically, my poems are my "dark" lunatic part and this helps me a lot to be in balance with the rhythm of life. I think I can say everything I need to through poetry. I hope that my poetry will be soon translated into Greek.

Greek and Albania share strong cultural ties. What is it that connects the two countries? Are there meeting points between the two cultures?

Albania and Greece as two neighboring countries have shared common histories throughout the centuries. In terms of culture, I could say that there are many meeting points and common points. Let's not forget that we are two Mediterranean countries with the same Balkan mentality, with the same historical and social concerns. The art and culture of a people are born from its suffering, from its history, from its mentality. It is at this point that the two cultures of our countries meet, resulting in literary products and works of art with the same aroma of the Ionian Sea.

Being a translator of Greek literature in Albanian, which have been the major challenges you have been faced with while translating Greek literary works?

One of my main commitments is the translation of Greek literature into the Albanian language. The works I have translated are among the most important works of Greek literature, such as Nikos Kazantzakis, Maro Douka, Alki Zei, Kostas Mourselas, Nikos Chrysos, some Greek poets, etc. The challenge as a translator has been multidimensional for every author and every work. To translate means to secretly communicate with the author, to feel the rhythm of his/her writing, to make the right stylistic choices with linguistic mathematical precision. When you translate, you are no longer a translator, you are already a creator, not authentic and independent, but closely connected and influenced by the work to be translated. You have to co-identify with an artist-writer who you don't know, but who holds his/her most precious thing, his/her soul, and thus the responsibility is very great. It is not only a responsibility to the author, but also to the reader, to the history. My challenges? Numerous; linguistic, stylistic, toponyms, bearing in mind that the Albanian and Greek languages ​​are two very rich languages ​​and the stylistic nuances have been the most difficult part for me, requiring various negotiations. If we were talking about translating poetry, I would add that the challenge is exhausting, but beautiful. You have to say a lot in limited linguistic and poetic material. 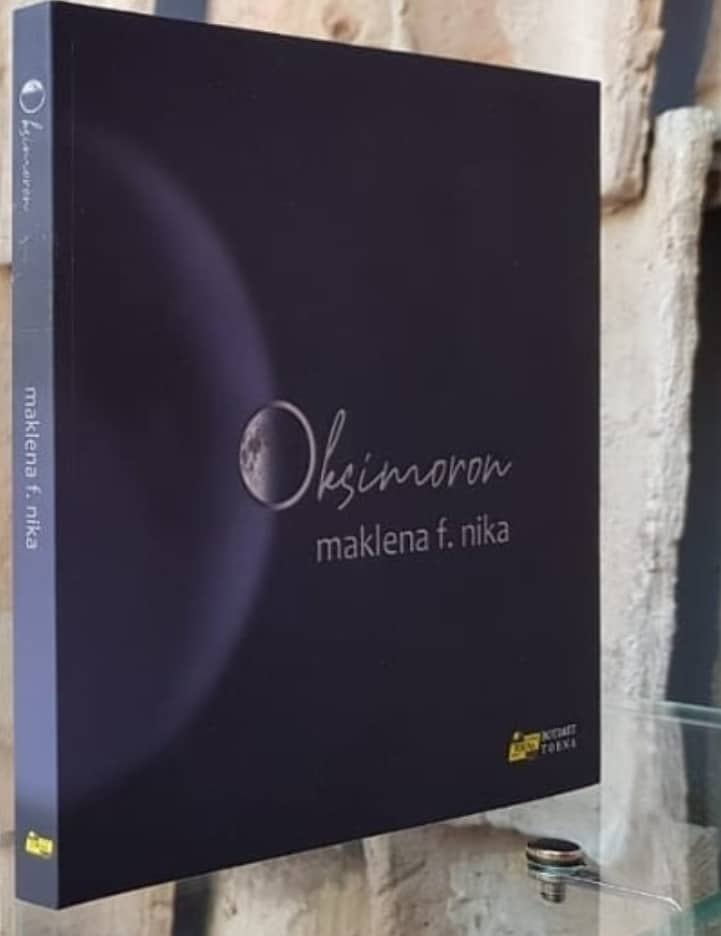 More specifically, what is that make Greek literature appealing to Albanian readers, and, vice versa, in what ways does Albanian literature attract the interest of a Greek audience?

Since 2007, in cooperation with the National Book Center, Thessaloniki, we have carried out a project with the main objective of recording the works of Greek literature translated in Albania from the 20th century until today. This project did not focus only on a simple numerical registration, but from the collected and processed data, several important conclusions were reached related to the translation trends throughout different historical periods (1900 - 1945, 1945 - 1990, decline of the communist system in Albania and 1990 until today), the policies of the publishing houses regarding the translation and promotion of Greek literature in Albania, the preferences of the Albanian reader for Greek literature, where I would no doubt emphasize on classical literature. This study still draws my attention to the recent translation developments of Greek literature in Albania, but also of Albanian literature in Greece. There are about 300 major titles of Greek literature that have been translated, representing the most important Greek writers. In recent years, the trend of translating contemporary literature and women's literature has been noticed. As for the Greek readers, I can say that they are interested in reading the most prominent names of Albanian literature, but also contemporary writers who combine myth with history.

How important is the role of translation in the dissemination of a literature beyond national borders? In general, could translation contribute to a better understanding between cultures and translators act as cultural ambassadors between countries?

Translation is a science of communication and only through art and literature the whole world becomes one. The translation of literature remains one of the most important means of communication between peoples, which contributes to the identification of the "other", to the recognition of the world beyond state borders, to the acceptance of cultural and expressive differences, to the interweaving of opposite and distant cultures. In short, books are the best ambassadors among peoples, who need no a diplomacy to converse, just letters...