World Photography Day: Greece’s Monuments and Sites through the Lens of Pioneer Greek and Foreign Photographers

On the occasion of World Photography Day, celebrated annually on August 19, Greek News Agenda pays tribute to the work of the first Greek and foreign photographers - including Philippos Margaritis, the Romaidis brothers, William James Stillman, and Frederic Boissonnas - who captured the unique beauty of Greece’s monuments and sites from 1839 to 1920. Their work is showcased in “Picturing Early Greece”, a specially designed website with background information available in both Greek and English. 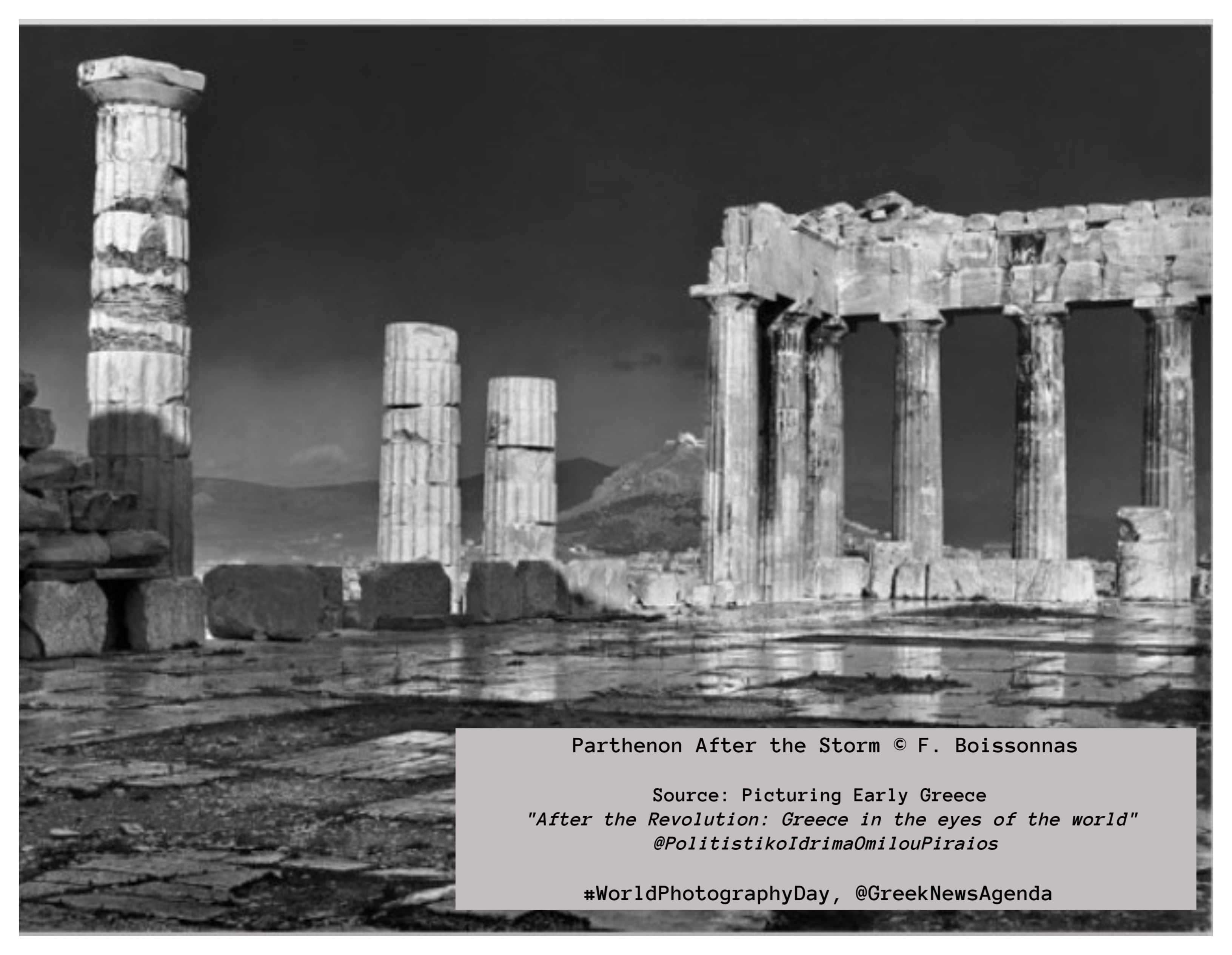 "After the Revolution: Greece in the eyes of the world" exhibition l Background Information

The digital show "After the Revolution: Greece in the eyes of the world" aims to present, in brief, the history of the evolution of photography in Greece. Organized by the Cultural Foundation of the Piraeus Bank Group, it features over 120 photographs -free of copyright- based on archival material gathered from the Ministry of Culture and Sports, cultural foundations, as well as private collections.

It is worth mentioning that - before the Greek War of Independence in 1821 - Greece was known abroad mainly through engravings that depicted both existing and imaginary scenes. Travelers to Greece in the early 19th century looked for those sites and photographic depiction was soon to become the new medium of documentation for the country’s large-scale excavations and archaeological findings, in addition to the existing monuments-symbols of Classical Antiquity. 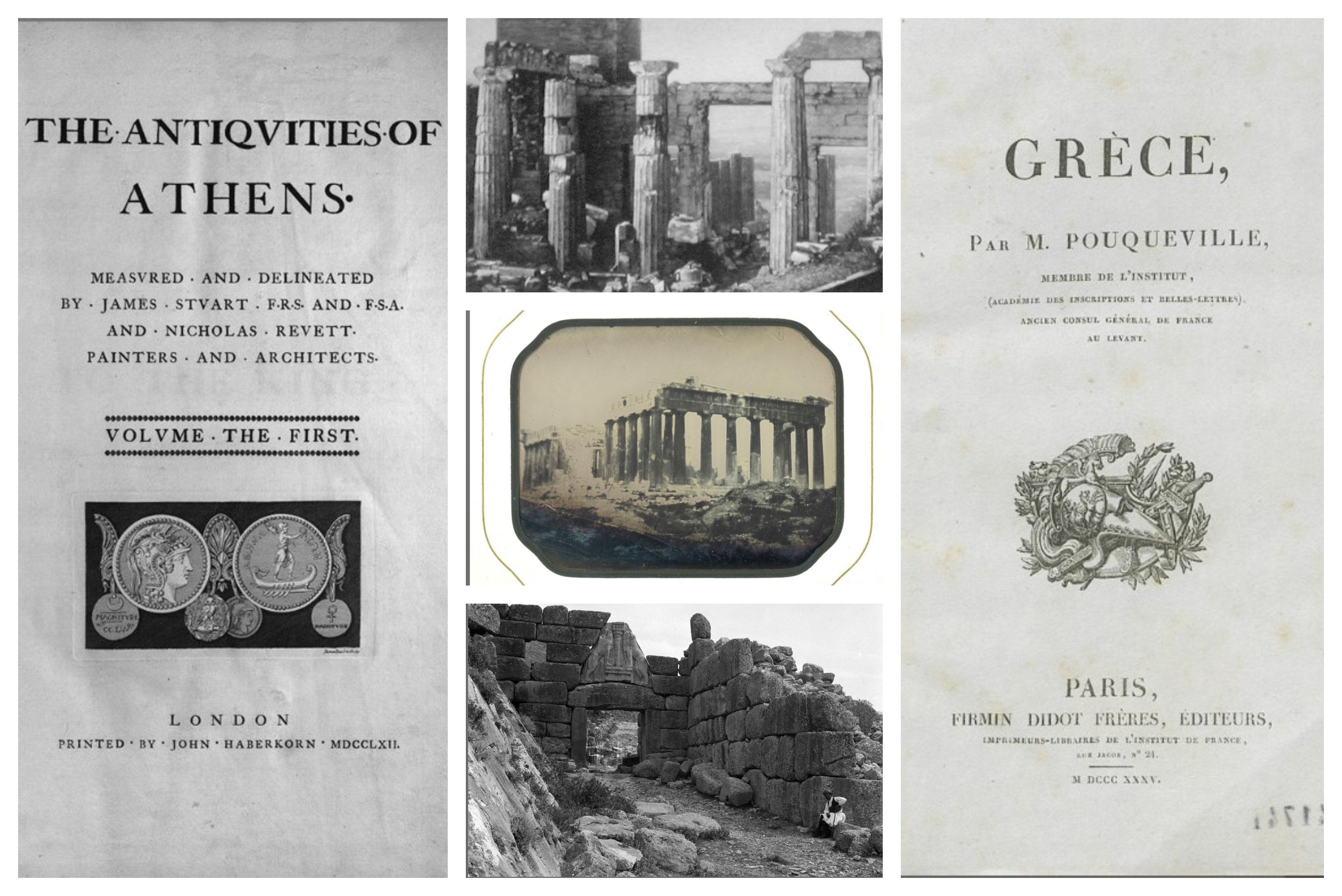 More specifically, the medium of photography - presented formally by Louis Daguerre in 1839 - arrived in Greece in October of the same year, when businessman Pierre-Gaspard Gustave Joly de Lotbinière made a daguerreotype of the Propylaea, widely considered to be the first photograph ever in Greece. Shortly after, between 1841 and 1843, there was the first recorded attempt to open a daguerreotype studio in Athens by French engineer Br. Villeroy.

Foreign photographers arriving in the country after Lotbinière and the Greeks that studied under them sought to photograph the same themes, including the monuments of Athens and Attica, as well as more remote areas of archaeological importance such as Thassos and Philippi among others, thus “immortalizing” monuments and linking Ancient with Modern Greece. As for the passage from documentation to artistic expression, it was encountered in the late 1860s, as the new medium acquired more and more admirers and the photographers’ artistic intent began to manifest in the compositions, engaging in a dialogue between the present and the past. 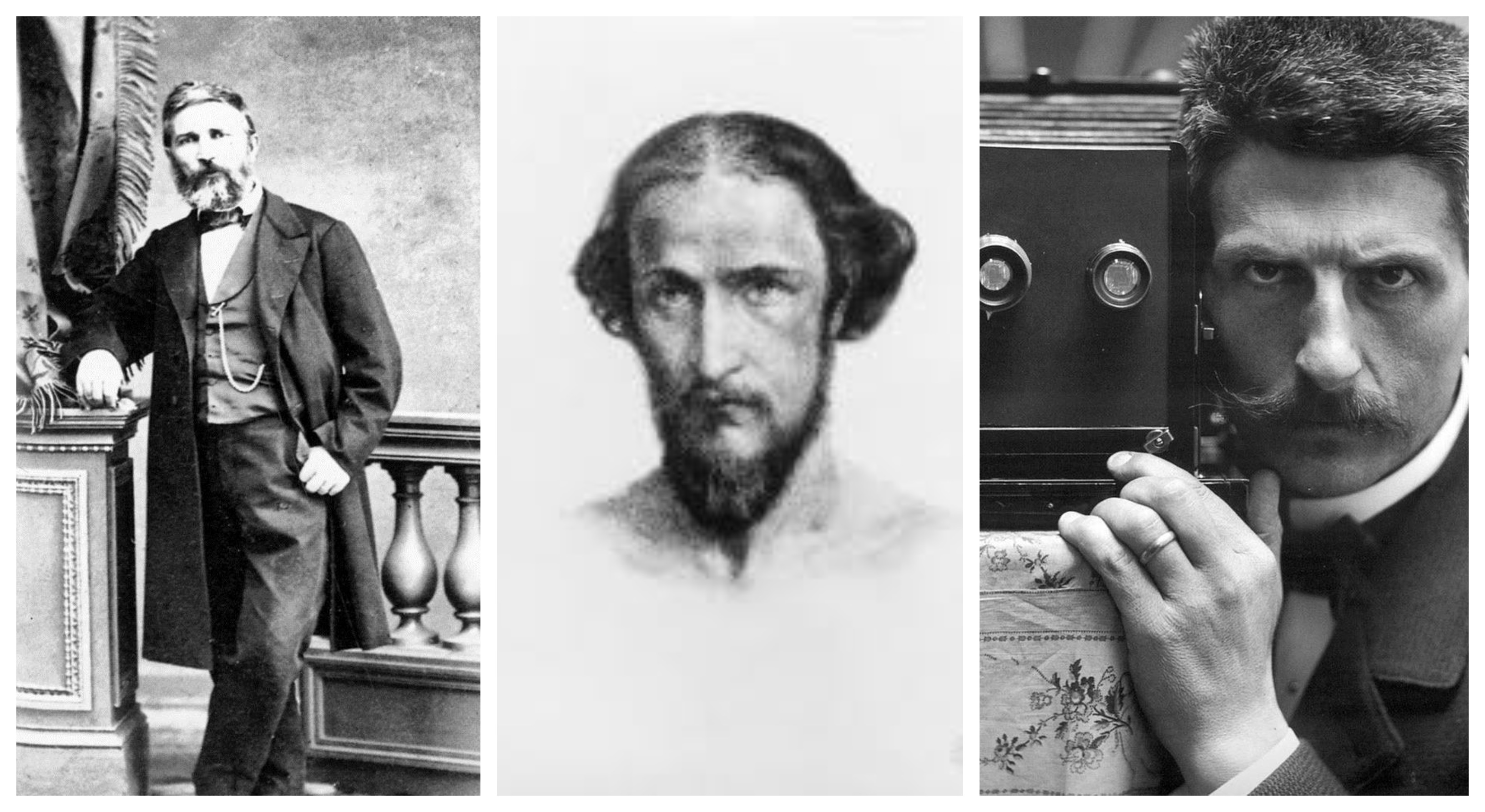 The first Greek and Foreign Photographers

Among the first Greek photographers were the Romaidis brothers and Philippos Margaritis (1810-1892), who was a Professor at the Athens School of Fine Arts and is widely acknowledged to have been the first Greek photographer. Margaritis, in particular, first presented photos of the Acropolis monuments at the World Fair in Paris (1855), winning an award while also taking part a few years later in London’s International Exhibition and the Olympia exhibition in Athens.

From that point onwards, social recognition of photographers as agents of progress and Europeanization increased, as did technological innovations in photographic processes. This was accompanied by an increase in the number of photography studios in Athens, followed by a similar rise in other Greek cities a few years later. It is worth noting that in the early 20th century, Greek photographers – whose numbers rose rapidly after 1900 – broadened their portfolios beyond the country’s archaeological and architectural attractions to include images of people and scenes from the country’s socio-political life, with clients often being members of the upper classes.

As far as foreign photographers are concerned, one should make special mention to the work of the American painter, journalist, photographer, and US Consul in Crete William James Stillman (1828-1901). Stillman was a great Philhellene; in fact, as critic Szegedy-Maszak has suggested, Stillman's photography - especially an album of views of the Athenian Acropolis titled “The Acropolis of Athens Illustrated Picturesquely and Architecturally in Photography (1870)”- displayed an artistic sensibility and a genius of a higher order than the rest of his work. At the same time, it reveals a profound ideological program, in which the Acropolis is ultimately portrayed allegorically as an emblem of liberty. 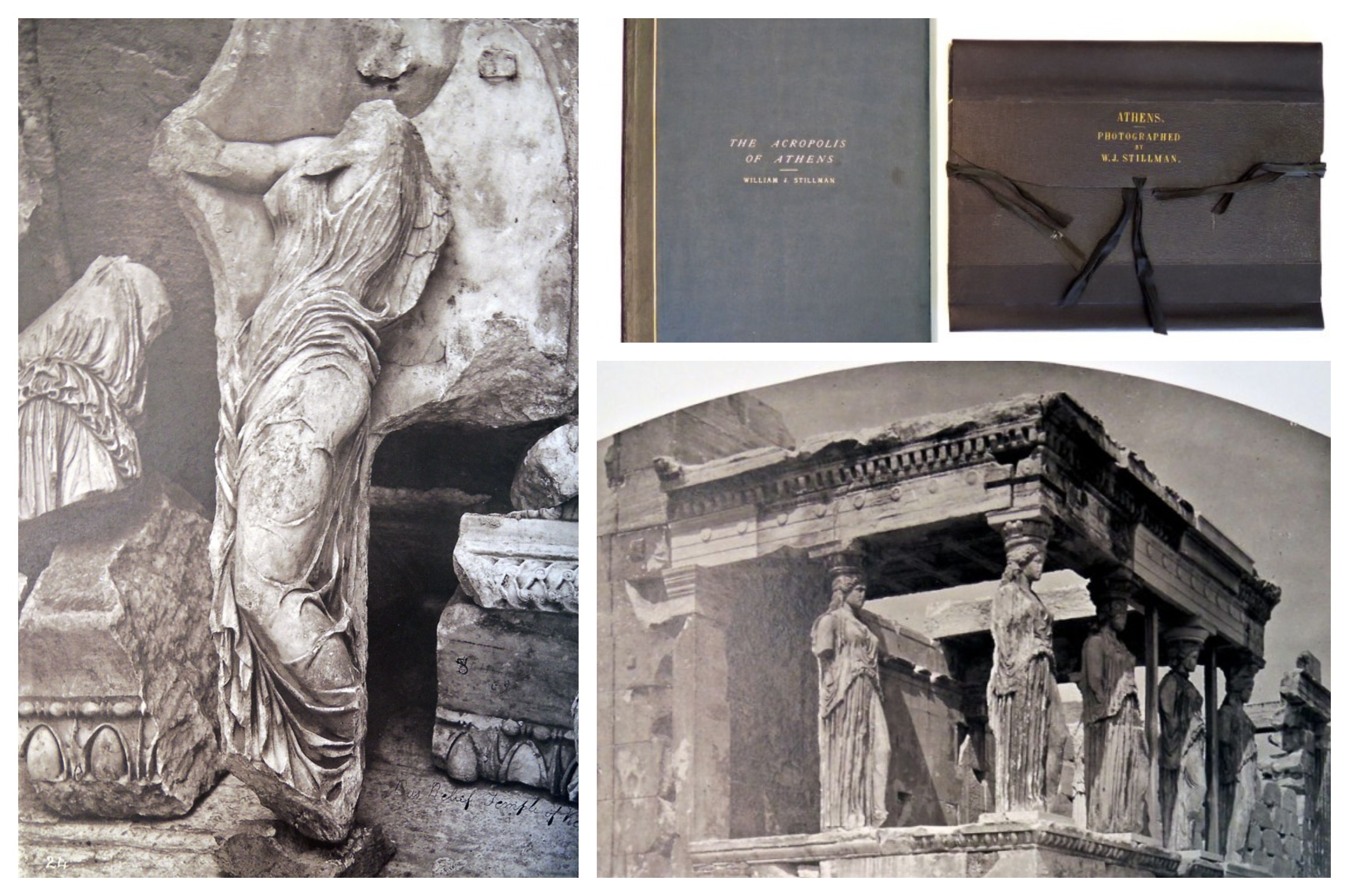 Another milestone in photography, largely focusing on Greece’s monuments and historic landscapes, was -from 1907 and for quite a few decades- the work of the Swiss photographer Frédéric Boissonnas (1858-1946). In fact, Boissonas’ work was key to the evolution of photography in Greece in the course of the 20th century, attracting through his striking photographs a great deal of European attention to Greece in the inter-war period. Moreover, Boissonas’ work and his collaboration with Greek diplomats over the years greatly assisted in the understanding of how Greek history figured in the overall context of European history.

Finally, yet importantly, an essential element in Boissonnas’ biography is also his philhellenism; as photography critic, Nina Kassianou, has put it:

“The tender glance of “the foreigner” who loved unselfishly our country makes us appreciate everything that we take for granted in Greece, from the Acropolis as a “welcoming the day”, to an alley in the Cyclades. And we so much need “foreigners with fond eyes,” who love Greece unconditionally, in the difficult times we are going through.” 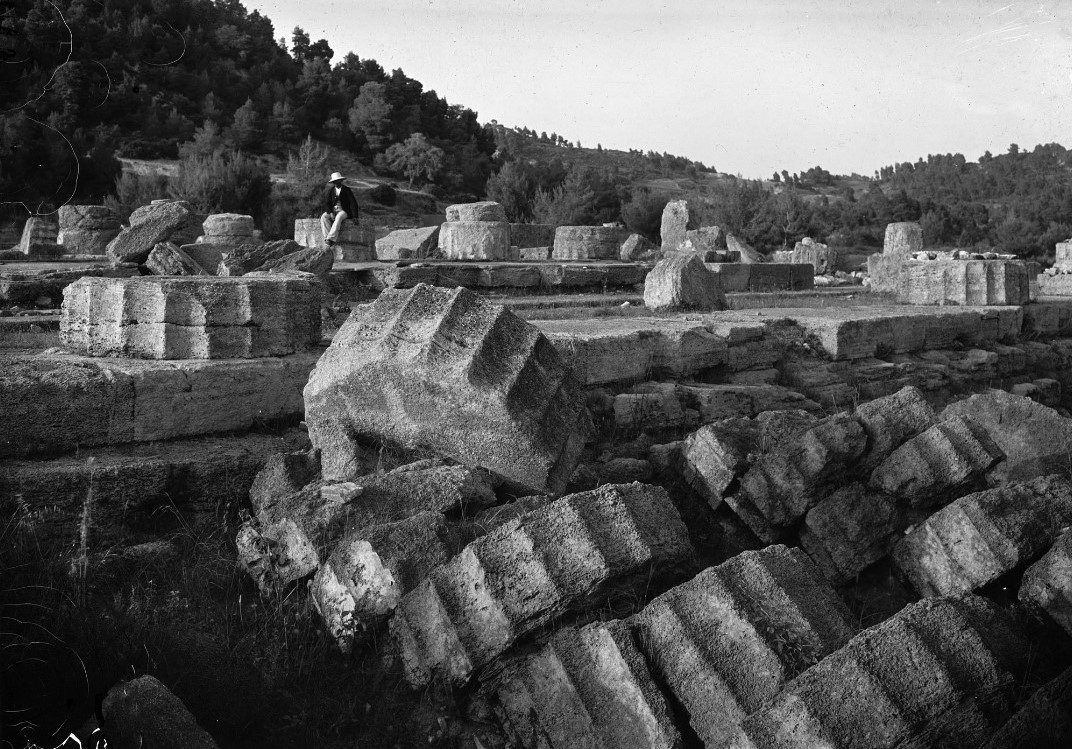