Angelos Sikelianos (1884–1951) is generally recognized as the most important Greek poet between Cavafy and Seferis. Considered one of the leading 20th-century Greek lyrical poets, he developed some of Greece's most prestigious pieces of literature, being nominated five times for a Nobel Prize. 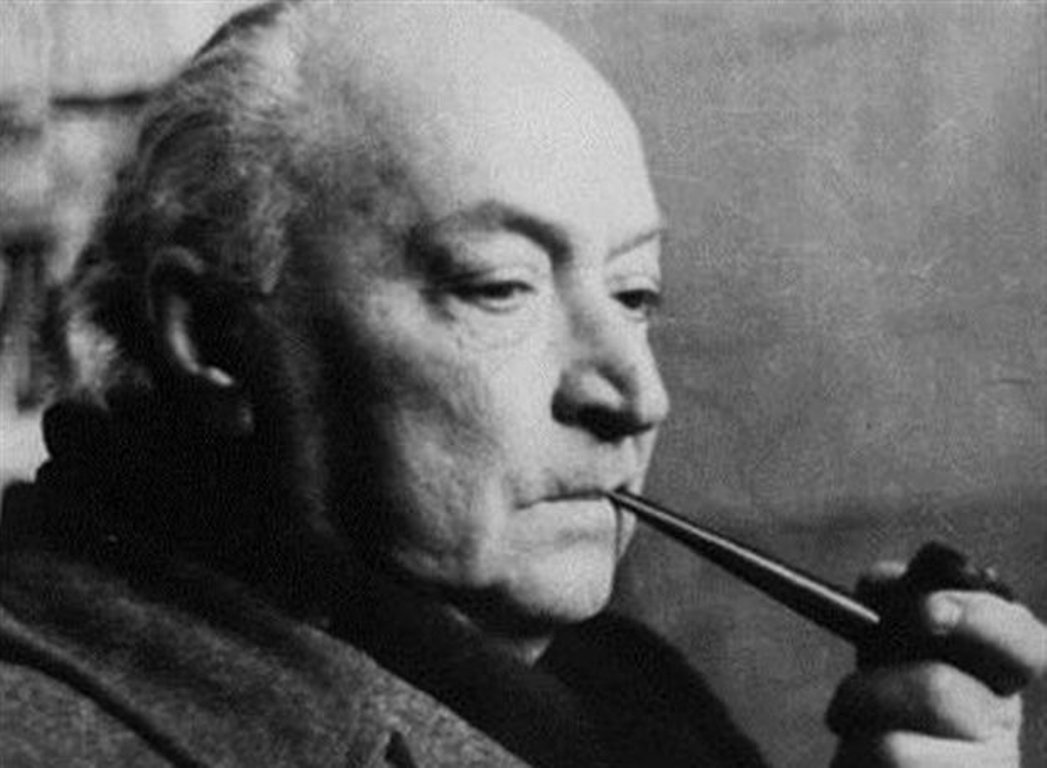 Sikelianos was born in Lefkada where he spent his childhood. In the course of the following years, he traveled extensively and devoted himself to poetry. In 1907, he married the American Eva Palmer in the United States; the couple moved to Athens in 1908. During that period, Sikelianos came in contact with Greek intellectuals. His first work, the Alafroískïotos (“The Light-Shadowed”), was published in 1909 and revealed his lyrical powers. The poem was a true hymn to Greek nature, written with admirable power and coarse original lyrics. It was followed by a group of outstanding lyrics.

During the Balkan Wars (1912-1913), in which he took part, he wrote patriotic poems, published in newspapers, magazines and in the poetic collection Lyrics. In 1914 he met Nikos Kazantzakis. They connect from the very beginning with a strong sympathy that evolves quickly into deep friendship. They are recognized as spiritual companions, which shared a common desire to explore the divine.

His next period was introduced by the philosophic poem Prólogos sti zoí (“Prologue to Life”, 1917) and includes the long works Metera Theou (“Mother of God”) and Pascha ton Hellenon (“The Greek Easter”), culminating in the Delphikós lógos (“Delphic Utterance”, 1927). In the last, Greek tradition and the national historic and religious symbols are given a mystic turn and a universal significance.

In May 1927, in collaboration with his wife, Eva Palmer-Sikelianos, he held the Delphic Festival as part of his general effort towards a revival of the ‘Delphic Idea’. He believed that the principles which had shaped the classic civilization, if reexamined, could offer spiritual independence and serve as a means of communication among people. The event consisted of Olympic contests, a concert of Byzantine music, an exhibition of folk art as well as a performance of Prometheus Bound.The Delphic Festivals were acclaimed by critics (many of them invited to attend) and despite a lack of state assistance, they were repeated three years later. The revival was then permanently abandoned due to the excessive organization costs.

In the 1930s and 1940s there appeared a second group of lyrics, which display the full power of Sikelianos’ art. They express in rich and incisive language and with forceful imagery the poet’s belief in the beauty and harmony of the world. The tragedies of Sikelianós (Sibylla, Daedalus in Crete, Christ in Rome, The Death of Digenis and Asklepius, which are introduced by the long dramatic poem The Dithyramb of the Rose) are more notable for their lyric than their dramatic qualities.

The poetic creation of Sikelianos is of special value, from when the first signs of World War II began to its end. During the occupation of Greece, he secretly wrote and published Akritika (1941-1942), a cry of pain for enslaved Hellenism. The funerary poem he composed and recited for fellow Greek poet Kostis Palamas in 1943 roused the mourners and culminated in an angry demonstration of a 100,000 people against Nazi occupation. He also wrote the letter, spearheaded by Archbishop Damaskinos, and signed by prominent Greek citizens, in defense of the Jews who were being persecuted.

Sikelianos published his poetic work in three volumes in 1946 and 1947. The collection's title was Lyric Life. He left, however, several poems unpublished. In 1965 G.P. Savvides, a leading Greek philologist, started to publish the entire poetic work of Sikelianos, which finally comprised five volumes.

THE HORSES OF ACHILLES

O Field of Asphodel, two horses
Whinnied and raced along your edge,
Their backs were shining like a wave
As they came surging out of the tide
And tore across the empty sand,
Their necks were arched like breakers, high,
Stallions flecked with white foam . . .
Lightning kindled in the eye.
They dove back in, wave into the waves,
Foam into the foam of the sea,
And then were gone. I knew those steeds,
One had taken on human voice,
And prophecy, a sayer of sooth.
The hero gripped the reins and kicked,
Driving onward his godlike youth . . .
Holy horses, fate has kept you
Indestructible, and set
Upon your foreheads black as night
A charm against the evil eye,
A great and blinding blaze of white!
[Translated by A.E. Stallings]

The Horses of Achilles depicts the immortal horses of Achilles, Xanthus and Balius, in Elysium (the fields of asphodel). In the Iliad, Xanthus had the power of speech and prophesied the death of Achilles, for which he was silenced by the Furies. The poem is both a response to Homer and to Cavafy’s poem of (almost) the same title. In Sikelianos’s poem, Achilles and his horses share a golden immortality and youth beyond the blood and dust of battle One wonders who is speaking: Sikelianos, Odysseus, Patroclus?

For Sikelianos everything in the natural and visible world, when rightly perceived, is an expression of a supernatural and invisible order of reality. The task of the prophet, sage and poet is to reconcile the one world with the other, o heal the dichotomy between them through an act of creative mediation. With this in mind, Sikelianos uses myth not as a rhetorical device but as a mode for revealing the eternal divinities that inhabit the physical world. In his late poems, myth becomes the agency for uniting his subjective and narrative voices into a sublime tragic vision.

"Prolific, vatic, uneven, yet a master of many complex forms, no twentieth-century Greek poet is more deserving of serious attention . . . yet no poet is so the despair of the translator", wrote David Ricks referring to Angelos Sikelianos in his anthology Modern Greek Writing. Indeed translator A.E. Stallings talked about "the maddening challenge getting his bold, rhymed sonnets accurately into bold, rhymed English".

Sikelianos’ works are available in English translation, in Selected Poems, translated by Edmund Keeley and Philip Sherrard, originally published in 1979. Selected poems by Sikelianos are also included in Voices of Modern Greece (1981), translated and edited by Keeley and Sherrard.

Read also:
Rethinking Greece: Artemis Leontis on the Cultural Biography of Eva Palmer Sikelianos and the Modern Reception of Classical Greece
Reading Greece: A.E. Stallings on Greek Mythology as a Source of Inspiration and the Greek Language as a Landscape in Poetry