Alexandroupolis: a new energy and transportation hub for Greece 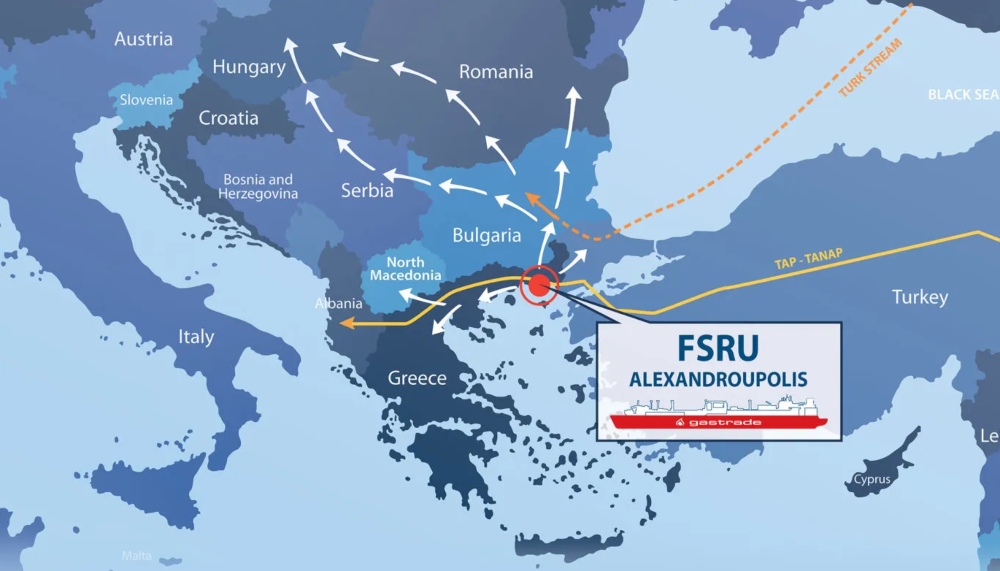 The largest city in the Eastern Macedonia and Thrace region, Alexandroupolis, is developing into a major energy hub and a pillar of security and stability, enhancing Greece’s multidimensional cooperation with the US, EU, and NATO.

The city’s port, strategically located at the easternmost border of Greece and the EU, at the meeting point of two continents, offers exceptional advantages for the region’s transformation into a major energy, logistics, and transportation centre. Directly linked to the Egnatia Motorway and the railroad network, and situated only 3 miles from the Alexandroupolis "Democritus" Airport, the port’s cargo terminal has all the necessary infrastructure to serve as the major transportation hub in the area.

While visiting the Alexandroupolis port this past December, the Greek Minister of Foreign Affairs, Nikos Dendias, stated that "from the beginning, in 2019, we set three guiding pillars. The first one is defense. That, I believe, is fully served through the two Agreements we signed with the US, the MDCA and its amendment. The port of Alexandroupolis has been included in the planning, and thus serves, in the truest sense, the Greek, national interest. Apart from that, there is a trade and economic aspect. This port will evolve, will become a port of entry into Central and Eastern Europe, and play an extremely important role for the city and the region in the years to come. And the third aspect, which is in no respect less important, is energy. The new liquefied natural gas terminal that will be built a few miles from here, and the interconnection with TAP, will result in Alexandroupolis, and Thrace, becoming a new energy hub. And this as a whole serves the new vision for our country. A country interconnected, with strong defense capacity, sovereign, with a bright economic future in a prosperous Europe." 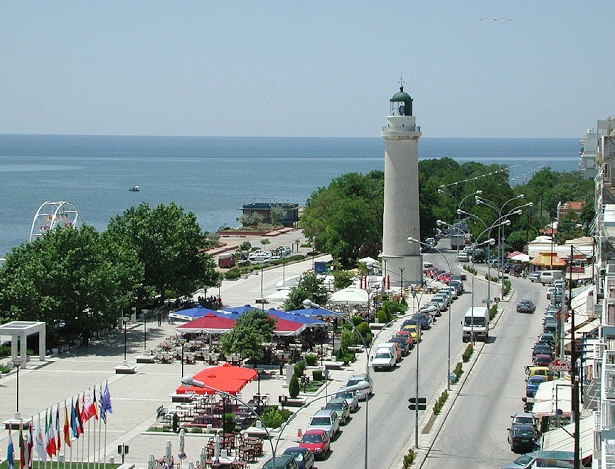 View of Alexandroupolis (by Spiridon Ion Cepleanu via Wikimedia Commons)

It is worth noting that, on 14 October 2021, a Protocol of Amendment to the MDCA was signed between Greece and the USA, further renewing their original "Mutual Defense Cooperation Agreement" (1990). The extension of this long-standing defence cooperation further not only safeguards Greece’s interests, reinforcing the area’s safety, but also advances security and stability in the Eastern Mediterranean. The strategically positioned port has already become a critically important transportation and logistics hub for NATO military operations in the Balkans and Eastern Europe.

The Alexandroupolis port was used by the US and other allies to transport military equipment and forces during the military exercises Defender Europe 2021 and Operation Atlantic Resolve. Addressing an event for the Atlantic Resolve Distinguished Visitors Day, outgoing US Ambassador to Greece Geoffrey R. Pyatt said that the "ever-growing volume of military activity at the Port of Alexandroupolis underscores the location’s expanding strategic role and importance for Greece, for the United States and for the wider region". Speaking at that same event, Greek National Defense Minister Nikolaos Panagiotopoulos stated that the city’s port has improved its operations significantly due to the collaboration between Greece and the USA. 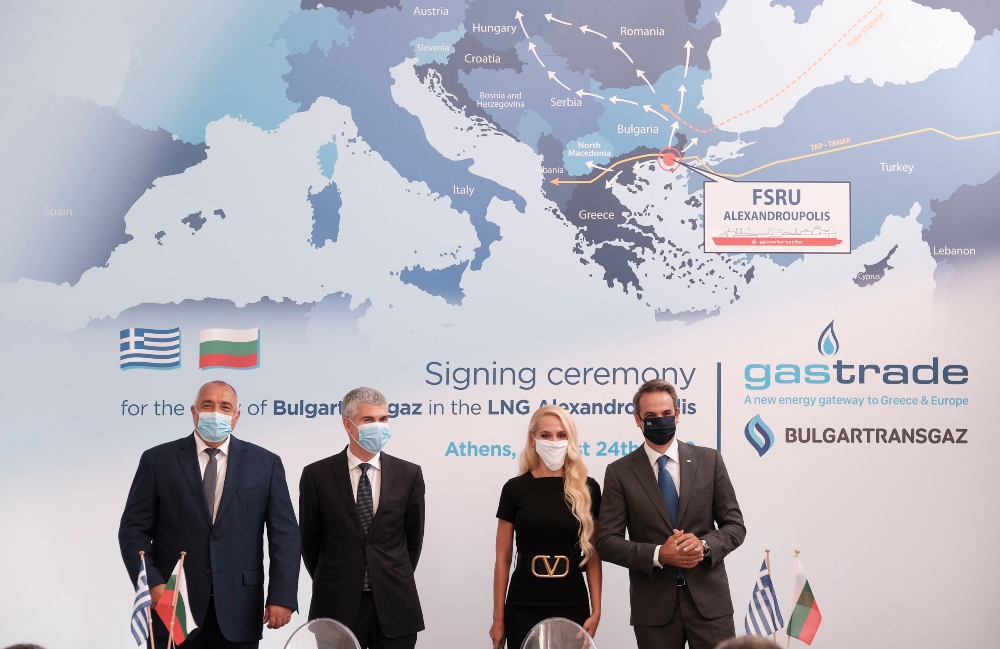 The port is also important to the region’s energy security, diversification, and transition to clean energy. The Alexandroupolis Independent Natural Gas System (INGS) project, which comprises an offshore floating unit for the reception, storage, and re-gasification of LNG (FSRU), a system of a subsea and onshore gas transmission pipeline, will be connected to the Greek National Natural Gas System (NNGS),  the Natural Gas Interconnector Greece-Bulgaria (IGB) and the Trans Adriatic Pipeline (TAP). This will make the Alexandroupolis port a major supplier of clean energy for Greece, Southeastern Europe and the broader region. In January, Gastrade SA shareholders made the Final Investment Decision (FID) for the construction of the Independent Natural Gas System (INGS) of Alexandroupolis.

Furthermore, the partial privatisation of the Alexandroupolis port is expected to play an important role in further upgrading the port’s infrastructure, facilities and services, and advancing its modernisation. The tender, which concerns the sale of at least 67% of Port Authority’s shares by the Hellenic Republic Asset Development Fund (HRADF), is now at its final stage, with binding offers to be submitted towards the end of April. Four bidders are currently shortlisted.

N.M. (Based on an article from Greece In America, the official newsletter of the Embassy of Greece in Washington; images ©ANA-MPA)