“Heritage and Memory: A Focus on Jewish Greece” a virtual event for the International Holocaust Remembrance Day (27.01) 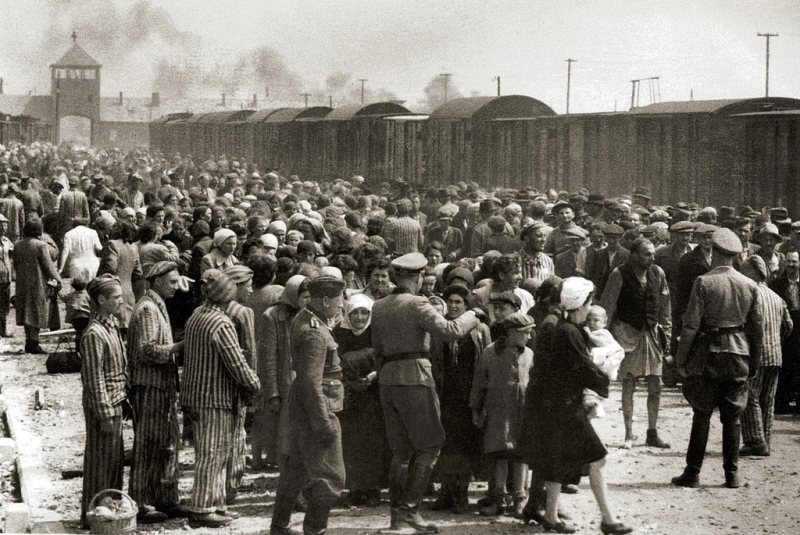 The 27th of January has been designated by the United Nations as the annual International Day of Commemoration in Memory of the Victims of the Holocaust. The date marks the anniversary of the liberation of the Nazi Concentration and Extermination Camp of Auschwitz-Birkenau by the allied powers on 27 January 1945. This day is also designated in Greece as Remembrance Day of the Greek Jewish Martyrs and Heroes of the Holocaust. Today, along with the international community, Greece honours the memory of the millions of Jews, Greeks and non-Greeks, who fell victim to the most horrible crime in modern history, reaffirming its unwavering commitment to counter anti-semitism, racism, and other forms of intolerance that may lead to group-targeted violence.

This year, on March 1, Greece is also assuming the presidency of the International Holocaust Remembrance Alliance (IHRA), a network that unites governments and experts to strengthen, advance and promote Holocaust education, research and remembrance and to uphold the commitments to the 2000 Stockholm Declaration. Greece, having been a full member of IHRA since 2005 has undertaken the responsibility to preserve the collective memory of those who have perished during the Nazi genocide keeping these memories alive as a bulwark against any form of anti-Semitism, racism or intolerance, and as something new generations must avoid.

The ten-day event includes four presentations by distinguished speakers that will present views of Greece’s Romaniote and Sephardic communities to an international audience, a book discussion, as well as free screenings for eleven films and one extended preview that look at the Jewish communities of Thessaloniki, Ioannina, Kastoria, Zakynthos, and Rhodes. Partners include the Panepirotic Federation of America and the UCLA Alan D. Leve Center for Jewish Studies. The event is being supported by the philanthropists Aliki Perroti and Seth Frank.

More precisely, the event will comprise the following:

Conversations and a Book Discussion

January 27 at 10 am (PT)
Conversation with the Honorable Moses Elisaf, Mayor of Ioannina, the first Jewish mayor in the history of Greece. (Co-Sponsored By The Panepirotic Federation Of America). Introduced By Her Excellency Alexandra Papadopoulou, Ambassador Of Greece to the USA.

January 30 at 10 am (PT)
Book Discussion with Rika Benveniste, the award-winning author of the book “Luna. An essay in historical biography” (in Greek) at an open meeting of a Modern Greek Book Club.

February 1 at 10 am (PT)
Leon Saltiel, Historian, University Of Macedonia, Thessaloniki will discuss the destruction of Thessaloniki’s ancient and vast Jewish cemetery which commenced in December 1942. “Dehumanizing The Dead: The Destruction Of Thessaloniki’s Jewish Cemetery During World War II”

February 3 at 10 am (PT)
Rena Molcho, Historian & International Award-Winning Author “Problems Of Incorporating The Holocaust Into The Greek Collective Memory”

GNA had the honour to interview in the past Mayor Moses Elisaf and the author Rika Benveniste. You can find their interviews at the end of this article, in the Read more Section.

The majority of films will be available worldwide for online viewing throughout the entire ten days of the event. Several films trace the experience of Jews who were sheltered by Christian Greeks during the Nazi Occupation. The screenings are organized by the Los Angeles Greek Film Festival that has always been present in supporting filmmakers and films that make a difference in art and in life as well, as Aris Katopodis, the Festival’s Artistic Director, stated.

Free tickets for film screenings can be found at: https://heritage.eventive.org/films.

A short overview of the Greek Jewry

The presence of Jews in Greece traces back to antiquity. The Greek Jews, known as Romaniotes, are considered among the oldest Jewish communities in the world today and they are the oldest Jewish community in Europe. According to archeological findings, the Greek-speaking community of Romaniotes has lived in Greece continuously, since Hellenistic times (3rd century B.C.). Large Romaniote communities were located on the mainland (Thessaloniki, Ioannina, Arta, Preveza,Volos, Chalcis, Thebes, Corinth, Patras) as well as on some islands, like Rhodes, Chios and Samos. 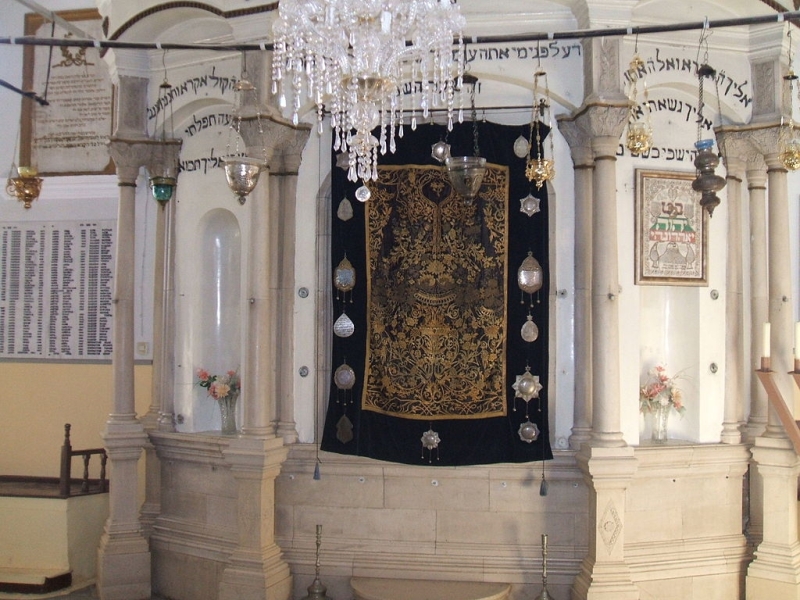 The Jewish population of Greece increased dramatically in 1492, when the Sephardic Jews were expelled from Spain because of their faith. It is estimated that more than 200,000 Jews were expelled from the country while a great number came to the Ottoman Empire to rebuild their lives. In Greece, they settled in large numbers in key commercial cities in the north of the country and the Aegean islands, such as Thessaloniki, Kavala and Rhodes, bringing with them their own traditions, language, craftsmanship and occupations. 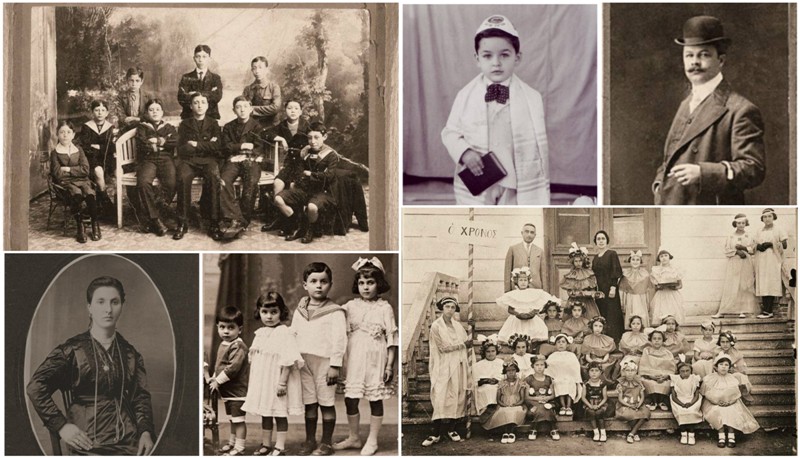 The Sephardic Jewish community of Greece flourished for almost five hundred years, especially in the northern city of Thessaloniki, or “Salonika.” The city had become the Jewish centre of Europe, a veritable Jerusalem of the Balkans – the "city and mother of Israel," according to Jewish poet Samuel Usque.

The Jewish population of the city was approximately 50,000 at the time of the German occupation in 1942. Almost all the Jewish people transported in trains from Thessaloniki were murdered upon their arrival at Auschwitz-Birkenau; this represented about 90 percent of the city’s total Jewish population.

In total, roughly 85 percent of Greece’s Jews perished out of the prewar population of 72,000. There are only about 6,000 individuals who identify as Jewish living in Greece today, with a little fewer than 2,000 living in Thessaloniki. (Source: Jewish Museum of Greece, Research Center) 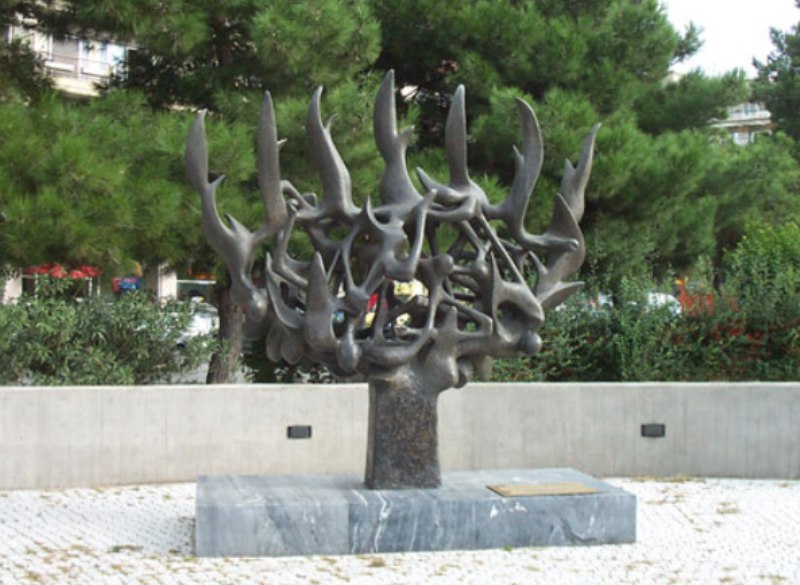 Thessaloniki Holocaust Memorial (Credit: Courtesy of Arie Darzi to memorialize the Jewish community in Greece. אריה דרזי, ARIE DARZI, CC BY-SA 3.0, via Wikimedia Commons). The Holocaust Museum of Greece will be established in Thessaloniki, as well.

Read more via Greek News Agenda
Special Issue: The Jews of Greece
Rethinking Greece | Interview with Moses Elisaf, the first Greek Jew to be elected Mayor
Rethinking Greece: Henriette-Rika Benveniste on the history of Greek Jewish communities and the rise of the extreme right in Europe
Filming Greece | Thessaloniki 1917: The fire that gave birth to a city
Filming Greece | Director Manoussos Manoussakis: “The Fight Against Nazism is Always Contemporary”
Filming Greece | LAGFF Director Aris Katopodis on Modern Greek Cinema and the adventures of Going Online
Colonel Mordechai Frizis, the first Greek senior officer to die in WWII
The Jewish Museum of Thessaloniki part of the Open House Event
Mobile app revives Jewish history of Crete
Shedding Light on the Holocaust Survivors in Greece