The City of Athens recently proceeded with the complete reconstruction of Athens’ largest food market, the historical “Varvakeios Market”. As the Mayor of Athens, Costas Bakogiannis, stated: “The heart of Athens is beating here, in Varvakeios; it is beating loudly and we all have great joy and enthusiasm because, today, the Market is turning the page”. 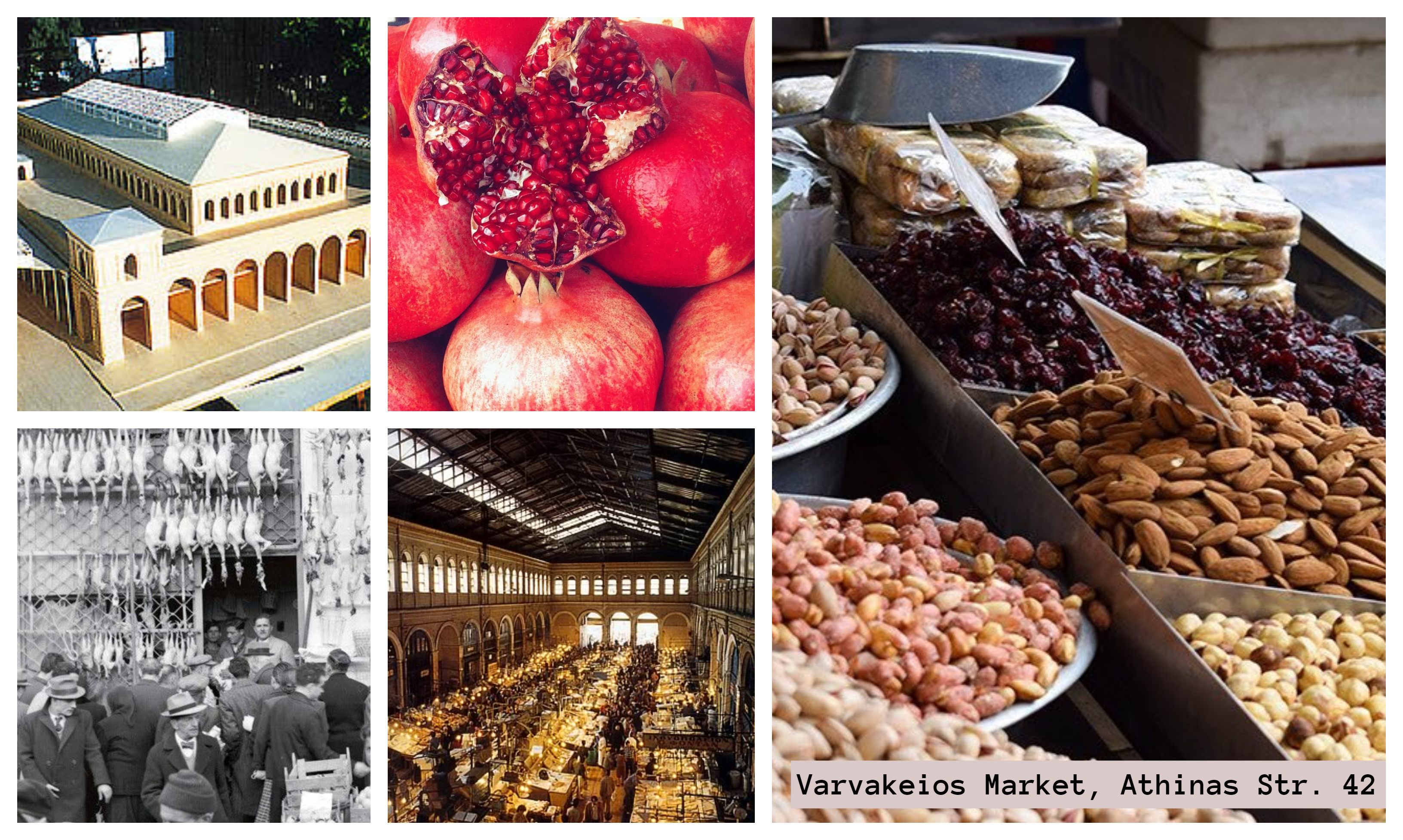 With a history of over 130 years, Varvakeios Agora is Athens’ Municipal Market located centrally on Athinas Street, which connects Monastiraki and Omonoia squares. It includes a meat market, a fish market, as well as an open-air fruit and vegetable market. The meat, poultry and fish stalls are housed in a building that was constructed by architect and professor at the National Technical University of Athens, Ioannis Koumelis. The idea was to consolidate the shopping booths that, until then, had been scattered around the Ancient Agora.

The Market was named after one of Greece’s national benefactors, Ioannis Varvakis (1745-1825). Born on the historic island of Psara, Ioannis Leontides -as was his real name- was given his nickname from birds of prey that the inhabitants of Psara call “varvakia”, on account of his penetrating gaze and intense character. In fact, Varvakis was a multifaceted personality of pre-revolutionary Hellenism, beginning as a corsair/pirate and ending up as a nobleman. He left the greater part of his wealth to the Greek state for charitable causes, among which was also the construction of the Varvakeios Market in Athens in 1878. 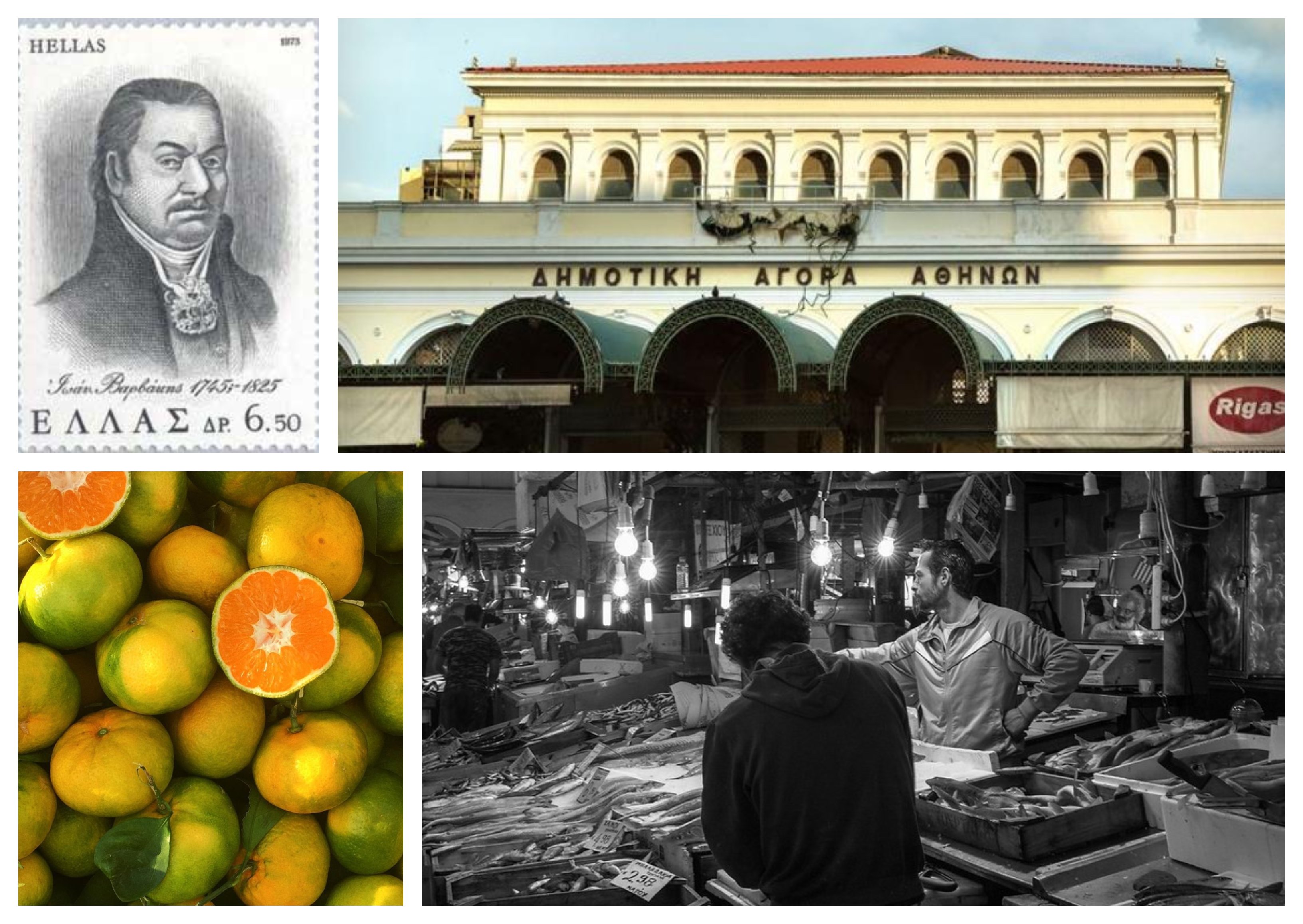 If you are a foodie looking for an authentic gastronomic experience in the heart of Athens, you will certainly love a visit to Varvakeios Market. In business nonstop since 1886 and open every day except Sunday, from early in the morning until late afternoon, the Market is a vibrant hub of authentic city life. In fact, experiencing its colors, sounds and aromas is like being catapulted into another era! The liveliest area is perhaps the fish market, where one can find around 100 professional fishmongers and get to know the “fishing geography” of the Aegean, while there are also many shops inside and around the market selling olives, herbs, spices, nuts and dried fruit, impressive varieties of Greek cheese, as well as traditional Greek sausages like soutzouki and pastourmas.

A must-meeting point for Athenians, especially on festive days of the year, the Market is literally the Grand Central Station of food, where people from all walks of life and lifestyles converge to discover the freshest and most delicious ways to satiate their hunger. Make no mistake; everyone shops here, from celebrity chefs to neighborhood grocery store owners. The Varvakeios Market is, thus, a tribute to the everyman as it knows no class divides, while it is also home to old cookhouses, such as the famed “Epirus” tavern, where one can enjoy some of the most traditional Greek dishes that are hard to find anywhere else.

Whether a visitor to Athens or a local interested in culinary heritage, the Varvakeios Market is, thus, a definite place to visit! 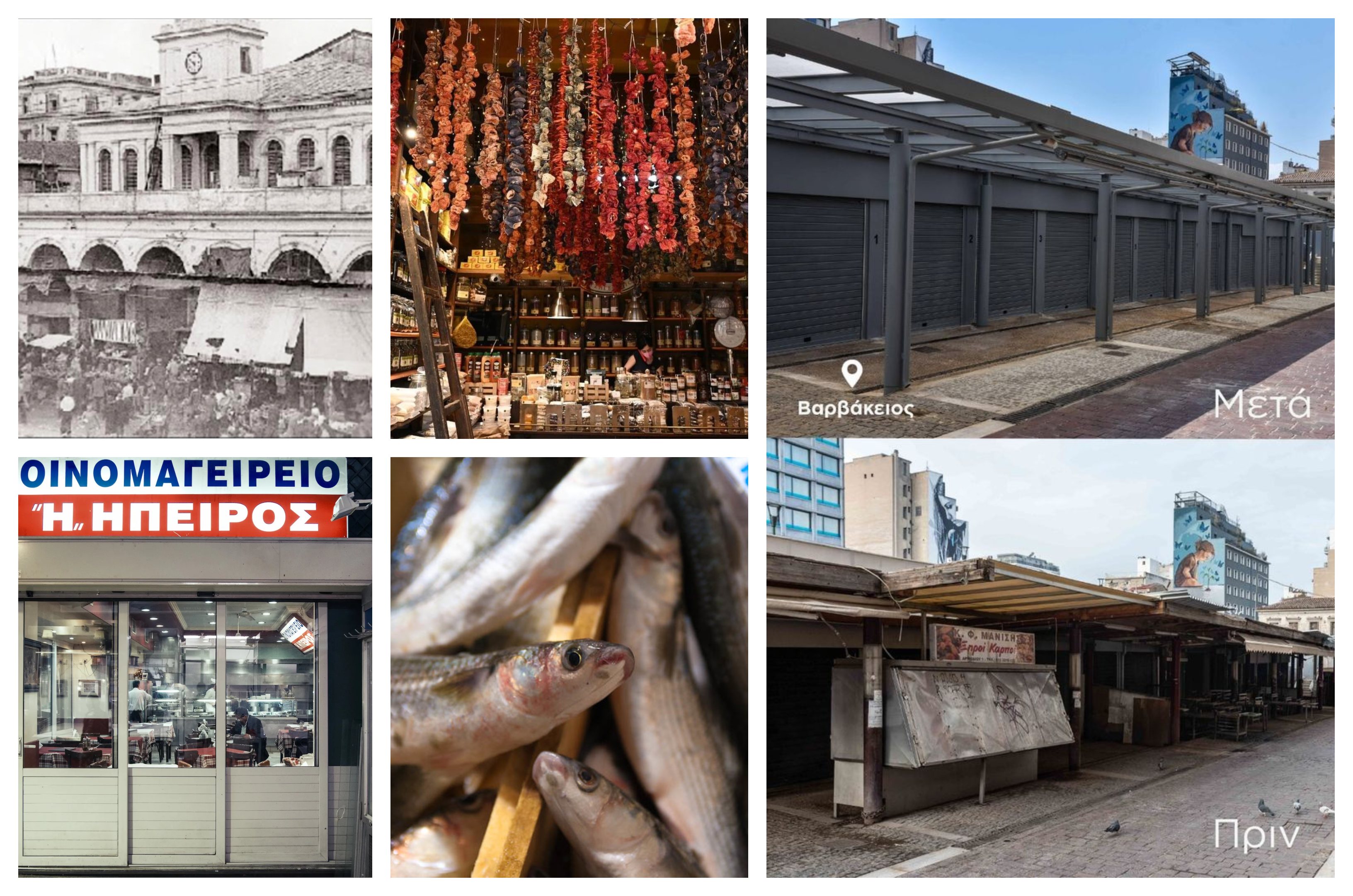