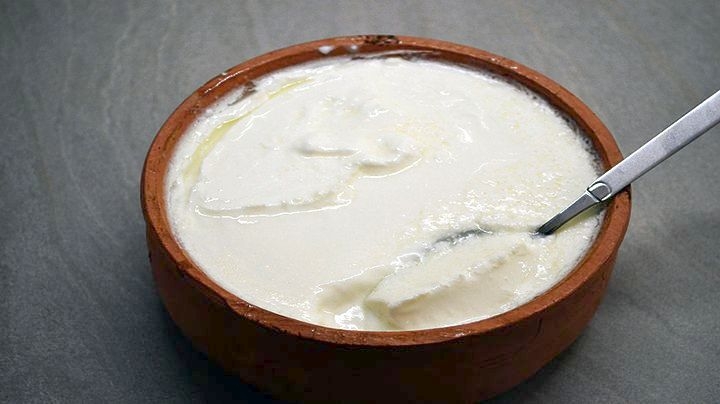 Although it has formed an essential part of Greek diet for very long, it was only recently that strained yogurt found its way to Western Europe and the other side of the Atlantic; about a decade ago, a Greek-yogurt craze indeed took over American consumers, who discovered dozens of ways to enjoy this rich and creamy, but also nutrient-packed product. With more and more people becoming conscious of their eating habits, Greek yogurt has become a common choice for those looking for healthy food options without compromising taste.

It is not clear when and where strained yogurt was first invented, but it is a staple all around the eastern Mediterranean and Middle East, and many other parts of south-eastern Europe and Asia; it is consumed raw as well as used in the preparation of both sweet and savoury dishes.

What makes it different compared to the type of yogurt usually consumed in Western Europe and North America is its making process: it is strained in a cloth to remove the whey, which gives it a thicker consistency and a distinctive sour taste. It can be made from sheep, goat or cow milk, which may have been enriched by boiling off some of its water content. The straining process makes even non-fat varieties thicker, richer, and creamier compared to unstrained yogurt, but it also requires a bigger amount of milk. 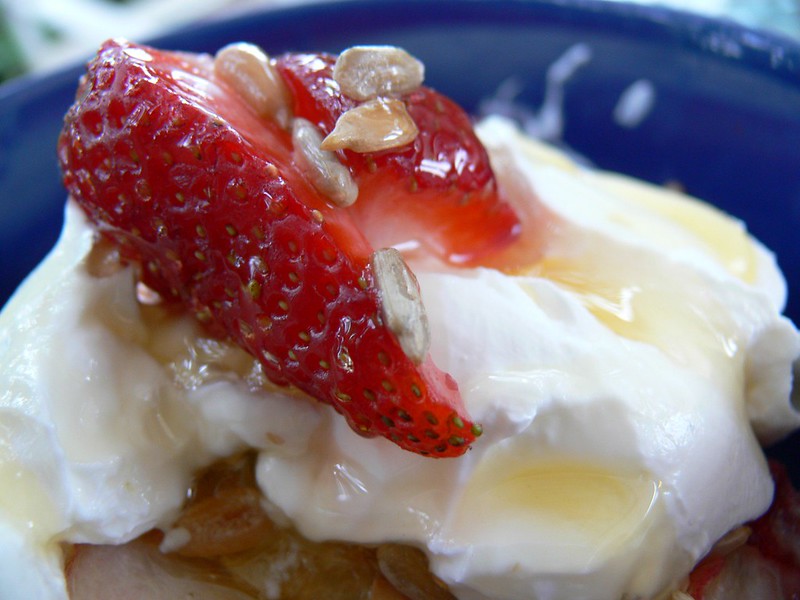 In Greece, traditional, old-style yogurt is made from sheep and/or goat milk, served in flat clay pots, with a fatty film or "skin" formed on its surface, which is discarded by many but consumed as a unique delicacy by others. Most yogurt brands in Greece today, however, use cow milk. Standard production provides a choice of 0, 2, 5 or 10% fat.

Yogurt is widely consumed in Greece, either on its own -as breakfast, snack or a light meal- as the basis of a hearty dessert, when combined with honey and nuts (usually walnuts), or with traditional Greek fruit preserves called "spoon sweets", usually made from fruit such as sour cherries, figs, quinces or bergamot.

Strained yogurt is also the main ingredient in one of Greece’s most popular sauces, the famous tzatziki, where yogurt is mixed with finely chopped cucumbers, garlic, salt and olive oil to create the ubiquitous dip that can be paired with almost any savoury dish of the Greek cuisine, but is most prominently featured in the Greeks’ favourite street food, the souvlaki – pork skewers or gyro with fresh salad served in pita bread. 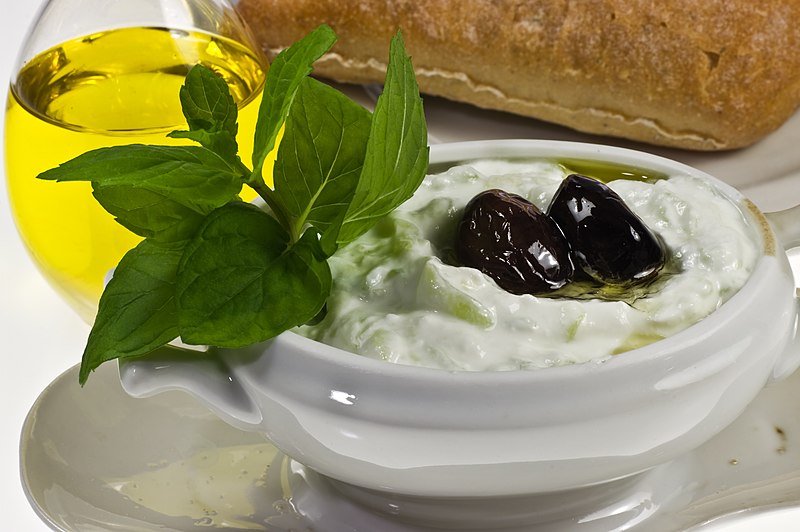 Greek yogurt has rapidly gained popularity because it is a healthy choice while also being tasty and filling. Since the straining process removes some of its lactose, strained yogurt is lower in sugar and carbohydrates than the unstrained kind, while it also contains a higher amount of protein. As all yogurts, it is also an excellent source of calcium, magnesium, vitamin B12, and iodine.

Greek yogurt is also a great source of probiotics, that is, live bacteria and yeasts that can help boost your immune system and are especially beneficial to the digestive system. Due to its rich consistency, and because it curdles less readily when cooked, strained yogurt can be used not only raw -as breakfast, snack or a cold dip- but also in many recipes, since it is an ideal substitute for fattier products such as sour cream, cream cheese, butter, mayonnaise and buttermilk. 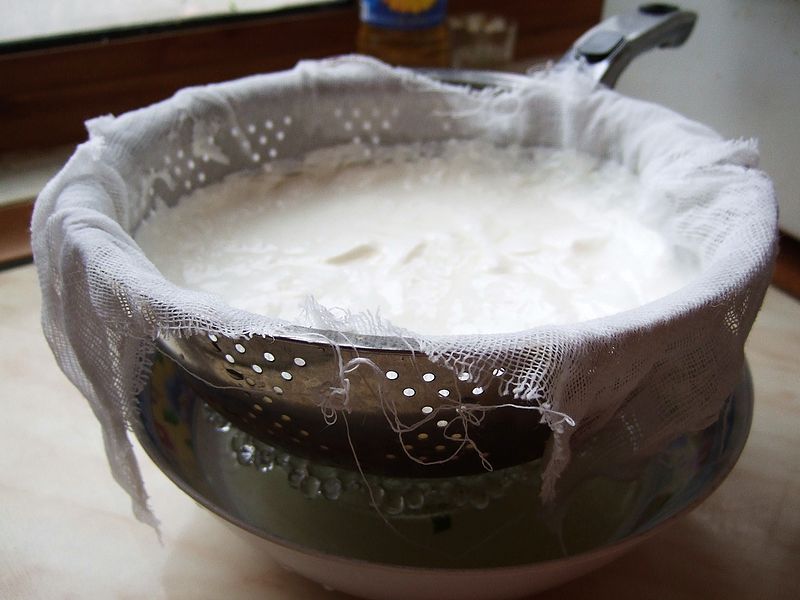 According to data provided by the Organisation for Economic Co-operation and Development (OECD), in 2018 Greece was the 4th largest exporter of yogurt in the world, with a 7.24% market share ($193M exports value) after Germany (24%) and France (12.3%), and closely following Saudi Arabia (7.33%). It should be noted that Germany and France are among the world’s top dairy producing countries and held the first and fourth place, respectively, in the list of top milk exporters in 2018. Greece, on the other hand, is not known as a milk-producing country, and its status as a yogurt exporter is based primarily on its sturdy yogurt-making tradition.

In 2019, Greece had a 7.5% market share, which means it more than doubled its share in ten years (from 3.1% in 2009). According to a comprehensive survey by the National Bank of Greece, Germany and France remain the dominant forces in the "mass" market segment, yet Greece has a 48% share in the "premium" segment of the market (products with a price of €1.8/kg or more).

Greek yogurt is presently exported in over 40 countries all over the globe; the key countries leading Greek yogurt consumption are the US with a 51.12 percent of market share, France with 8.70 percent share, Germany with 8.31 percent and the UK with 6.31 percent, followed by Greece with a 4.01 percent market share. Market analysts predict a steady growth Greek yogurt market, estimating a compound annual growth rate of 8.85 percent by 2021.